Stories on Dorian in the Bahamas, Latin America and social justice honored by Catholic press

Images of some of the stories that earned La Voz Católica 13 awards in the Catholic Press Association's 2020 contest.

MIAMI | The archdiocesan newspapers — La Voz Católica and the Florida Catholic Miami edition — received a combined 17 awards for excellence in journalism in the 2020 contest sponsored by the Catholic Press Association, with Archbishop Thomas Wenski adding one more with a first-place win for his Twitter account.

Among the top awards garnered by the monthly newspapers were English language Writer of the Year and three first place awards for Spanish-language reporting on social justice, local issues and the Synod on the Amazon. La Voz also won four second places, four third places and two honorable mentions for a variety of stories on local, national and international topics. 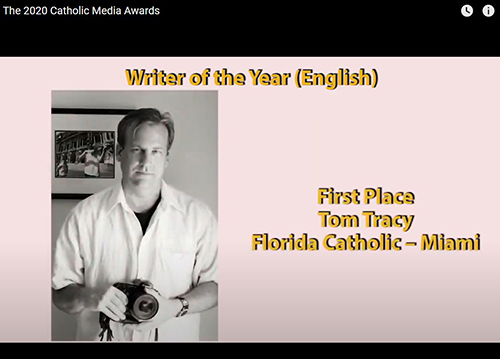 "I think Tom was the only reporter in the entire country covering this story for the Catholic Church," wrote Ana Rodriguez-Soto, editor of the Miami edition, in her nomination letter. 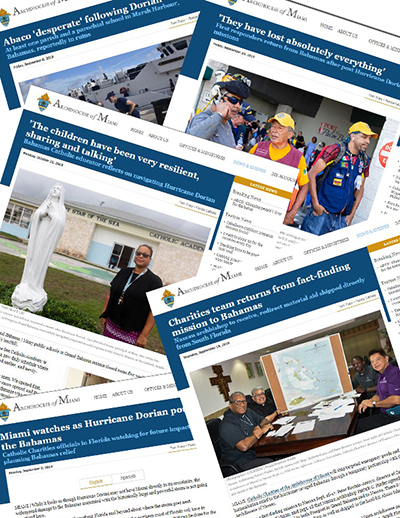 Tom Tracy won Writer of the Year for his months-long coverage of Dorian's destruction and the Church's efforts at reconstruction in the Bahamas.

Tom Tracy, a freelance writer and photographer for the Florida Catholic, received the top honor as Writer of the Year for his reporting, from September through December 2019, of the ravages wrought by Hurricane Dorian on the Bahamas.

"I think Tom was the only reporter in the entire country covering this story for the Catholic Church," wrote Ana Rodriguez-Soto, editor of the Miami edition, in her nomination letter.

"The Bahamas is less than 100 miles away from South Florida’s coast, and we were fortunate to be spared the horrible impact of Dorian. So, when we breathed that sigh of relief, it was easy to forget about our neighbors and their suffering. Tom’s single-handed, single-minded reporting and writing did not let us forget," Rodriguez-Soto wrote. "His work in this instance is a shining example of excellence in Catholic journalism, which aims to inform and inspire. Tom informed Catholics in the U.S. about the suffering of their neighbors in the Bahamas. He inspired us to help our neighbors."

La Voz reporter Rocío Granados won a first place, three second places and two honorable mentions for her reporting on a "quinceañera" event at St. Ann Mission in Homestead; the situations in Venezuela and Nicaragua; how Catholics can care for God's creation; the plight of immigrants in South Florida and at the U.S.-Mexico border; the David awards for Catholic musicians; and the cultural significance of Cuba's patroness, Our Lady of Charity.

Florida Catholic and La Voz freelancer Cristina Cabrera Jarro won in a number of Spanish categories: a first place for a story on Camp Erin, a Catholic Hospice-sponsored camp for children grieving the loss of a relative; and two third places for stories on a young woman battling cancer and a local high school student whose achievements earned her a full scholarship at the college of her dreams.

La Voz freelancer Jose Antonio Varela Vidal, who writes from Peru, won a first place for his analysis of the Synod on the Amazon. And La Voz editor Emilio de Armas won a third place for an editorial on the senseless killing of children.

Florida Catholic freelancer Linda Reeves won a second place in English for her story on a Muslim family who became Catholics during the Easter Vigil at Blessed Sacrament Church in Fort Lauderdale.

Tracy's coverage of Dorian in the Bahamas, augmented by articles from Reeves, Rodriguez-Soto and freelancer Jim Davis, also earned a second place for disaster coverage.

Following is a list of the award categories, writers, and judges' comments: 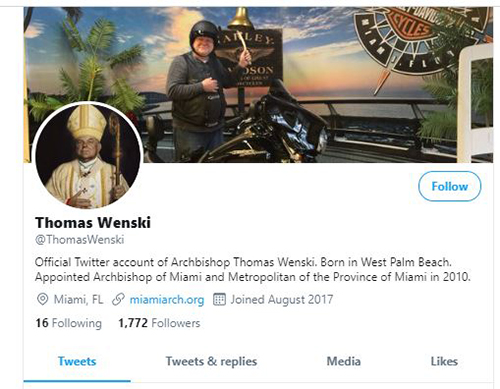 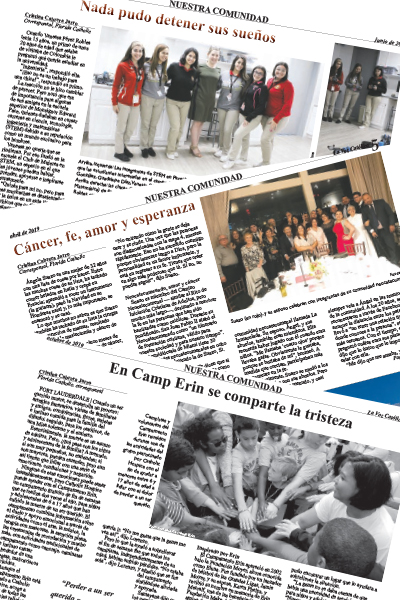 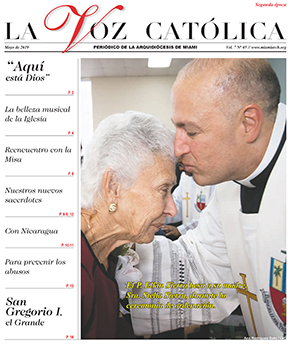 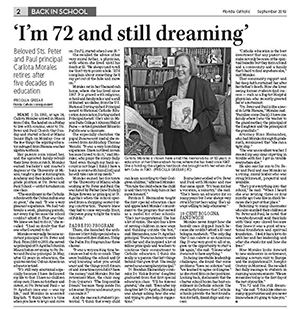 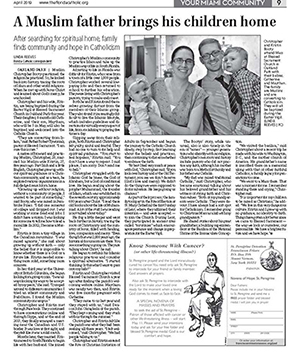 This profile of a Muslim family who converted to Catholicism earned freelancer Linda Reeves a second place for Reporting on the Celebration of a Sacrament n in the 2020 Catholic Press Awards.

The awards were announced in an online video July 2, 2020, and cover work done from January to December 2019. The video marked the conclusion of this year's Catholic Media Conference, which took place June 30-July 2 online rather than in person due to the coronavirus pandemic. The in-person convention was set to take place the same week in Portland, Oregon.

The Catholic Press Association represents 199 member publications in the U.S., Canada and Ireland, including newsletters, magazines, diocesan, national and international newspapers. They submitted around 3,100 entries for this year's contest.