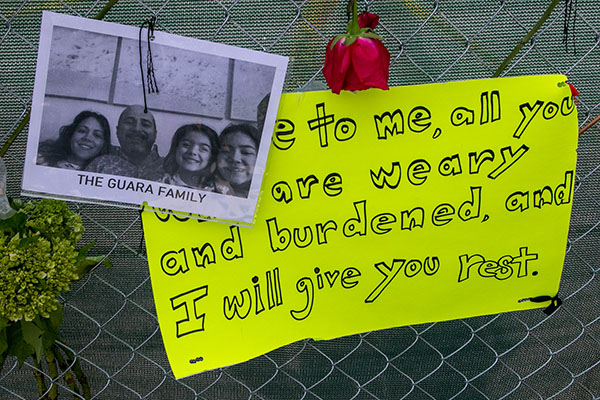 An image of the Guara family, parishioners at St. Joseph on Miami Beach, is posted on one of several walls of remembrance that have sprung up. This one is at one of the entrances to Stella Maris, a residence for seniors operated by Catholic Health Services. On June 29 and 30, officials confirmed that Marcus Guara, 52, his wife, Anaely, 42, and their daughters, Emma, 4, and Lucia, 11, perished in the collapse. 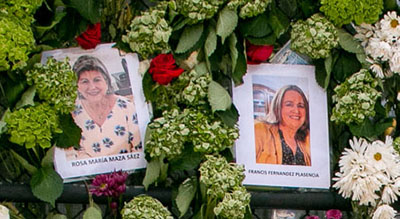 MIAMI BEACH | The following registered parishioners of St. Joseph Church lived in Champlain Towers South and remain missing, according to an announcement made by Father Juan Sosa, St. Joseph’s pastor, at the parish Masses on Sunday, June 27. St. Joseph is the parish closest to the site of the collapse.

Parishioners Cesar and Carla Guerrero, Apt. 504, were not in the building that night.

The following, while still registered, had sold their condo prior to June 24:

The following were rescued among the original 35 residents that got out after the collapse of the building:

The list of names was placed on the altar, and parishioners were invited to add the names of other people who might not be registered but perhaps visited the condos and attended the church on weekends.

“We’d like to remember everyone who’s missing at this time,” Father Sosa said. Those include:

Those missing with connections to Belen include:


This list is being updated as information is received.

Mary Perrottet - 06/28/2021 07:00 PM
From Sydney, Australia I send my heartfelt, prayerful sympathy in the tragedy which has overcome Miami. Thinking and praying for all those affected including the rescuers.