'Let us reflect on how she lived'

Facebook post shows three of the women caught in the collapse of Surfside's Champlain Towers South June 23, 2021, a few hours before the tragedy. The two at far left are Maggie Vazquez-Bello and Francis Plasencia; Rosi Maza is in the center, fourth from the left.

MIAMI | Two photos sum up the tragedy of the collapse of a condominium in Surfside: one, more generic, of the piles of rubble and dust left behind; another, poignantly personal, of six women smiling in front of a colorful backdrop of sunflowers.

Taken and posted on Facebook Wednesday, June 23, the photo shows the women enjoying “Van Gogh: The Immersive Experience” at the Ice Palace Studios. By Thursday morning, three of those women were missing, somewhere under the rubble.

Rosi Maza and Francis Plasencia chose not to drive back that night from the “west of South Beach, south of Wynwood” Ice Palace to their South Miami homes. They stayed instead at their friend Maggie Vazquez-Bello’s Surfside condo: Champlain Towers South. 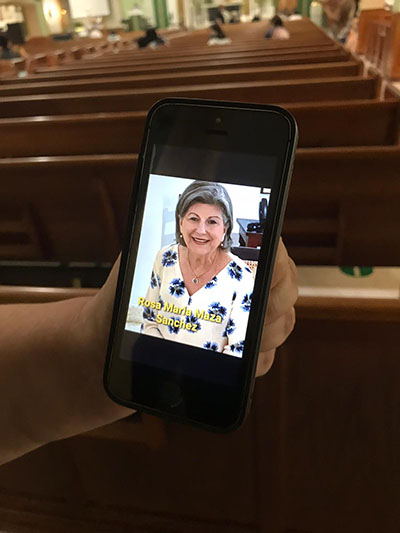 Image of Rosi Maza shared by a woman at St. Joseph Church, Miami Beach, July 2, 2021. Maza had started a Christian Life Community at the parish, which is located a couple of blocks away from the partially collapsed Champlain Towers South condominium where she had stayed with two friends on the night the building toppled.

And though hope and faith endure, Maza’s brother, a Jesuit priest based in the Dominican Republic, sent an email June 25 to friends and relatives acknowledging the stark reality of the situation.

“Seeing what is left of the floors of the building, it would be very difficult for anyone to survive,” Father Manuel Maza wrote. “Although I can’t assimilate yet what has happened, I give thanks for the life of my sister Rosi, her 70 years, and everything she sowed.”

Indeed, she sowed plenty of good deeds, according to her family and friends. At a Mass he celebrated June 30 at the Ignatian Spirituality Center in Miami, her brother recalled how Rosi “solved the problems of many immigrant families” by gathering and delivering donations of clothing and furniture.

He described the mother of two and grandmother of six as “a woman of daily prayer,” devoted to her family, who saw the good in everyone and “believed in goodness.”

“Rosi was very much loved,” said Mimi Leon, a retired Archdiocese of Miami employee who had known Maza for nearly 20 years. Both took part in Christian Life Communities and volunteered at the Ignatian Spirituality Center in Miami.

“She helped everyone,” said Leon. “She was there when anyone asked her for anything.”

The two last saw each other about a week before the collapse, at the funeral of a mutual friend at Epiphany. 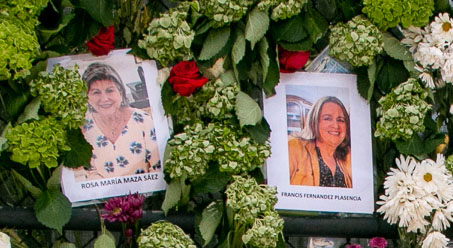 Leon recalled how Maza had battled several recurrences of cancer. When Leon faced her own battle with the disease a few years ago, Maza reassured her, “Don’t be discouraged. You’ll see you’ll come out of this,” Leon recalled. “Her words gave me a lot of hope.”

On Thursday morning, Leon woke up at 4 a.m. and noticed her television had stayed on. The news of the collapse was on the air. She remembers thinking, “Oh my God. Let there be no one dead. The last thing that entered my mind was that Rosi would be there.”

“These days have been horrible,” Leon added. “I feel such desolation.”

But she felt somewhat less troubled when she realized that, because of the collapse, hundreds of older, high-rise buildings in Miami-Dade County – and perhaps beyond – would be inspected for signs of structural deterioration.

“Then Rosi’s death has not been in vain,” Leon said. “The lives of those people will serve to save the lives of many others.”

Father Maza, speaking at the Mass June 30, said he found comfort in what one of Maza’s two sons told him: “Uncle, let’s not think so much about how she died, rather let us reflect on how she lived.” 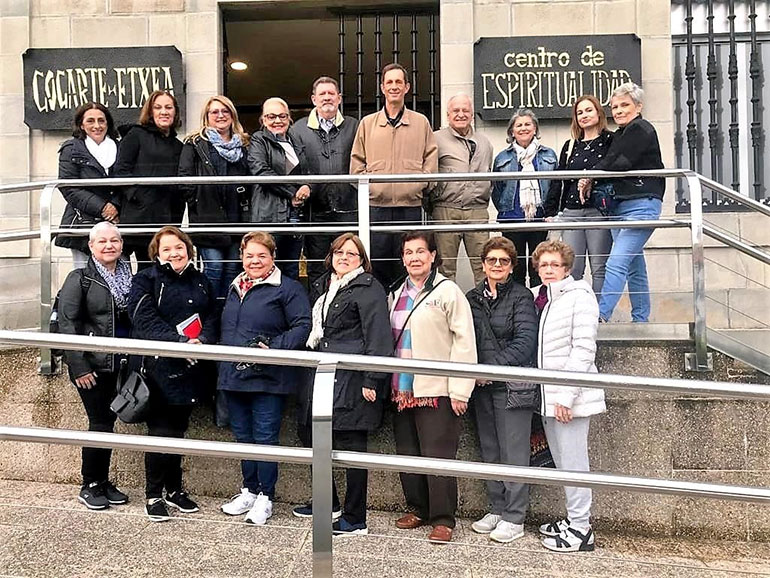 This photo shows Rosi Maza, third from right at top, in Loyola, Spain, with a group from Miami that she led on a "Steps of St. Ignatius" trip in October 2019. The photo was shared in an email by Teresa Fernandez Soneira, third from left at bottom, a local historian, author and occasional contributor to La Voz Catolica. Her family said Maza loved to travel.