St. Joseph parishioner, 92, among the dead in Surfside condominium collapse 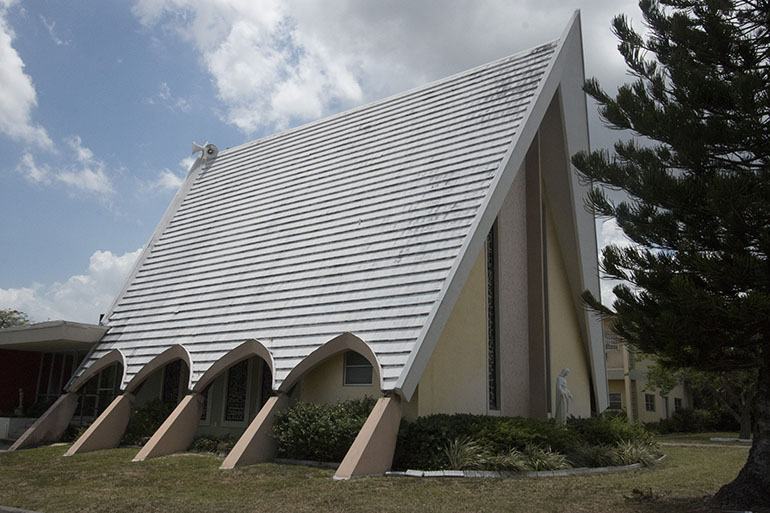 View of the chapel at Archbishop Curley-Notre Dame High School, with the Marian statue commissioned by Hilda Noriega in honor of her deceased daughter. ACND merged with Msgr. Edward Pace at the start of the 2017-2018 academic year. The statue is now on the southeast corner of St. Mary Cathedral, across the street from the parish hall. 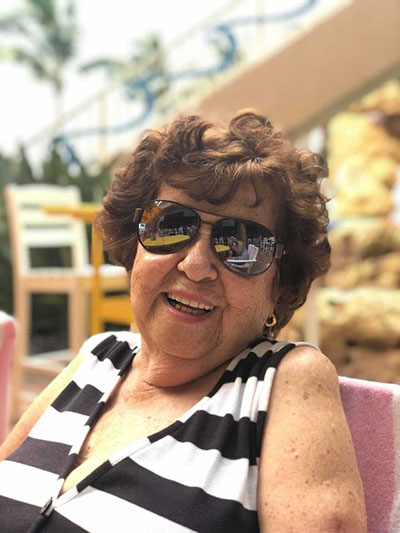 Hilda Noriega, 92, perished in the collapse of the Champlain Towers South condominium in Surfside. She frequently attended daily Mass at St. Joseph Parish, just two blocks away from the partially collapsed building. 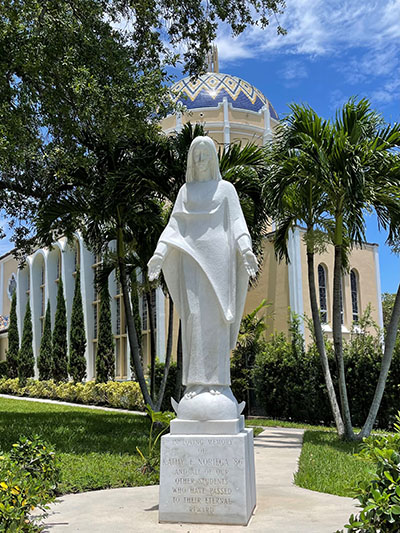 View of the Marian statue commissioned by Hilda Noriega in honor of her deceased daughter and initially located outside the chapel of Archbishop Curley-Notre Dame High School. It is now located on the southeast corner of St. Mary Cathedral, across the street from the parish hall.

MIAMI BEACH | Hope Sadowski knew, when she heard about the collapse of Champlain Towers South in Surfside, that Hilda Noriega, her 92-year-old fellow parishioner at St. Joseph, might be among the dead.

“I knew that the chances of her having survived a fall from the sixth floor were very slim,” said Sadowski, an administrative assistant in the archdiocesan Department of Schools and a longtime parishioner at St. Joseph.

That’s where the two had met — but in the way parishioners often know each other, by sight and not necessarily by name. Both Noriega and Sadowski often attended daily Mass at the church — the closest to the site of the collapse. The part of Champlain Towers South that remains standing is visible from the church parking lot.

Noriega’s son is the chief of police of North Bay Village. She was the 12th victim to be found. Her body was recovered June 29, her identity announced June 30.

A statement issued by the family through the North Bay Village government noted: “The Noriegas have lost the 'heart and soul' and 'matriarch' of their family, but will get through this time by embracing the unconditional love Hilda was known for."

Sadowski saw Noriega at Mass the Monday before the collapse.

“Lovely, lovely lady. Very, very sweet,” said Sadowski, who got to know Noriega better several years ago, when the archdiocese announced the closing of Archbishop Curley Notre Dame High School in Miami. It merged with Msgr. Edward Pace High School in Miami Gardens at the end of June 2017.

Noriega’s daughter, Cathy, was a member of Curley-Notre Dame’s class of 1986. She died in a car accident before graduation. In her memory, Noriega and her classmates commissioned a statue of the Virgin Mary to be placed in front of the chapel at the school. When it closed, Noriega asked Sadowski to find a suitable home for it, preferably in another school.

“The statue was placed in the corner of the cathedral, across the street from the parish hall” and the cathedral school, Sadowski said.

She also heard, although it could not be confirmed, that rescuers found Hilda “with a rosary in her hand.”