The execution of Lisa Montgomery: a Catholic response 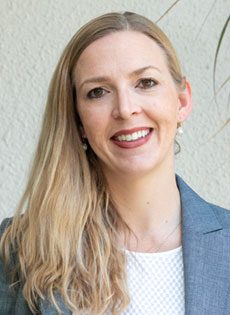 Last Wednesday, Jan. 13, 2021, 52-year-old Lisa Montgomery was executed by lethal injection at a federal prison in Indiana. Her crimes were heinous. The Associated Press reported that: Montgomery killed 23-year-old Bobbie Jo Stinnett in the northwest Missouri town of Skidmore in 2004. She used a rope to strangle Stinnett, who was eight months pregnant, and then cut the baby girl from the womb with a kitchen knife. Montgomery took the child with her and attempted to pass the girl off as her own.

And yet our Lord says in the book of Ezekiel“...I have no pleasure in the death of the wicked, but that the wicked turn from his way and live” (33:10). He continues:

This passage from Sacred Scripture points to the hope we can have in Christ through repentance. The invitation to turn from sin and LIVE is extended to all of us. Neither is it dependent upon the civil authority’s administration of justice. Whether one’s human existence will soon come to an end or continue indefinitely, the possibility of repentance remains open to us all.

The Church’s teaching on the death penalty can justifiably lead to confusion among the faithful.

St. Augustine wrote in the City of God that:

“...there are some exceptions made by the divine authority to its own law, that men may not be put to death. These exceptions are of two kinds, being justified either by a general law, or by a special commission granted for a time to some individual. And in this latter case, he to whom authority is delegated, and who is but the sword in the hand of him who uses it, is not himself responsible for the death he deals. And, accordingly, they who have waged war in obedience to the divine command, or in conformity with His laws, have represented in their persons the public justice or the wisdom of government, and in this capacity have put to death wicked men; such persons have by no means violated the commandment, You shall not kill” (1, 21).

In addition, St. Thomas Aquinas held that capital punishment was not even an exception to the commandment “thou shall not kill,” because man is not the one killing in this case. Rather, a divinely appointed legitimate civil authority is administering justice on behalf of God (Steven A. Long, Evangelium Vitae, St. Thomas Aquinas, and the Death Penalty, 512).

Nevertheless, the Catechism of the Catholic Church states:

“Today, however, there is an increasing awareness that the dignity of the person is not lost even after the commission of very serious crimes. In addition, a new understanding has emerged of the significance of penal sanctions imposed by the state. Lastly, more effective systems of detention have been developed, which ensure the due protection of citizens but, at the same time, do not definitively deprive the guilty of the possibility of redemption.”

Consequently, the Church teaches, in the light of the Gospel, that “the death penalty is inadmissible because it is an attack on the inviolability and dignity of the person”, [Francis, Address to Participants in the Meeting organized by the Pontifical Council for the Promotion of the New Evangelization, 11 October 2017] and she works with determination for its abolition worldwide ( Catechism 2267).

The doctrines of our faith compiled in the Catechism hold varying degrees of authority depending on their source; as then Cardinal Ratzinger said in his Introduction to the Catechism of the Catholic Church, “the individual doctrine which the Catechism presents receive no other weight than that which they already possess.”

In light of the teachings of the Church Fathers and the Church’s longstanding tradition, one may rightfully wonder whether there has been a development of doctrine or a prudential judgment is currently being expressed.

It seems that in Evangelium Vitae, Pope St. John Paul II points to the pervading culture of death as the prudential reason why such sentences of justice by civil authorities may have lost their intelligibility and meaning today (cf. Steven A. Long, Evangelium Vitae, St. Thomas Aquinas, and the Death Penalty, 511-552). This rationale can help us understand why the application of the death penalty would be inadmissible today, in our current circumstances, to such an extent that our bishops have asked us to join them in advocating for the abolishment of the death penalty in Florida.

The death of Lisa M. Montgomery, the only woman on federal death row, marked the first federal execution of a woman in nearly 70 years. Her death is the 11th execution by lethal injection since the federal government resumed federal capital punishment in July 2019 after a 17-year hiatus. Around 2,500 prisoners currently face execution in the United States.

In response, we look to our Holy Father for guidance. Pope Francis is a tireless defender of respect for life, not only for unborn children but also for abolishing the death penalty and life imprisonment. Pope Francis has written powerful words in his latest encyclical, Fratelli tutti, that must be internalized to change our violent culture: “Today, we clearly say that the death penalty is inadmissible, and the Church is determined to propose the abolition of the death penalty in all the world.”

For those who may find this teaching difficult, even St. Augustine, who approved of the death penalty in theory, was a strong advocate for mercy in many particular cases.

Regarding these events that have already occurred — what is our response? As Christians, we can have hope for others in so far as we love them. And love for our brothers and sisters, whether victim, survivor, or perpetrator, should move us to prayer.

Let us pray for the soul of Bobby Jo Stinnett and the consolation of her family, especially her 16-year-old daughter. Let us pray too for Lisa Montgomery, imploring the mercy of God upon one who suffered so horribly in her life. Through her history of child sexual abuse, sex trafficking, and forced sterilization, the affronts to human dignity endured by Montgomery are unfathomable. And though neither this nor any resulting psychological trauma or illness can excuse such evil crimes, our hearts can still go out to one whom we failed to protect in this life.

As Christians, we can agree to pray for everyone involved in these tragedies.

May the souls of the faithful departed, through the mercy of God, rest in peace.

For more information on the Florida Catholic Conference of Bishops’ legislative priorities, and to learn how to bring your faith to the public square, join us for Virtual Catholic Days at the Capitol. Register by Jan. 22 at: https://flaccb.org/cdac.

Gustavo - 01/19/2021 10:57 AM
The Church does not teach that. the death penalty is intrinsically evil. Pope Francis amended the catechism to have it say that, but, in so doing, the pope overstepped his authority and jurisdiction. The Church has always taught that the death penalty is not intrinsically evil. No Pope can change Church dogma to suit his own personal opinions.

Antonio Fernandez - 01/18/2021 01:10 PM
Thank you for sharing the official position of the Catholic Church against the death penalty. However, you failed to denounce the unacceptable accelerated actions precipitating numerous execution in the last hours of Trump administration, just for the sake of killing people.

Ann Geer - 01/18/2021 10:48 AM
So glad to finally see the church speaking out against the death penalty. I have to wonder, however, why the National Catholic Prayer Breakfast awarded William Barr for his outstanding Catholic leadership. He is the one who ordered 17 executions since July, 2019. Had he ordered 17 abortions, he would be rightly condemned. Why, then, is he being extolled when he is guilty of this abuse of life?

Valli Leone - 01/18/2021 10:32 AM
Thanks for the very faith-provoking and thoughtful article. Not unlike Jesus’ own sharing in John 6 on the Eucharist, this is a hard teaching for many. Still, the Lord reveals to me daily that every human being is on their journey and that God is not finished with any of us yet. Who are we to take anyone else’s life? Jesus came to seek and save the lost; and, after hearing the story of the heinous crime committed by this young woman, I am convinced that even though the evil that satan was allowed to exercise through her was so ugly, greater still is the heart and mind of the One who created her in her mother’s womb. in Jesus own words, “Father, forgive her; she didn’t know what she was doing.” Thank you, Holy Spirit, that you never give up on any of us. Give us the prayer, the praise, the love and the perseverance never to give up on anyone else who is still alive and breathing. I love our Catholic faith, the teachings of pope Francis and his predecessors, and the joy-filled hope that comes knowing that God is not finished with any of us yet. Jesus never fails! ððð