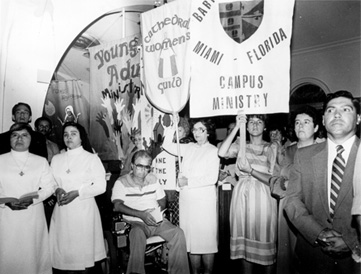 In 1985, Archbishop McCarthy convoked the first-ever Archdiocesan Synod and the first synod in Florida in 28 years. The Synod's goal was to renew the life of the Church in South Florida and plan for the 21st century. The first step taken by the Synod was the commissioning of a scientific survey of South Florida Catholics, including their ethnic identity and their level of religiosity.

On Sept. 10-11, 1987, Pope John Paul II visited Miami as part of his second tour of the United States. After being greeted by President and Mrs. Reagan at the airport, he traveled to St. Mary Cathedral, where he was formally greeted by Archbishop McCarthy and religious dignitaries, as well as a cheering throng of Haitians gathered outside. 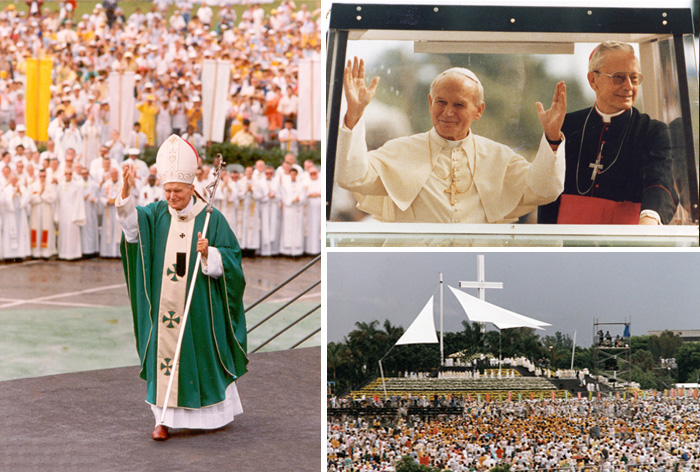 Pope John Paul II visited Miami as part of his second tour of the United States. Top-right: Pope with McCarthy at pope mobile.

He traveled to St. Martha Church, next door to the Pastoral Center, for a meeting with representatives of the nationâs priests, then met with President and Mrs. Reagan at the historic Vizcaya mansion on Biscayne Bay. Afterward, he paraded through Biscayne Boulevard in his âpopemobileâ before retiring to the Archbishop's residence. The next morning, he met with Jewish leaders and toured a Vatican Judaica exhibit at Miamiâs Center for Fine Arts before celebrating Mass for nearly a quarter-million people at the Dade County Youth Fairgrounds. Rain and lightning strikes forced an end to the Mass during the Popeâs homily. The Pope and bishops finished celebrating Mass in a nearby trailer before leaving for his next stop in South Carolina.

On its 30th anniversary, Oct. 7, 1988, the archdiocese numbered more than 596,000 registered Catholics in 105 parishes and three missions. They were served by 177 diocesan priests, 146 religious order priests, 432 women religious, 58 men religious and 72 permanent deacons.

The Archdiocesan Synod ended in May, 1988, and in October, Archbishop McCarthy promulgated 165 decrees establishing Archdiocesan priorities. Chief among them were: A more effective and all-encompassing effort at evangelizing inactive Catholics and the unchurched, with special emphasis on using the media â radio, television, newspapers; a more profound emphasis on "cradle to grave" religious education, for children as well as adults; and increased sensitivity to the needs and languages of the different cultural and ethnic groups of the archdiocese. 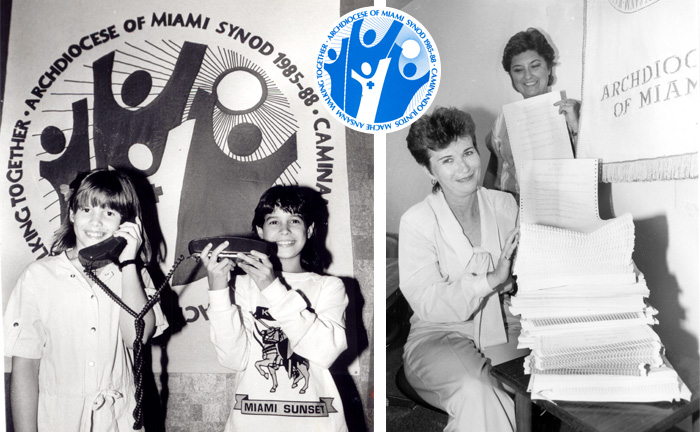