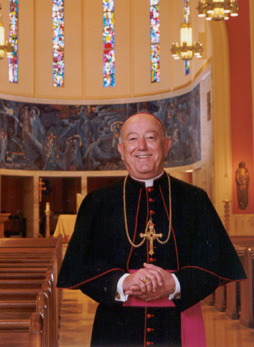 On Nov. 3, 1994, Bishop John Clement Favalora, a native of New Orleans, La., who served as Bishop of St. Petersburg since 1989, was appointed to succeed Archbishop McCarthy. He was installed Dec. 20, 1994, and in early 1995, he, too, paid a visit to the Cubans and Haitians detained at the refugee camps in Guantanamo. A week later, the archdiocese opened Varela Centers at several South Florida Catholic parishes, in order to teach English to Cuban and Haitian children just released from the camps. The schools helped them and their parents prepare for life in the U.S.

On May 27-28, 1995, Cardinal Jaime Ortega of Havana made an official pastoral visit to South Florida as part of tour that included stops in New York, Chicago and Tampa. He celebrated Mass at St. Mary Cathedral, vespers at the Shrine of Our Lady of Charity on Biscayne Bay, and an outdoor Mass at St. Thomas University in Miami. Throngs greeted him at every site. The cardinal called for unity among Cubans, both those in exile and those inside the island.

On Jan. 25, 1998, Archbishop Favalora led a group of about 180 pilgrims on a nine-hour visit to Havana, Cuba, to attend Pope John Paul IIâs Mass in the civic plaza.

On Aug. 13, 1998, its 40th anniversary, the archdiocese consisted of 108 parishes and three missions in three counties, with a registered Catholic population of more than 774,000 served by 265 diocesan priests, 122 religious order priests, 345 women religious and 56 men religious, and 128 permanent deacons.

In September, 1999, Archbishop Favalora announced plans for Vision 2000, a campaign to generate a $75 million endowment that would enable the Church in South Florida to continue its educational and charitable ministries into the 21st century. In December 2000, Vision 2000 concluded after having raised $110 million in endowments for the archdiocese.

On its 50th anniversary in 2008, the archdiocese consisted of 118 parishes and 3 missions in Miami-Dade, Broward and Monroe counties. More than 750,000 registered Catholics are served by 264 diocesan priests, 89 religious order priests, 150 permanent deacons, 314 women religious and 55 men religious. 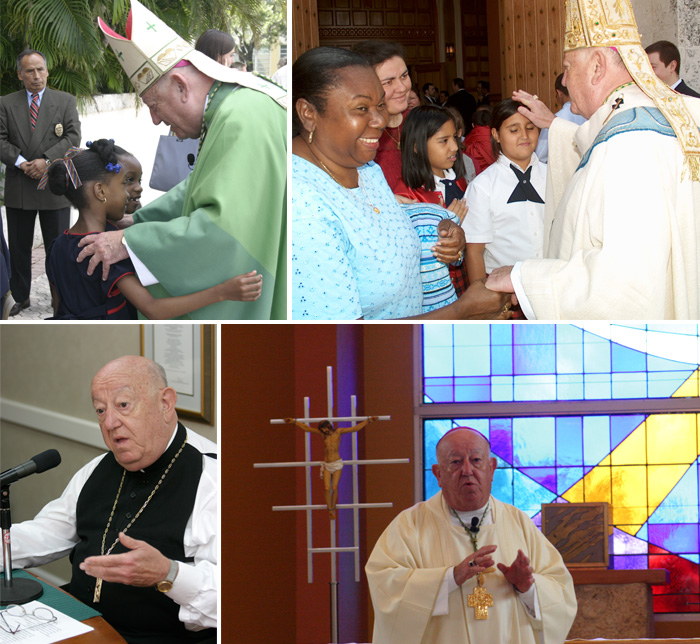