We stand in footprints that are 46 years old 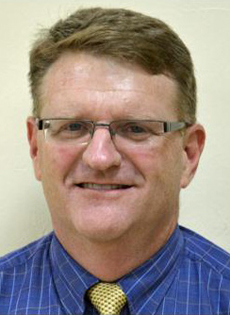 As we mark another Respect Life month, I find it ironic that, in the very same year we declared open hostility on the lives of those in the womb, we passed the endangered species act. “Since it was signed into law in 1973, the Endangered Species Act has afforded protections to more than 1,400 species in the United States.”.

I am all for protection of all the beautiful creations of God. However, the pinnacle of God’s creation — human beings — have been subjugated to the mere whim of the one person charged with their protection: their mothers.

America what have we done? Since 1973 we have learned to celebrate the killing of innocent children in the womb, 60 million lives ruthlessly torn from their mothers’ wombs in the name of choice/convenience — a maelstrom of events that over the last 46 years has resulted in the reduction of the United States population.

The most fundamental right in the United States is the right to life, and for almost 200 years there was no disagreement about that reality. Yet for the past 46 years, we have gone from a woman choosing to kill the growing baby in her womb to men and women prematurely ending the life of an elderly relative. Where has our respect for human life gone?

Our culture has created a mythical environment of euphemistic words and terms to allow many to be subtly seduced into distancing themselves from the humanity of the most vulnerable in our country, the unborn. Instead of a baby in the womb we use the term “fetus.” Most people do not know that fetus means one who is not yet born. When we have a relative who is near the end of their days, we euphemistically say “mercy killing.” Why do we have to use these euphemisms? Precisely because the real term exposes the heinous nature of the act.

Today, women fight for the “right to choose,” and about “women’s health.” What they are really fighting over is the right to kill their baby, and their right to do whatever they want, even if it costs them the life of their child.

We need to reveal the madness behind the pro-choice movement. It is “evil to kill a child so you may live” — a life free of responsibilities. Ironically, if we spell evil backwards it spells live. So when we walk away from evil, we should live. Walking away from evil means walking away from abortion. There is no good that comes out of a mother killing her child in the womb.

Humanity decried when the Nazis forced the killing of millions. We decried the communist regimes when they killed the men and women who spoke against the tyranny and oppression of those horrid forms of government. Why do we not decry the killing of an innocent baby in the womb of a mother? Not only do we not speak out against this crime above all crimes, New York City lit up its skyline in pink earlier this year to celebrate some bizarre breakthrough of women’s rights.

Ultimately, I believe this is an issue that goes back to ancient times, a time chronicled in our Sacred Scriptures: “I call heaven and earth today to witness against you: I have set before you life and death, the blessing and the curse. Choose life, then, that you and your descendants may live.” (Deuteronomy 30:19)

Folks, we must not stop the fight. We must rally in greater numbers than ever to fight for the right to life. It is at times like these that America has risen to greatness in the past. Look at our history. When a grave oppressor threatened the existence of America, we fought back. Now is the time to fight. We must mobilize, make our voices heard, and next January go to Washington D.C. in massive numbers to show the leaders of our nation that we will not allow the innocent to die for convenience.

We must never give up the fight until every baby in the womb is free to live.

Roxana Padron - 10/07/2019 01:26 PM
And of course God's message is perfectly timed and well received as I send this article to someone in desperate need of your writings Deacon Dugard. Thank you for your service and all that you do for our community.

Jose Ignacio Jimenez, T.O.Ss.T. - 10/07/2019 11:51 AM
Excellent article. Thank you for the clarity and passion with which you defend the unborn and those who have not died. Oftentimes we care for the dying as if God needs help to bring them home.