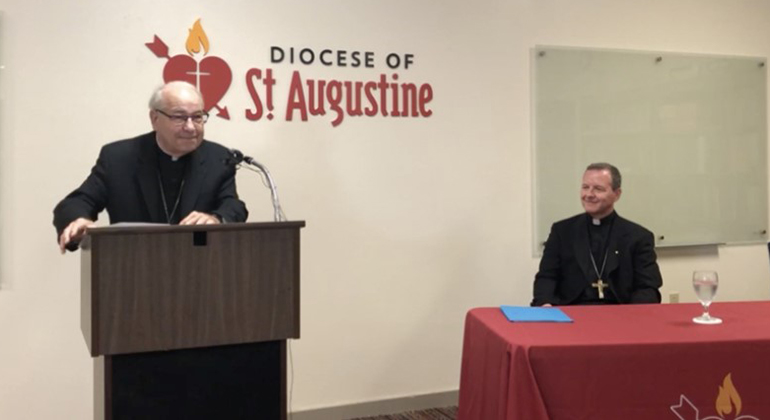 WASHINGTON | Pope Francis has accepted the resignation of Bishop Felipe J. Estévez of St. Augustine, Florida, and named as his successor Father Erik T. Pohlmeier, a pastor in the Diocese of Little Rock, Arkansas, and director of the diocesan Office of Faith Formation and Office of Deacon Formation.

Havana-born Bishop Estévez is 76, one year past the age at which canon law requires bishops to submit their resignation. He was installed as the 10th bishop of St. Augustine in 2011. 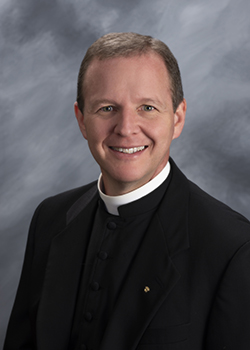 Bishop-designate Erik Pohlmeier will be installed as bishop of St. Augustine on July 22, 2022.

Bishop-designate Pohlmeier, who turns 51 July 20, is a native of Colorado who was raised in Arkansas. He was ordained a priest for the Little Rock Diocese in 1998.

The changes were announced in Washington May 24, 2022 by Archbishop Christophe Pierre, apostolic nuncio to the U.S.

The bishop-designate's episcopal ordination and his installation as the 11th bishop of St. Augustine will be July 22. Archbishop Thomas G. Wenski of Miami will preside at the Mass, with Bishop Anthony B. Taylor of Little Rock and Bishop Estevez as co-consecrators. The time and location of the Mass have not been announced.

"I am grateful for every way I have been called to serve the Church and am humbled by this opportunity to serve in the place where Mass was first celebrated in the United States," Bishop-designate Pohlmeier said in a statement. "May God be praised for any good work I am able to do."

Bishop Taylor called the newly named bishop "one of the most capable, beloved and admired priests of the Diocese of Little Rock, and he will be sorely missed."

"He is fluent in Spanish and brings to the Diocese of St. Augustine a personal experience of the full spectrum of Catholic life acquired over the course of 24 years of priestly ministry in every apostolate imaginable: urban, rural and suburban," Bishop Taylor said in a statement. "He has served people of every ethnicity, income level and culture, both in parish life and in diocesan apostolates, most recently as the director of faith formation."

One of five children of Deacon Tom and Sharon Pohlmeier of Paris, Arkansas, the future priest and bishop studied mechanical engineering for two years at the University of Arkansas, from 1989 to 1991. He went to St. Meinrad College in Indiana from 1992 to 1994 and earned a bachelor's degree in philosophy.

He attended the Pontifical North American College, the U.S. seminary in Rome, and has a bachelor’s degree in sacred theology from Rome's Pontifical Gregorian University. In 1998, he earned a master’s degree in spirituality from St. Thomas Aquinas University, which also is in Rome. He was ordained to the priesthood July 25, 1998. 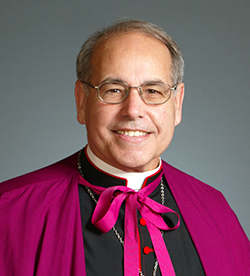 Bishop Estévez, who is fluent in English, Spanish, French and Italian, was appointed to head the St. Augustine Diocese by Pope Benedict XVI April 27, 2011, and he was installed June 2 of that year at St. Joseph Church in Jacksonville.

Born Feb. 5, 1946, in Havana, Cuba, the second of three children, Bishop Felipe Estévez arrived in the U.S. as a teenager, one of the 14,000 unaccompanied minors who came through the Church-sponsored Pedro Pan airlift.

“His life and ministry are proof of the valuable contributions immigrants can make to this nation and the Catholic Church in the U.S.,” Archbishop Wenski said.

During his 52 years of priestly ministry, Bishop Estévez has been a teacher, pastor, theologian, spiritual director and even a blogger.

He has served not only the Diocese of St. Augustine (2011-2022) but also the Archdiocese of Miami and the entire Church in Florida. He served as faculty member (1975-77), rector/president (1980-86) and dean of spiritual formation (2001-03) at the regional seminary of St. Vincent de Paul. He also served as pastor of St. Agatha Parish in Miami (1987-2001), where he spearheaded the construction of its permanent church and directed the campus ministry program at Florida International University, which is located across the street from the church.

As Auxiliary Bishop of Miami, appointed Nov. 21, 2003, and ordained Jan. 7, 2004, he oversaw the archdiocese's Ministry of Pastoral Services, including family life, youth, campus, prison and respect life ministries, as well as all the apostolic movements.

His influence also was felt in Central America, specifically Honduras, where he worked prior to coming to Miami, serving in a parish there while also teaching at two local seminaries (1971-75).

“Now that he has reached retirement, we in the Archdiocese of Miami wish for him to be as occupied as he wants to be without being preoccupied with the duties of diocesan administration. Well done, good and faithful servant. Ad multos annos!” Archbishop Wenski said.

One of seven Catholic dioceses in Florida, St. Augustine has a Catholic population of more than 149,000 in 17 counties in the northeastern part of the state.

Carlota E. Morales - 05/26/2022 01:44 PM
Dear Bishop Estevez, It was my great privilege to be your principal at St. Agatha Catholic School. I witnessed how important it was for you that we came to know and love our Lord. From the construction of our school, to the construction of the church, to the daily celebration of the mass with solemnity and devotion, to the life of the parish so vibrant, to so many other “vivencias,”too many to enumerate, Bishop Estevez was always living his love for Christ and sharing it with all of us! As you begin this next step in your life, I know that many good things are still to come! You are first and foremost His servant! As I used to always say, every wish for a bright tomorrow! In faith, hope and charity, Carlota E. Morales, Ed. D. .