If signed into law, found constitutional, HB 5 would prohibit abortions after 15 weeks of pregnancy

TALLAHASSEE | Miami’s Respect Life director joined Florida’s bishops this week in praising the legislature’s passage of a bill that would ban abortions after the 15th week of pregnancy, a bill that Gov. Ron DeSantis is expected to sign into law. 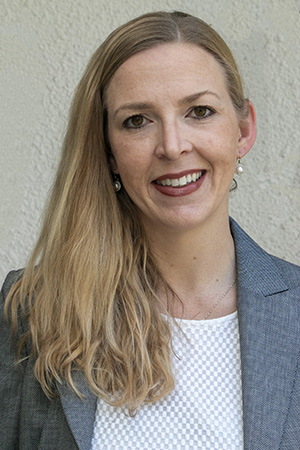 Rebecca Brady says the Archdiocese of Miami's pregnancy help centers "are ready to welcome all those affected" by Florida's proposed abortion ban after 15 weeks.

“Yes, we’re so excited!” wrote Rebecca Brady, archdiocesan Respect Life director, in an email shortly before lawmakers’ vote, March 3, 2022. “Our pregnancy help centers are ready to welcome all those affected by this law and help saves lives and souls, by the grace of God.”

Current Florida law prohibits abortion when a child is viable, or able to survive outside the womb (currently closer to 24 weeks). This bill, known as HB 5, provides at least eight additional weeks of protection for children in the womb. It also includes provisions to improve infant health and analyze and reduce fetal and infant mortality.

“While we continue to look forward to the day when the full protection of unborn life is recognized in law, we are encouraged that HB 5 further limits the grave harm that abortion inflicts upon women and children,” said Christie Arnold, associate for Social Concerns and Respect Life for the Florida Conference of Catholic Bishops.

HB 5 is modeled after a Mississippi law whose constitutionality the Supreme Court is considering this term. Many observers expect the court’s 6-3 conservative majority to uphold Mississippi’s law, Dobbs v. Jackson Women’s Health Organization. The ruling in that case would reverse the ruling in Roe v. Wade, in which case Florida’s legislation will likely be upheld. If that happens, HB 5 would go into effect July 1.

Florida senators approved the measure in a 23-15 party-line vote that was the culmination of hours of tense debate over two days. The House passed the bill last month in a 78-39 vote along almost straight party lines. DeSantis has indicated in the past he likely would support a 15-week limit.

Like the Mississippi law, Florida’s measure includes no exceptions for women who become pregnant through rape or incest.

According to Florida’s Agency for Health Care Administration, of the 79,648 abortions performed in Florida in 2021, only 4,838 were performed in the second trimester, that is after 12 weeks of pregnancy; and only 17 of those were performed due to rape or incest.

Brady urged continued prayers that the U.S. Supreme Court will rule in favor of the Mississippi law after which Florida’s bill is modeled.

Corrected: An earlier version of this story said Sen. Ileana Garcia, R-Miami, did not vote on the bill. She debated in favor of the bill but was out of the room during the vote, so her "yea" vote was recorded later.