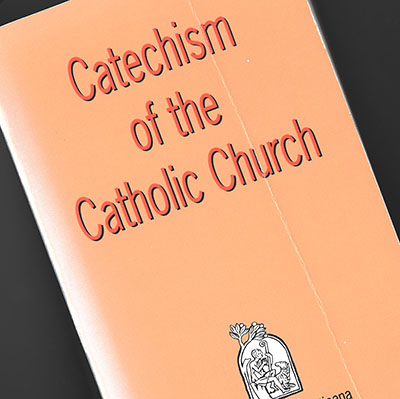 The section on the death penalty, No. 2267, of the Catechism of the Catholic Church has been changed by Pope Francis, based on teachings that go back to St. John Paul II's Evangelium Vitae.

MIAMI | Asked about the newly-announced changes to Catholic teaching on the death penalty, Father Alfred Cioffi, associate professor of biology and bioethics at St. Thomas University, delved into issues of papal infallibility, human dignity and the need to protect society.

Father Cioffi has doctorates in both moral theology and genetics and has been a priest for 33 years. He is the Blue Cross-Blue Shield Endowed Chair of Bioethics in STEM at STU. His professional interests are in human life bioethics, environmental bioethics and the dialogue between science and religion. At STU, also researches urban forest conservation and green energy alternatives to burning fossil fuels.

He is associated with the National Catholic Bioethics Center, the Florida Catholic Conference, the Catholic Medical Association, the Knights of Columbus, Catholic Health Services, Rescate Prison Ministry, the Lay Ministry program, and Respect Life Ministry of the Archdiocese of Miami.

Pope Francis revised the Catechism of the Catholic Church to assert that “the death penalty is inadmissible because it is an attack on the inviolability and dignity of the person,” and to commit the Church to working toward its abolition worldwide. (See old and new wording here.)

The change was communicated Aug. 2 by Cardinal Luis Ladaria, prefect of the Congregation for the Doctrine of the Faith. Father Cioffi spoke with the Florida Catholic Miami edition Aug. 4.

Q. The Church in Florida and elsewhere has had a long engagement with prison ministry and capital punishment issues, amid a diversity of differing public opinions among the faithful on the morality and applicability of capital punishment. Are you fielding a lot of questions yet on this change to the catechism?

A.  As classes don’t begin at STU until the end of August, I suspect that in the days ahead I will be getting more questions and comments on the issue. Also, the pope here is not speaking infallibly, since the catechism is part of the ordinary magisterium, and not an extraordinary, infallible statement from the pope â as would be, for example, the Immaculate Conception or the Assumption of the Blessed Virgin Mary, body and soul, into heaven â both infallible statements.

A.  The death penalty, when applied correctly, is an extension of the principle of self-defense at the collective level â just like an individual has the moral right to defend him or herself against an unjust aggressor, even to the point of killing the aggressor, for example, in the case of rape. So the state has the right to defend the general population against a mass murderer. But in contrast to an individual who might abrogate his right to self-defense and chose martyrdom instead, the state actually has the duty to protect the general population against a murderer or against any other criminal, for that matter. So the issue is in how the state protects the general population. Most countries of the world use prisons for that. For years now, I have been involved in prison ministry â including hearing sacramental confessions of prisoners. But I have never experienced the application of the death penalty to a prisoner. 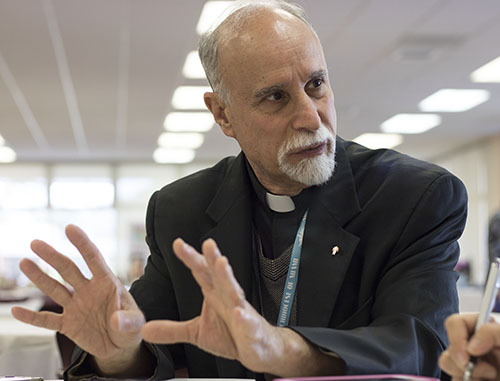 Father Alfred Cioffi, who holds doctorates in bioethics and moral theology, is associate professor of biology and bioethics at St. Thomas University in Miami Gardens.

Q. The revised text notes that “Today, however, there is an increasing awareness that the dignity of the person is not lost even after the commission of very serious crimes.” Your thoughts?

A.  While this “increased awareness” might be true â and I don’t know how our Holy Father is gauging this â the Catholic Church has always held that our dignity is not based on anything that we do or fail to do, but rather on the objective fact that all human beings are created in God’s image and likeness. Therefore, we can’t really destroy our dignity, no matter how hard we try; it would be like trying to get rid of our soul, our conscience, or our humanity. Of course, I suppose that many people do judge others according to our good or bad behavior, but this first sentence is intended to highlight our intrinsic worth as God’s children and unique creation, destined for eternal life with him. Here, then, I will accept our Holy Father’s statement at face value that there is presently an “increased awareness of the dignity of the [human] person.”

Q. The new text also adds: “In addition, a new understanding has emerged of the significance of penal sanctions imposed by the state.”

A.  This could be a reference noting that, in a few countries, the state places a lot of emphasis and resources in actually reforming and reintegrating prisoners into healthy living in society â as in Scandinavia, for example. But these are the same Scandinavian countries that have legalized not just physician-assisted suicide but actual euthanasia, including the beginning of involuntary euthanasia. In contrast, some other countries don’t even have prisons, because they cut off the hands of robbers, as in Iran, and so that reign of intimidation keeps people on the “straight and narrow.” Is this a “new understanding of the significance penal sanctions”? I really don’t know what is meant by this second sentence, unless it is wishful thinking, or restricted to a few countries of the world.

Q. The new section continues with this assertion of incremental improvements in the global penal system: “Lastly, more effective systems of detention have been developed, which ensure the due protection of citizens but, at the same time, do not definitively deprive the guilty of the possibility of redemption.” You compare that with the words of John Paul II in Evangelium Vitae published in March 1995.

A.  I want to concentrate on a crucial sentence from St. Pope John Paul II, where he states: “Today however, as a result of steady improvements in the organization of the penal system, such cases are very rare, if not practically non-existent.” This sentiment is echoed in Pope Francis’ statement: “Lastly, more effective systems of detention have been developed, which ensure the due protection of citizensâ¦” But to this day I remember distinctly that in January of 1995, six prisoners convicted of murder escaped a high security prison in rural Florida, by the simple old trick of digging a tunnel under the barbed wire, on to freedom. All escapees were eventually caught, but it took almost three years to catch the last one. It would be interesting to investigate if, while on the run, these murderers killed anyone else â thus making a very graphic case in favor of the death penalty.

Q. How is one to reconcile that human life is to be protected absolutely and still allow for the death penalty? We know there are differences in the texts of the catechism when speaking of an innocent life taken through abortion and of a convicted murderer. Is this revision infallible?

A.  The new papal statement is not infallible because it is not an ex cathedra â “from the Chair of Peter.” Therefore, there is the possibility of respectful dissent, having grave reason for doing so as a matter of conscience. I, personally, am against the death penalty here in the U.S., but for different reasons than those of Pope Francis. I oppose the death penalty in the U.S. because I am convinced that most people in our society see it as a form of vengeance or retribution: You killed, therefore you need to be killed. However, no amount of killing the murderer is going to resurrect the victim. Plus, killing the murderer for having killed belongs to the old law of “an eye for an eye,” which was superseded by Christ, when he said: “â¦ but I say to you, love your enemies, pray for your persecutors.” (Mt 5:44) The Christian way is not to kill the murderer â unless, in extreme circumstances, the state can give no reasonable guarantee that he/she can be detained for life, without any possibility of escaping, and of killing again. The Christian way, for a convicted murderer, is perhaps life in prison, thus offering that prisoner every possible opportunity to repent and seek forgiveness. And the Christian way is certainly to forgive a repentant sinner.

Q. Any other insights here?

A. In view of the fact that Pope Francis mentions “â¦the determination for [the death penalty’s] abolition worldwide”: I might be in favor of the death penalty in certain countries of the world where the state is even less capable of detaining a murderer for life, without possibility of escape, given massive corruption, coupled with inefficient prison systems, extremely well-armed cartels in places like Colombia, Mexico, Venezuela and Brazil, to name but a few. In these places, it could very well be that the only way for the state to really protect its citizenry from further violent crime is to execute violent criminals. My only hope, then, is that this last statement from our Holy Father does not backfire, and end up hurting more the women, the poor, the children, the disadvantaged, the disenfranchised, the weak, the addict, the homeless, and all those who our Holy Father is evidently trying to protect and promote, since these would be the most likely victims of convicted and escaped murderers.

Steven M Lee - 08/18/2018 12:37 PM
Excellent article by Fr. Cioffi, thank you. I am troubled by the "increasing awareness" and the "new understanding" language promulgated by Pope Francis as the alleged justification for this "change" in Church teaching. It seems to adopt a relativistic approach, which could undermine all Church teaching. I hope we don't see "increasing awareness" and "new understanding" used to try and "change" other moral teachings of the Church, such Church teaching on contraception, sex outside of marriage, etc.

Miguel Dotres - 08/09/2018 12:47 PM
personally supported the theory of the father, I am convinced that most people in our society see it as a form of revenge or retribution: You killed, therefore you need to be killed, And the Christian way is certainly to forgive repentant sinner