MIAMI | Catholic schools pave the way for students to pursue the career path of their dreams, be it medical, educational, legal, or even artistic. But in some cases, they have paved the way toward a priestly vocation.

Earlier this year, the Florida Catholic conducted a totally unscientific, email survey to search for alumni of local Catholic schools among the priests currently serving in our parishes. Here’s what we found (see story below for complete list). 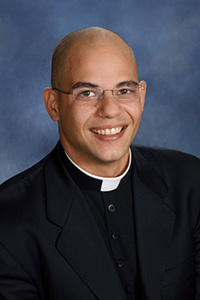 Father Luis Rivero, administrator of St. Jerome Church in Fort Lauderdale, is a class of 2000 graduate from St. Brendan High.

“The various priests that served as supervising principals, along with my parish priests, nurtured my vocation, encouraging me to enter seminary,” he recalled. “The gift of being able to attend daily Mass and participate in the campus ministry of the school taught me how to live and go deeper into our faith.”

Father William Elbert, retiring this month as pastor of St. Lawrence Church in North Miami Beach, graduated from Corpus Christi School in Miami in 1960 and went to high school at St. John Vianney Seminary in Miami, before it became just a college seminary. He credits his parents for encouraging his vocation, but said the Franciscan Sisters of Allegany New York, who staffed Corpus Christi School, played a significant role. He highlighted Sister Maureen Patrick, Sister Stella Rose, Sister Thomas Rose, and Mother Lucian Walsh for inspiring him.

“I almost decided to become a Franciscan back then,” said Father Elbert. 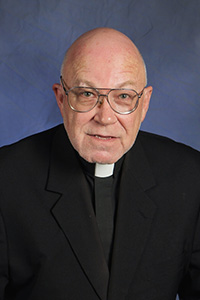 Father William Elbert entered St. John Vianney when it was a high school seminary, and after graduation from Corpus Christi School in Miami.

During his school days, he served as an acolyte at different Masses with Fathers Hugh Flynn, Antonio Navarrete, and Jose Paz (now deceased), as well as Father Jose Paniagua, who is retiring this month as pastor of St. Benedict Church in Hialeah. Father Elbert credits all of them for setting a priestly example.

As South Florida’s population grew in the 1950s and ‘60s, he also remembers his pastor, the late Msgr. Joseph H. O’Shea, pointing out that “we desperately needed more diocesan priests for our exploding population in Miami.” At the annual acolyte Masses at St. Mary Cathedral, Miami’s first archbishop, Coleman F. Carroll, echoed the appeal.

Millennial Father Alexander Rivera, parochial vicar at Epiphany Church in Miami, said he first considered the priesthood during his middle school years at Our Lady of the Lakes School in Miami Lakes. He graduated from St. Thomas Aquinas High School in Fort Lauderdale in 2006 with a scholarship to pursue a medical career at Duke University in North Carolina. But the call to the priesthood kept coming back. 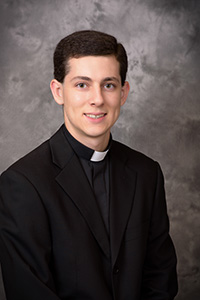 He shared his feelings with his pastor at Our Lady of the Lakes, the late Father James Murphy, who advised to finish his bachelor’s degree and then enter the seminary. Father Rivera came home, graduated from Florida International University with a bachelor’s degree in biology, and entered St. John Vianney. He was ordained a priest for the Archdiocese of Miami in 2017 along with eight others â the largest class in decades.

Proof, perhaps, that despite the waning numbers of priests and religious serving as teachers, the path to priesthood â and religious life â remains a viable option for students in Catholic schools. High schools offer many outlets for service and strong campus ministry programs. Many parishes encourage the participation of young people not just as altar servers but also as lectors and ushers. And in middle school, archdiocesan students in recent years have been attending Focus 11 vocation rallies. This year’s rallies, held at the end of February, were attended by more than 2,200 sixth graders from Catholic schools in Miami Dade and Broward.

Following, in alphabetical order, is a list of some of the alumni of South Florida Catholic schools who now serve as priests in our parishes. We have not included those who are deceased (such as Msgr. Gerard LaCerra, a graduate of what was then known as Central Catholic High in Fort Lauderdale) or those who just missed the geographic cutoff (such as Father Phillip Tran, Catholic campus ministry chaplain at the University of Miami, who graduated from Pope John Paul II High in Boca Raton). We’re also sure we’ve missed a few. So let us know for next time, when we update this list.