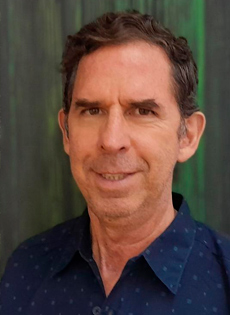 Months ago, the Holy Father Francis canonized 10 new saints. Their merit: to have sanctified themselves through a Christianity faithful to the Gospels and full of love for their fellow men.

One of them was Titus Brandsma, Carmelite friar and journalist. The Dutch religious, born in 1881, was mercilessly murdered by lethal injection in the concentration camp of Dachau (Germany) on July 26, 1942.

He was a multi-talented man, for in addition to directing the diocesan Catholic newspaper — which resisted Nazi rule — he also served in his country as professor and rector of the Catholic University of Nijmegen (now Radboud University), to which his almost unknown facet as a mystical poet must be added.

To dig into the literary vein of the new saint, we spoke with Father Javier Sancho, a Spanish Discalced Carmelite who for 24 years was the director of the Centro Internacional Teresiano-Sanjuanista (International Teresian-Saint John Center, CITeS), also known as the University of Mysticism, in Avila (Spain), where he continues to serve as professor and administrator of the project. 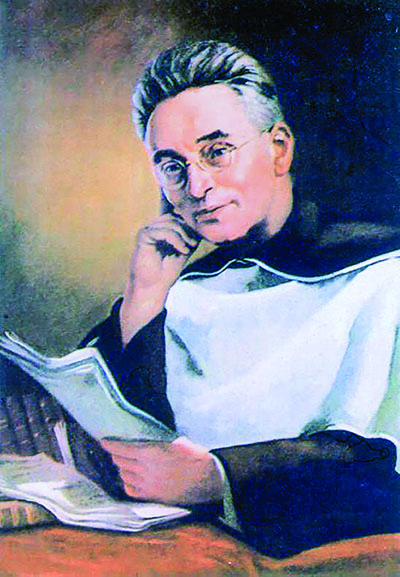 St. Titus Brandsma, a Carmelite friar and journalist, was born in Holland in 1881 and died via lethal injection at the Dachau concentration camp July 26, 1942. He was canonized May 15, 2022.

We began with what Pope Francis said in the homily for the canonization of the 10 new saints, in which he said that "to serve the Gospel and our brothers and sisters, to offer our lives without expecting anything in return, any worldly glory: this is a secret, and it is our calling." Father Sancho felt that St. Titus "fits perfectly" in this: "When someone like him consecrates his life to the Lord, he learns that the true meaning and value of life is in service. It is the life maxim of Jesus and of his true disciples: I have come to serve."

As he delved into another part of the papal homily, referring to the fact that all saints are now "brilliant reflections of the Lord in history," the question arose: In the case of Titus Brandsma, what would that reflection be?

"His disposition to serve," our interviewee said without hesitation. "Today, we need so much of those who dedicate themselves to journalism based on truth and service to the people, without fear of the prevailing ideologies and without seeking personal or partisan interest."

In another part of the conversation, we stopped at what is characteristic of CITeS and to which Father Sancho has dedicated the best years of his life: mysticism in the Carmelite Order.

Among many, the question is whether CITeS will include Titus Brandsma in its research focus, as a mystic "in the midst of the world," as some have called him.

"Certainly yes," was his immediate response, assuring us that the task of the academic center is to "unravel" the message of the saints and "offer it to everyone as a testimonial guidance for life; and Titus can help us a lot in the experience of faith."

There is a poem written by our saint when he was a prisoner in Dachau, titled Before a Picture of Jesus in My Cell. In one of the verses, he utters this show of faithfulness: "Here alone I grow not weary. For Thou, O Jesus, art with me, I have never been so close to You. Stay with me, with me, Jesus sweet. Your presence makes all things good for me."

Moved by this reflection of faith and loyalty by a man condemned to death, we ask Father Sancho why it is so hard for us to be faithful to God.

"Weakness is always with us and we will never overcome it simply by force of arms." To this certainty he added evidence: "There is a grace and a light that is forged in the heart, through the prayerful and continuous encounter with Jesus, as St. Titus did." In this way, he added, "life is enriched from within, and then faith is strengthened and illuminated. Otherwise, it is reduced to an empty practice."

Everyone is encouraged to see that mysticism plays such a prominent place in an Order like the Carmelites, although the question immediately arises: Could mysticism "stop" the desacralization of the world in which we live, which is evolving with an elevated level of religious indifference?

Father Sancho is clear. "To a great extent, desacralization and fanaticism are symptoms of a faith lived only as a norm, or tradition or ideology. Mysticism speaks to us of encounter, of opening the heart to the God who dwells in us, of personal and communitarian experience of God, without which there is no true religion."

Confident that his many years as a professor of mysticism have given him clarity on what to do, we wondered if we should all get to know the mystics and their works better.

The answer was not long in coming from someone who knows he is the first in class and raises his hand: "Yes! Because they teach us to relate with God like the Father who loves us, and with Jesus who is still alive and who wants to relate with each one of us. The mystics seek to always be authentic and teach us true prayer, and how important it is to love our neighbor."

When we visited CITeS in Avila, we were pleasantly surprised to see on the walls the pictures of the great Carmelite mystics: Teresa of Jesus and John of the Cross, along with their followers, such as Therese of Lisieux, Edith Stein and Francisco Palau, among others.

All of them lend their names to the classrooms and halls, where people spend days of recollection and retreat to "enter into ourselves and discover that creature loved by God that we each are, and discover Him within us, to love Him and let ourselves be loved," as Father Sancho defines the work of the Center.

At the same time, he invites anyone who wants to live moments of mysticism to participate, including through online programs.

This blog was originally published as a column in the November 2022 edition of La Voz Católica.