It's time to pass the DREAM Act 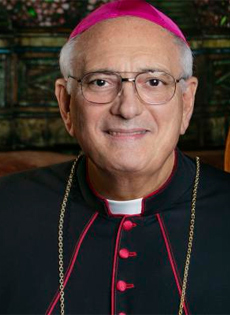 The Deferred Action for Childhood Arrivals program was created by an executive order issued by President Barack Obama in 2012 to provide temporary protection from deportation and work permits to more than 1 million childhood arrivals, of which at least 60% have applied for the program.

These are people who were brought to the United States before they were 16 years old and thus did not break the law of their own volition.

The history of DACA has been marked with ups and downs in the past 10 years. Some states have challenged the legality of the program in court. It has left the program vulnerable to elimination and its beneficiaries living in the fear that they could be eventually deported.

Their profile is very interesting. The majority, 80%, have been here for 15 years or more, half of whom have been here for more than 20 years. Most came when they were preadolescents and now speak English fluently and without an accent.

They are deeply embedded in the American culture. Eighty-five percent of them hold jobs, and many of those have graduated from high school and some have gone on to higher education. The vast majority of these young people have never returned to their home country. If deported they would be at a loss, not knowing its language and culture.

The majority of these immigrants are from Mexico, followed by El Salvador, Guatemala and Honduras. However, at least 30 other countries are represented. Given the fact that most come from Mexico, there is even a greater reason to strengthen our ties with our best trading partner.

Globalization involves not just the movement of goods and services, but also the inevitable migration of people. Equalization of economic opportunity between Mexico and the U.S. will deter some migration.

The main reason for this quasi-legalization program is a humanitarian one, since they were not responsible for their illegal entry. It is also interesting to note that of the 650,000 who have already applied for DACA, half already have American-born children.

Another interesting fact is that they pay over $9 billion in taxes annually. There has never been such a unique population who are more part of our nation than DACA beneficiaries.

When we look at their profiles, we wonder what the problem is in giving these immigrants a legal status that will eventually lead them to full citizenship. The recent public opinion polls find that a majority of Americans agree that these young people should be placed on a path to citizenship.

However, there are those who believe that either these people have taken jobs from Americans or that they threaten the complexion of the American population. These kinds of excuses ultimately will not prevail in a just society.

Congress should have solved this problem over a decade ago by passing the DREAM Act in 2010, prior to the creation of the DACA program. This legislation would provide this population a chance to become citizens.

In fact, the U.S. Senate failed to pass it in the lame duck session of 2010, falling five votes short of overcoming a filibuster.

It is now 12 years later, and these "Dreamers," as they are known, remain in limbo. Congress must stop playing politics and pass the DREAM Act as soon as possible. This would be a great first step toward the full acceptance and integration of people who have contributed much already to our country and will continue to do so in the future.

In his annual message for World Migration Day 2022, Pope Francis said, "Brothers and sisters, and, in a special way, young people! If we want to cooperate with our heavenly Father in building the future, let us do so together with our brothers and sisters who are migrants and refugees. Let us build the future today!"

Jeanette Tullis - 11/07/2022 11:01 AM
Thank you for supporting DACA. I, too, believe the people who are victims of this Act should be allowed to pursue citizenship. We will continue to support the movement.