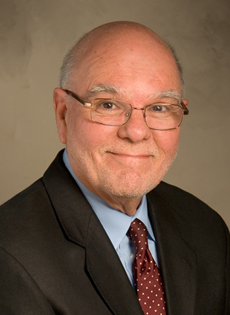 This is the first of two blogs on this subject by Dr. Vizcarrondo, who currently serves as president of the Miami Guild of the Catholic Medical Association.

The American Medical Association’s Council on Ethical and Judicial Affairs defines euthanasia as the act of bringing about the death of a hopelessly ill and suffering person in a relatively quick and painless way for reasons of compassion (mercy killing). Voluntary euthanasia is the killing of a competent person with his informed consent. Involuntary euthanasia is killing without the person’s consent. Assisted suicide is providing the means whereby a suffering person may kill himself. In the United States, physician assisted suicide is legal in Oregon, Washington, Montana, California, Vermont, Colorado, and the district of Columbia; euthanasia is illegal.

Euthanasia was practiced by the ancients; the term means “good death.” It was the practice of dying in peace and with dignity. For the physician, it meant caring for the patient with compassion and alleviating pain and suffering. However, the physician healer of ancient times could also cause the death of his patient. One physician would heal with compassion, another would provide the poison to cause the death of the patient.

The School of Hippocrates (ca. 400 BC), a group of concerned physicians, made the first attempt to establish a set of ethical / moral principles that would guide the practice of medicine. The profession was to be dedicated completely to life. The Hippocratic Oath defined the physician as a healer, rejecting the role of purveyor of death. Hippocratic medicine eventually became the standard for physicians of the Jewish, Christian, and Muslim traditions. The Hippocratic principles remained unquestioned for close to two millennia.

In the middle 1800s, Charles Darwin, in his Theory of Evolution, described the human being as simply matter; the human person as a more highly evolved species. This process of evolution was carried out by the natural selection of the fittest and strongest specimens which would be the ones who survived.

The eugenics movement, offspring of Darwinism, developed in Europe by the late 1800s. Eugenics advocates practices aimed at improving the genetic composition of a population. Eugenicists encouraged the fit upper classes to have large families; the unfit, poor, minorities and immigrants were to breed less.The eugenics movement reached theUnited States several decades later and was embraced by the scientific community. Compulsory sterilization of “defectives” was carried out in the U.S. Funding for eugenics research was provided by the Rockefeller, Carnegie, and Ford Foundations. Margaret Sanger, founder of Planned Parenthood, was a leader of the eugenics movement in the United States.

By the late 19th century, the concept of a “right to death” was being discussed in intellectual circles in Europe. In 1920, in Germany, home of the most scientifically advanced medical community in Europe, a booklet titled “Permitting the Destruction of Unworthy Life” was published. A medical school professor and one of Germany’s leading specialists in constitutional and criminal law were the authors. With the intent to benefit society, the authors advised taking the life of those whose life was devoid of value and a burden to society. They proposed that the killing of human beings declared unworthy of life should be legalized. They listed three categories of unworthiness: those who were ill and desired death; the mentally retarded and mentally ill; and those in a coma.

Euthanasia was supported by the concepts of unworthy life and burden to society. The killing of the unfit was spoken of in terms of “compassion” and “release from suffering.”

Advocates of euthanasia, few at first, gradually increased in numbers. Many of them were academic physicians, professors at medical schools. The systematic, organized killing began in the 1930s. It started with the killing of infants and children with congenital defects and mental retardation, followed by disabled and mentally ill adults and the terminally ill. The killing criteria were subsequently expanded to include adults and children with “antisocial behavior” and those with minor handicaps.

It is important to note that this program was not instituted by the Nazi government, but by the medical community. Nazi ideology embraced the eugenics concepts. German physicians accepted the Nazi racial doctrines. Medical researchers used human beings in experimentation that resulted in their death. Physicians carried out the killing in concentration camps. The eugenics sterilization programs and genetic laws served to inspire the Nazi extermination plan.