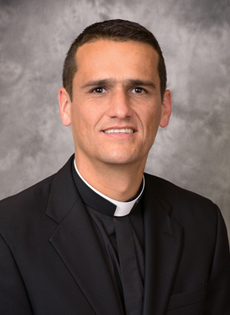 Father Juan Carlos Salazar, 41, came to the U.S. at age 25 from his native Antioquia, Colombia. The second oldest and only boy among four siblings, he had a degree in business administration and worked for his family's business in Colombia, which caused him to travel frequently to New York and Los Angeles.

âThatâs how I was attracted to try new horizons, new life, the American dream,â he said.

But his degree was worthless once he settled here, so he began working at a warehouse for $5.15 an hour â at first cleaning up, then keeping track of inventory, and eventually combining duties as a courier with bookkeeping tasks. He had a girlfriend, and attended Our Lady of Lourdes Church in Kendall. Thatâs when âGodâs dreamâ began substituting for his own.

âI thought it was crazy that the Lord would be calling me,â he recalled. But one day, while praying before the Blessed Sacrament, he said âyes. If thatâs what you want for me, open the doors. And (God) began to open the doors.â

Too quickly, it seemed. He met with the archdiocesan vocations director at the time, Father Manny Alvarez, now pastor at Immaculate Conception in Hialeah, and was informed that he would have to study for nine years, primarily philosophy and English. âI ran out,â he said, thinking, âThis isnât for me.â

By that time, he had changed jobs. Now he worked for his familyâs bakery, making âpandebonoâ â a Colombian cheese bread whose name literally translates as âgood bread.â A thought occurred to him: âIâm making this bread, and the Lord is calling me to priesthood. Itâs another bread Iâm going to be kneading.â

He met again with the archdiocesan vocations director, this time Msgr. Roberto Garza, now rector of St. John Vianney College Seminary in Miami. âYouâre ready,â Msgr. Garza told him. Still, at every step in the process â filling out the application, undergoing the psychological evaluation â he kept thinking, âIâm going to prove that this isnât for me.â 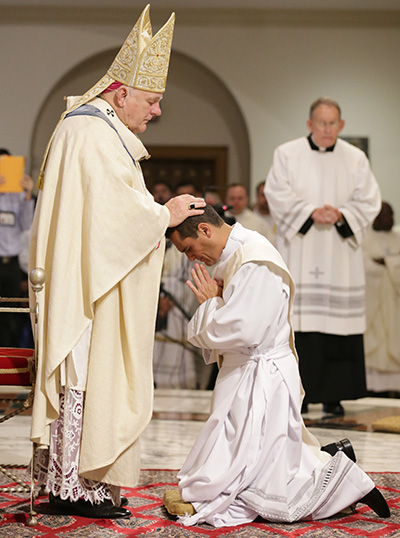 But God kept opening doors. âYou discern a vocation little by little. Itâs a process also of falling in love, of getting to know yourself,â Father Salazar said.

He has been assigned to St. Thomas the Apostle in Miami.