God will not transform our world for us 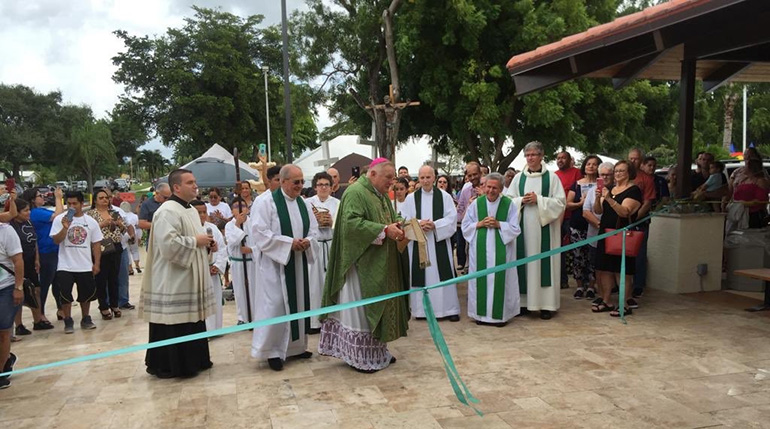 At any rate, God wants us to pray – and not just once in a while. In fact, St. Paul tells us to “pray always.” And that’s the point of today’s parable. It’s not about the attitude of the unjust judge but about the attitude of the poor widow. Prayer and perseverance in prayer are for our sake – not for God’s sake. Perseverance allows us to marshal enough power and to gather enough inner resources in order to win the victory in the battle against all that would diminish us as men and women.

This is likewise the point of the first reading from the Book of Exodus and second reading from St. Paul’s letter to Timothy in today’s Mass. For it is the effort of Moses that allows his people to gather strength and to marshal their resources against the evil that is assaulting them, and it is the continued and persevering effort, without quitting, that allows us to take hold of the willingness of God and His power in order to put it to use in our lives. The same is true with the widow in her continual pleas for justice. The same ought to be true for you and me.

God will not transform our world for us. God is not a great big magic genie who responds to our every little beck and call. To think of God in those terms is to believe that God exists to serve us, and not we to serve God.

But God will not transform our world for us; but he will transform our world with us. His interventions into our life occur only through us, and with us, and in us, when we yield to His Holy Spirit, surrender to His presence, and take a hold of and claim His power. We can’t make peace, we can’t make a more just society, and we can’t change our spouses or our kids like we can make instant coffee. That takes sustained and persevering effort.

Of course, we will often fail. We are all less than what we strive to be. But the answer to failure is not resignation; it is not settling for second best, or third best. The answer is to recognize that Christ is down in the dust with us. He fell more than once along the Way of the Cross. And so, the answer is not to allow ourselves to be ground down by mediocrity but to keep working at it. God will work with us; but he won’t work without us.

When the Son of Man comes into our lives, when Christ comes to us in all the tomorrows that lie ahead, what will He find? Will he find us copping out? – escaping from responsibility into selfishness, in disordered sexual pleasure, in drugs, in violence, in indifference or cynical attitudes? Or will he find persons with faithfulness, persons who are persevering, steady, dependable, and filled with a sustaining power – persons who are about our Father’s business in overcoming the forces of dissipation and diminishment that afflict us?

And so, listen to what the Word of God is telling us today. God is always willing to answer our prayers – but he does so on his terms not on ours. On our part, we must pray always, and pray with confidence and with perseverance. That’s how Moses prayed with outstretched arms held up by his assistants. That’s how Jesus prayed – with his arms outstretched on the cross.

Prayer is like a man in a boat who is trying to dock it at the pier. He tosses out a line to be tied to the pier – and then he pulls on the line. The pier doesn’t move, the boat does. And, if the waters are rough, he may have to pull on that line very hard and it may take him more than one try. That’s what Jesus means about persevering prayer. It’s not about pulling God closer to us, it’s about pulling ourselves closer to God. Our prayers are not supposed to change God – because he is good and all loving. Prayer is about changing us – and for us to really change does require no little perseverance.

Other News from St. Vincent Church

Friday, 13 Oct 2017
A show of unity for Brazilian Catholics