A lifesaving alternative to baby abandonment 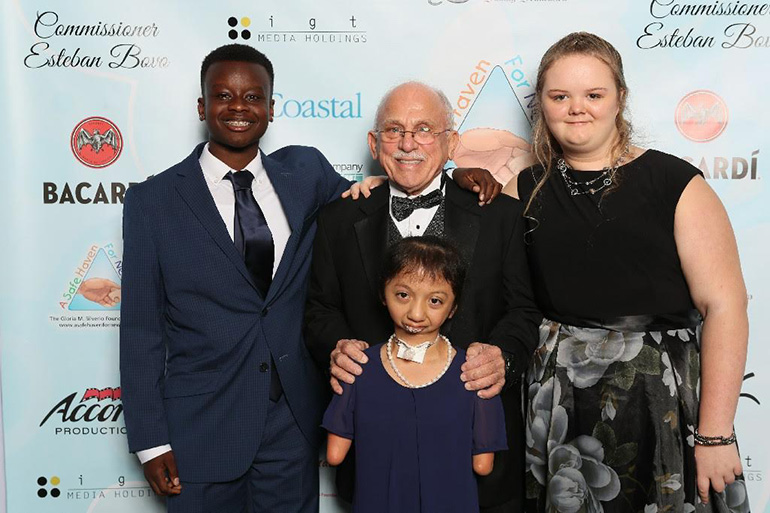 Nick Silverio, center, poses with several of the children saved through the intercession of A Safe Haven for Newborns: Kristopher, left, Milagros, center, and Gloria Hope, right.

Created in 2001 following the tragic passing of Silverio’s wife of 32 years, Gloria, in an automobile accident, A Safe Haven for Newborns is a statewide network of volunteers, hospitals and fire departments organized toward saving infants from the dangers of abandonment and an almost certain death.

It started as a South Florida-based hotline for at-risk mothers and their babies and has grown into a multifaceted ministry boasting 314 newborns saved from abandonment or unsafe situations in Florida — and 68 mothers steered toward placing a child in adoption over the years.

“If a baby is left on a doorstep most of the time they wouldn’t survive,” said Silverio, whose volunteers help women think through their options and the full ramifications of abandoning a child. In 2000, following the death of his wife, he saw a magazine article about child abandonment worldwide and felt it was God suggesting a new purpose for the remainder of his life.

“We are finding now that if a mom abandons a baby in an unsafe place, quite often she is on drugs or there are mental health issues and that is very difficult to deal with,” he said. 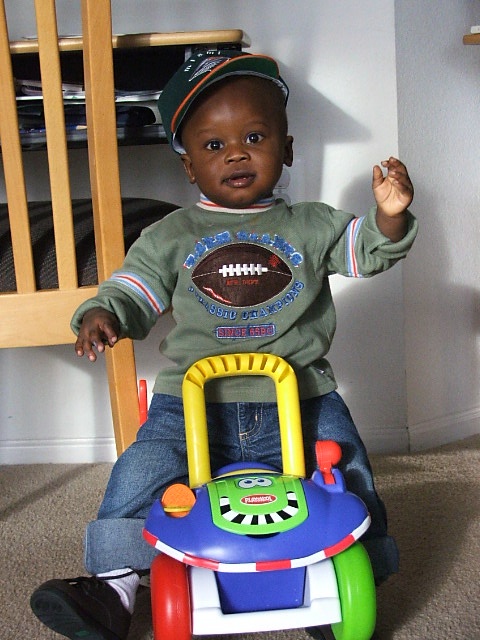 Picture of Kristopher, now 15, as a toddler. He calls Nick Silverio, the founder of A Safe Haven for Newborns, "Uncle Nick," because he was adopted through an introduction made by the organization.

Silverio noted that Safe Haven rules allow these mothers (or fathers) to take an unharmed newborn up to seven days old to a designated Safe Haven location instead of leaving them somewhere else or doing something they will later regret.

“The lifeline of our organization is our statewide confidential, 24/7 multilingual, referral helpline,” Silverio said. “We assist them as they make their decision in the best interest of their baby and themselves, whether with counseling, parenting, health related issues, adoption or confidentially placing their newborn with A Safe Haven For Newborns. Everyone is helped and no one is ever judged.”

“We are creating greater awareness. We work with all the crisis pregnancy centers in Florida,” said Silverio, a member of Christ the King Parish in Perrine, as well as a Knight of Columbus and of the Order of St. Lazarus of Jerusalem (Lazarists).

In keeping with his technology roots, Silverio has been rolling out a prototype mobile phone app which encourages participating high school students who wish to earn community service hours to educate themselves and others about Safe Haven principles and the overall societal crisis of baby abandonment.

“It helps them to earn their volunteer hours without even leaving home,” Silverio said. “They can create a smartphone video which they can post on a social media campaign; join a speakers bureau; or create (relevant) artwork.”

Silverio has kept in touch with several of the mothers and babies that Safe Haven has helped get through a crisis. And to at least one South Florida youngster, Silverio is known affectionately as “Uncle Nick.”

Fifteen years earlier, that child’s adoptive parents felt called to welcome another member to their family even though they had four children of their own. Through an introduction made by Safe Haven, they adopted Kristopher.

“Having given natural birth before, this (adoption) was more like I had birthed someone into my heart, and he has been nothing less than one of the greatest blessings I have ever had,” said Aja Terrell, a property manager in South Florida whose husband, Richard, was equally supportive of the adoption. They were inspired to share their blessings by a Christian retreat facilitator.

Kristopher, now 15, loves basketball and sees himself becoming a medical doctor one day, according to his mother. He is also recognized annually at the Safe Haven gala, which is set this year for Saturday, Oct. 19, at the Intercontinental Hotel Miami. Aside from the gala, Safe Haven is supported through two other annual fundraising events: a golf tournament and a walk-and-run, as well as private donations.

“The powerful thing Nick has done has saved a life and blessed our family tremendously, and that is one of the reasons that we as a family will always be involved with Safe Haven,” Aja Terrell said. “My son has grown emotionally, spiritually and physically, and has evolved into a person who strives to be a good man like Nick.”

The ministry also has brought some of the mothers back together with their babies.

“Once the baby is healthy and released, the hospital contacts an adoption agency that has nothing to do with Safe Haven, and the mom has 30 days to change her mind,” Silverio said. “We have helped five moms get their babies back. It brought the families closer together.”

He said from the beginning that if only one life was saved, Safe Haven’s efforts would be worthwhile. But a successful Safe Haven intervention means not only that a child’s life is saved, allowing them to grow up to be all they can be; but a parent also is saved from a lifetime of guilt and criminal prosecution; and the hopes and dreams of parents waiting to adopt also are fulfilled, according to Silverio.