DAVIE | History, technology and dress-up merged at St. Bonaventure School as a fifth-grade teacher designed an immersive exercise in learning. 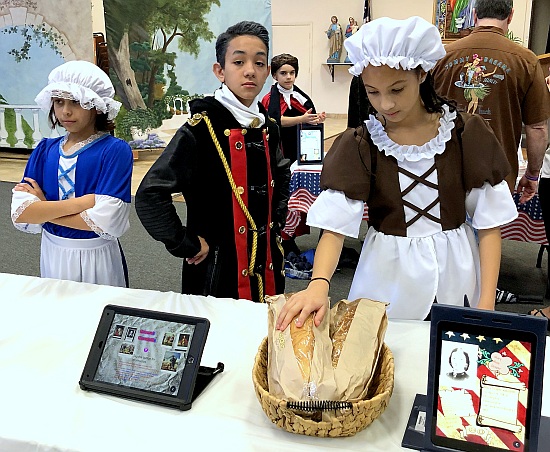 At a show for families and classmates, the students stood silently next to iPads, dressed in the military coats and flowing dresses of the 18th century. Whenever someone pressed the button on each iPad screen, the student "came alive" and told a one-minute monologue on his or her historical character.

Their name for the show: Early America Wax Museum.

The unusual show was the idea of social studies teacher Sheila Pamplin, who, like other teachers, was casting about for a way to interest her students in history.  She knew she had a challenge: In December, a poll of her two classes revealed that most of the 62 students thought history was boring.

"I made the decision to bring history to life by creating a wax museum that would allow the students to portray important characters in Early American history," Pamplin said.  "This allowed the students to feel more connected to what they were learning." 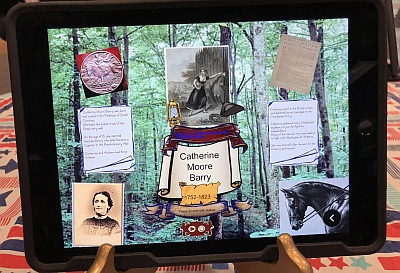 An iPad, loaded with the Glogger app, tells a little about each character that the students are portraying.

She assigned students their parts before the class started the class unit on America's first 30 years. Among the assignments:

Pamplin had each student research their character, then write a one-minute monologue from the character's viewpoint.  The students also created multimedia "posters"  on their iPads, using a new app called Glogster. Each poster showed a picture and fast facts about the character, plus a voice recording by the student giving a quote from the character. 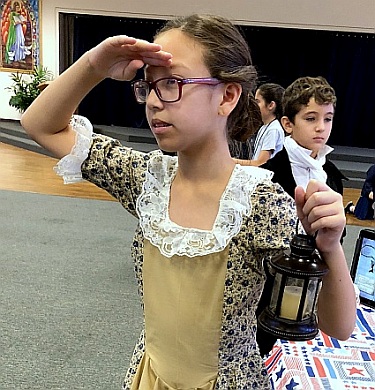 The students themselves said they got a lot out of the project. Michaela Feddes said she enjoyed researching Dolley Madison, the wife of President James Madison. But her favorite part was making the presentation.

"I couldn’t stop thinking about how this performance was going to turn out," she said. "I am very happy to have participated in the outstanding performance and proud for what I have accomplished.”

Mia Chang, who portrayed Catherine Moore Barry, valued the project for the new knowledge. "It taught us how our country had its beginning and that with hope and faith they could win the war. Women also had a chance to prove that their contribution to the war effort was just as significant as that of the men.”

Sheila Pamplin, the teacher, indulged herself in a little pride, too. "Students were able to use their savvy technology skills to bring history into the 21st century," she said.

Monday, 13 May 2019
Ordination: Stories on the sidelines