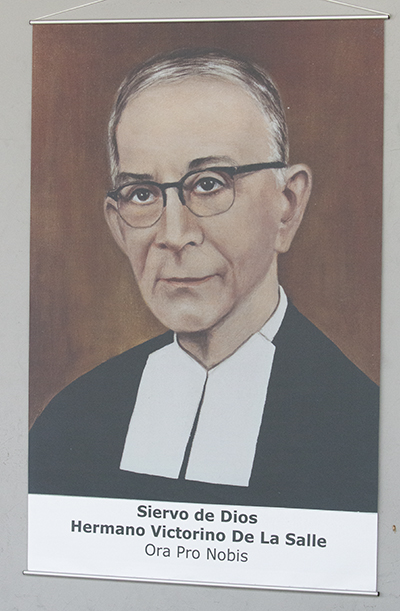 Image of Venerable Brother Victorino De La Salle, a great evangelizer of Cuban youths, whose cause for canonization has reached another milestone.

MIAMI | De La Salle Brother Victorino Arnaud Pages, who dedicated his life to establishing schools and alumni associations in the United States and the Caribbean, has taken another step on his journey to sainthood, having been declared "venerable" by Pope Francis.

The title of "venerable" acknowledges that Brother Victorino lived the Christian virtues in a holy way. The pope signed the decree signed April 6. The remaining two steps are beatification and canonization, which require proof of two miracles due to his intercession.

Brother Victorino was born in Onzillon, France, in 1885. Soon after he joined the Brothers of the Christian Schools at the beginning of the 20th century, he was forced to go into exile due to the expulsion of religious from France. From Montreal, Canada, where he had first taken refuge with many others, he offered to go to Cuba to start new schools. He served there from 1905 to 1961, until he was expelled by Fidel Castro.

In Cuba, he founded the La Salle Association in 1919, the male and female Catholic Action in 1928, the Catholic University Hostel in 1946, and the Catholic Family Movement in 1953.

After his exile from Cuba, Brother Victorino spent his remaining energy trying to reorganize the various associations he founded among Cubans scattered in New York, Miami and other Caribbean countries. He established several La Salle Alumni Associations in New York and Miami as well as Puerto Rico, where he lived for five years before his death in San Juan April 16, 1966.

More information on his life and cause for canonization can be found at: www.victorinodelasalle.org. Those who receive favors or graces through his intercession are asked to send a message to [email protected].