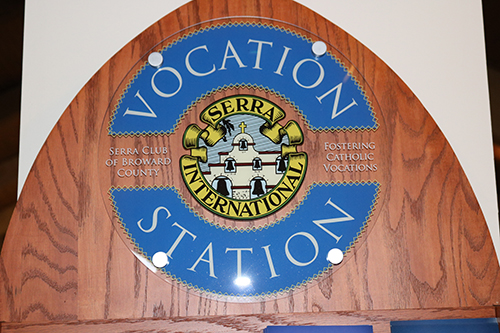 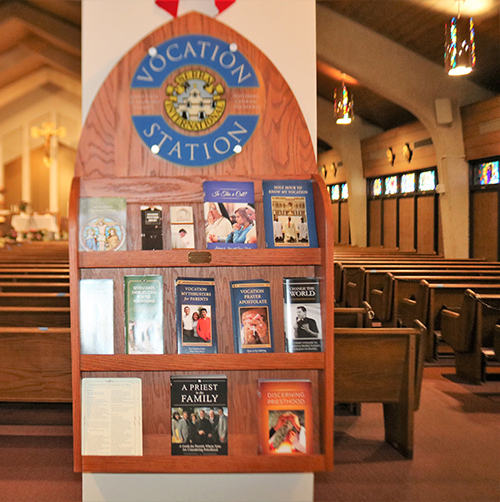 St. Gabriel Church in Pompano Beach features a Vocation Station courtesy of the Serra Club of Broward County. The station displays information, brochures and resources focused on vocations to the priesthood and religious life and on ways of fostering vocations.

POMPANO BEACH | Most Catholics know there is a priest shortage and that the number of individuals responding to the call to consecrated life is far below what it used to be. But few know about the small group of lay people who aim to increase those numbers while also supporting those who answer God’s call.

“I was invited to a Serra Club meeting 20 years ago, but I didn’t know what it was all about,” said Malcolm Meikle, a member of St. Gabriel Parish in Pompano Beach. “Serra was the only organization assisting with vocations. Promoting vocations is so important.”

Fast forward: Meikle is now president of the Serra Club of Broward County, part of the worldwide Serra International.

What do the Serrans do? “We pray for an increase in vocations, and we pray for our priests,” said Marie Helene, a member of the Broward Serra Club since 1984. “We need good holy priests.”

Serrans focus on promoting and increasing vocations to the priesthood and religious life while supporting and showing appreciation to priests in ministry. The clubs financially support seminaries and seminarians through fundraisers. Serrans also gather for monthly meetings and annual activities that help their members recognize their own vocation, the universal call to holiness.

“We have a dedicated group of men and women,” said Lillian DiStasio, a long-time Serran. “We do anything we can for vocations. The number of men going into the priesthood is decreasing in the United States. We support our seminarians, and we are praying for them.”

The Serra Club of Broward County gets together the second Monday of the month between November and May at host St. Gabriel. Before COVID, members also visited St. Vincent de Paul Regional Seminary in Boynton Beach for Masses with the seminary community and an annual retreat day.

The Miami Serra Club also meets monthly, currently by Zoom because of the pandemic. Among the events they host are a homecooked dinner before Christmas each year for members of religious orders in Miami-Dade and Monroe counties, and the annual altar server awards on Good Shepherd Sunday.

“We are now in a growth mode,” said Meikle, sharing that membership has declined especially during the pandemic. “We are working with all of the Broward parishes trying to have a communications person in each parish to promote our events and activities.” 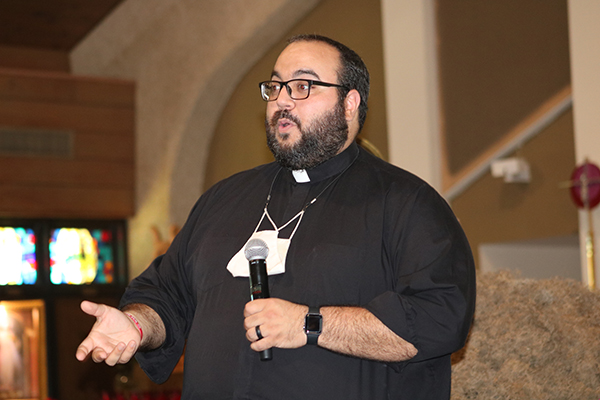 Father Matthew Gomez, vocations director for the Archdiocese of Miami, talks to members and guests of Serra Club of Broward County April 10, 2021 as they gathered for a Mass and talks on vocations at St. Gabriel Church in Pompano Beach. 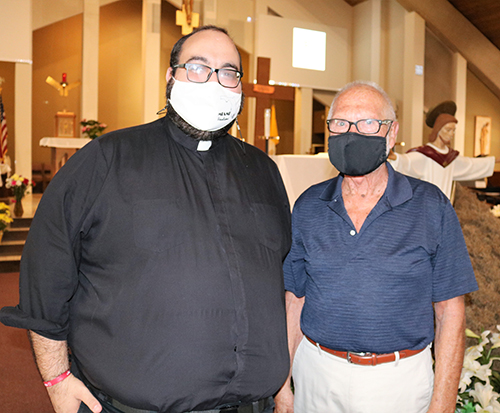 Father Matthew Gomez, vocations director for the Archdiocese of Miami, chats with Malcolm Meikle, president of the Serra Club of Broward County after a club gathering April 10, 2021 at St. Gabriel Church in Pompano Beach. The club collaborates with Father Gomez as part of their activities and mission.

“This is a beautiful witness of the Serra Club,” said Father Gomez as he addressed the nearly 30 people gathered for the Mass.

“We have the opportunity to have a Mass, to talk a little but also to share,” added the priest, who gave a presentation after the celebration discussing the Office of Vocations’ projects for 2021, including designating the month of May as a month of prayer for vocations.

During May, Father Gomez is also planning to produce a series of Sunday reflections by seminarians, which he will post on the Vocations Office social media platforms. He also plans to gather vocation stories from a variety of priests and share them virtually.

“Praise to God. The bishop has given the green light. It is going to be beautiful. Let’s pray for vocations this May,” Father Gomez said.

The Serra Club was founded in Seattle in 1934. The four lay founders named the organization after Father Junipero Serra, a Franciscan missionary known for founding a string of California mission churches in the 18th century and converting many Native Americans of the area. Father Serra was canonized in 2015 by Pope Francis.

Nearly 25 years after the first Serra Club launched, the organization came to the then Diocese of Miami. The Serra Club of Broward County was founded in 1962.

Today, Peter Jude is president of Miami Serra Club. Currently, the club has 20 members but also aims to grow by gaining at least one member from every parish in Miami-Dade and Monroe counties.

“We need priests — and good priests — from wherever we can get them,” Jude said. 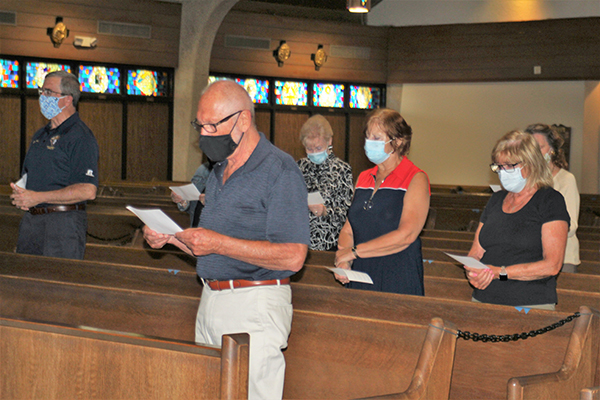 In the diocese’s early days, Bishop Coleman F. Carroll counted on Serrans to help fund his very first building project, St. John Vianney Seminary. Today, the Miami group continues to raise funds for St. John Vianney through its Friends of the Seminary project. Members also “adopt-a-seminarian,” visiting the students on campus, celebrating Mass with them, and taking them out for an occasional dinner or movie.

The Broward group helps the regional seminary in Boynton Beach by sponsoring its annual Friends of the Seminary Mass and dinner and the annual Joe-Paddy Festival. (Most of these activities have been canceled or held virtually the past year due to the pandemic.)

During the April 10 Mass, Father Nathan thanked the Serrans of Broward County for their dedication and their witness of faithfulness to the Church.

“Vocations are so precious,” he said. “God bless you for your prayers for vocations. We need priests or the Church will die. Thanks to all of you for all you do. I hope that we can do this again next year,” he added, encouraging them to make the Vocation Mass at St. Gabriel Church a Broward Serra tradition.

World Day of Prayer for Vocations

Other News from St. Gabriel Church