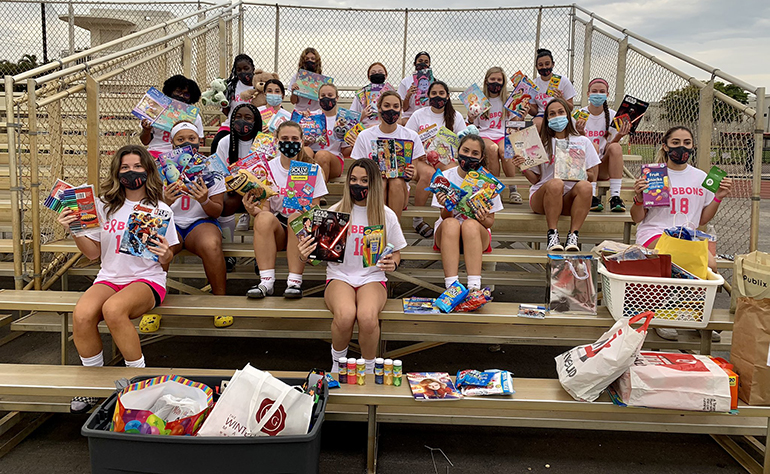 Cardinal Gibbons girls' soccer players pose with some of the donations collected at the Coaches vs. Cancer game held Jan. 13, 2021 on the Gibbons field.

Each year, the four teams come together for a night of friendly competition to support those who have been affected by cancer. Hosted by Cardinal Gibbons, this year's Coaches vs. Cancer event was played in memory of Emma Sorensen, a 13-year-old Coral Springs Middle School student who lost her battle with cancer in January 2020.

"It is a privilege to be a part of this event every year, and being able to host it this season was an added bonus," said Cardinal Gibbons head girls' soccer coach Margo Flack. "This is my favorite event of the season. Having four teams who are competing against each other on the field come together for one very special cause really makes this event something to look forward to every year."

In total, the four teams collected over $1,200 in Publix and other assorted gift cards, as well as dozens of other donations, including coloring books, colored pencil and marker sets, stuffed animals and assorted candies. The Sorensen family chose for all items collected through the event to be donated to Joe DiMaggio Children's Hospital to help spread cheer to current patients battling cancer.

Emma's father, Mike, and brother, Michael, attended the event and were able to see Emma's legacy of generosity and kindness live on in the South Florida community. "Seeing the players take the lead with the collection is what makes it such a special event," Flack said. "It means something to them; it's bigger than soccer, and seeing the players realize that — that's what really matters." 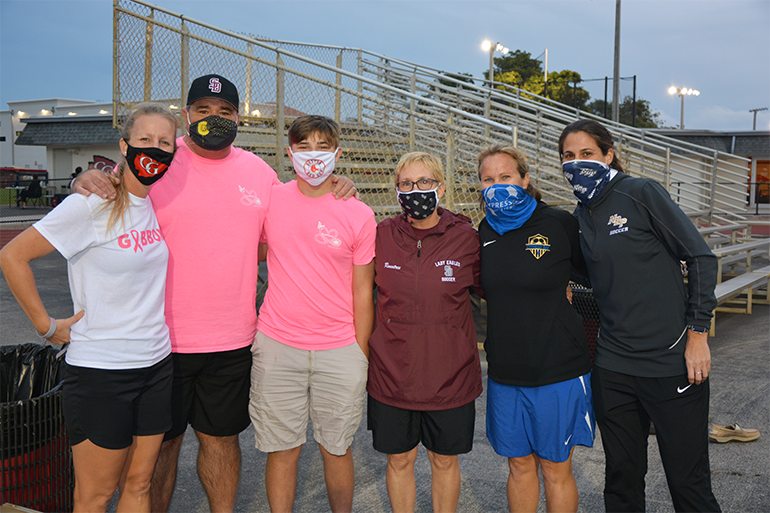