Catholic Lawyers Guild honor William Castro, 'who was in need of forgiveness ... and got it' 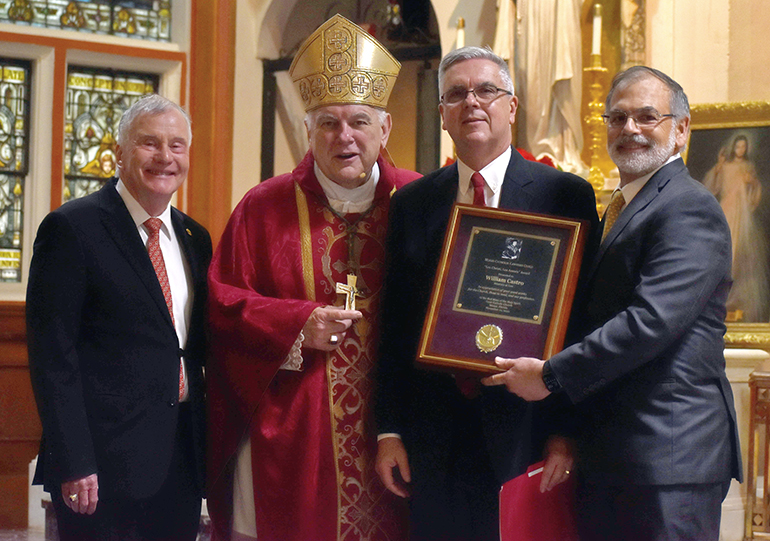 MIAMI | “First pinch!” William Castro exclaimed after a friend did the deed. Castro had invited everyone to give him the playful tweak, after receiving the highest honor given by the Miami Catholic Lawyers Guild.

His selection did raise eyebrows at the guild’s annual Red Mass Dec. 1, 2022. Most recipients of the Lex Christi, Lex Amoris Award have been respected judges – not disbarred lawyers and convicted felons.

But that’s what the guild board members wanted. Castro’s rise to prominence, his fall amid scandal and his road to redemption made him a model for how God can heal and restore through the Church. 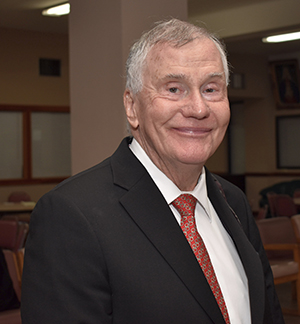 "We wanted to honor a non-judge, an ordinary person" for the 2022 Lex Christi, Lex Amoris Award, said Francis Sexton, president of the Miami Catholic Lawyers Guild, after the annual Red Mass, Dec. 1, 2022 at Gesu Church, Miami.

“He was in need of forgiveness and redemption, and he got it,” said Francis X. Sexton, president of the 300-member lawyers’ guild, after the Mass at Gesu Church. “This is the essence of the Catholic faith.”

“Redemption” was an oft-used word during and after the Mass. Castro and others were frank about the charges of corruption for which he served nearly three years in federal prison. But they also praised him for organizing dozens of Emmaus retreats and producing talk shows for Radio Peace to lead men back to Christ.

Stormy weather and thick traffic didn’t keep 150 judges, lawyers and their families from attending the Mass, which began with a procession of five clergy, including Archbishop Thomas Wenski, in bright red vestments. The garments stood for the fire of the Holy Spirit, giving wisdom and justice in the legal profession.

Providing music were choir members from St. John Neumann Church in Miami. Bringing the gifts to the altar were Castro’s three adopted children: Nina, 18, a freshman at the University of Florida; Eric, also 18, a freshman at Florida International University; and Daniel, 16, a junior at Miami’s Christopher Columbus High School.

Archbishop Wenski took the occasion to commend his listeners for blending faith and law.

The archbishop urged the guild members to persevere in the face of growing opposition. He branded the current social climate “soft despotism” – not with beating or jailing Christians, but with ridicule, ostracism and regulations meant to silence and neutralize them.

“Professing religious faith should not make a person a second-class citizen,” Archbishop Wenski said. “The right to religious freedom has its foundation in the very dignity of the human person.” 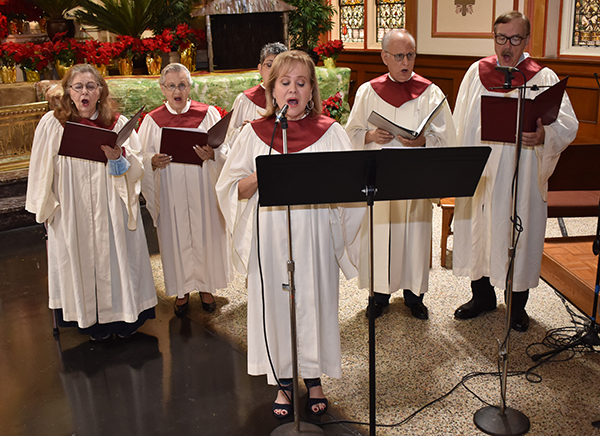 The brief award ceremony followed the Mass. That’s when Castro invited people to “pinch me so I can make sure I am not imagining this moment.”

“I am beyond humbled,” he said in his speech, during which he frequently choked up. “I am here today because God never gave up on me, and he never allowed me to give up on myself.”

He once thought of himself as “the smartest guy in the criminal courthouse,” with a red Porsche and a house on Key Biscayne. It was a selfish and arrogant attitude, he confessed. “I didn’t do anything for anyone unless it also benefitted me.”

As a boy, he attended St. Brendan Church in Miami but fell away from the faith as a young man. “Because I ignored God, it was far too easy to justify saying yes to what I knew just wasn't right.”

He was convicted in what became known as Operation Court Broom of paying a state judge in return for court assignments. He served two years, eight months and 21 days in federal prison starting in 1997, then was disbarred from practicing law in Florida and New York.

BETTER TO HELP OTHERS

Before then, however, change was already under way. In 1992, Castro heard of an Emmaus retreat for men and attended. He was won over by the men's warmth and acceptance. More importantly, he said, “the Holy Spirit set my heart on fire to serve others. I discovered how much more fulfilling it could be to help others than to just help myself.” 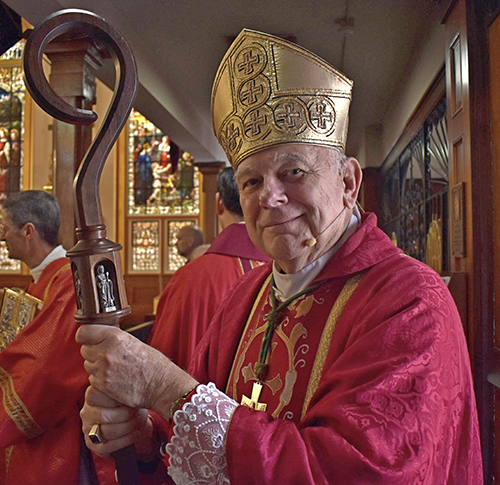 That fire propelled Castro to lead dozens of teams on Emmaus retreats. He also produced 250 episodes on Emmaus for Radio Peace, then the English-language station of the archdiocese.

Other good works have followed: an annual Christmas toy program for migrant families, a nonprofit organization to help disadvantaged children, service as an extraordinary minister of Communion at his home parish, St. Louis in Pinecrest.

Castro found a colder reception in state circles. He asked to be reinstated as a lawyer but was turned down in 2012 by the Florida Supreme Court. This despite 13,000 hours of community service and supporting letters and testimony from 132 judges and attorneys.

He eventually became an independent contractor with a law firm in Coral Gables, assisting Florida-approved attorneys. He also was accepted at several federal district and appellate courts. And, despite his rebuff in Florida, he was reinstated in December 2021 by the New York state bar, although he's required to work alongside another New York-approved attorney.

Castro’s story won the admiration of Raoul Cantero, a former justice of the Florida Supreme Court, who introduced him at the Red Mass.

“If we as Catholics believe in redemption, then we cannot help but admire Willie’s long and faithful struggle,” said Cantero, who received the Lex Christi, Lex Amoris Award in 2018.

Circuit Judge Robert Watson said he was impressed with the story of Castro’s transformation. “Day in and day out, we’re dealing with people who have committed crimes. It’s inspiring to see someone who was redeemed.”

Fellow Circuit Judge Lodi Jean agreed. “The Bible and the Church teach about forgiveness. People don’t have to be defined by their mistakes forever.” 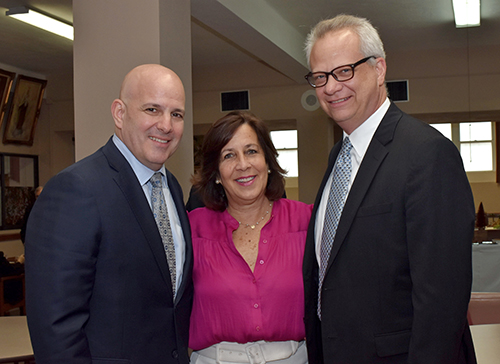 “I would describe him as faith in action, never passive, always pushing forward,” said Torricella, who was a guest in 2005 on Castro’s radio show on his Emmaus experience. “He shared (the story of) his past with me, and the guy he described is clearly not that way anymore.”

Fellow St. Louis parishioner Annemarie Harris Block, who has known Castro since the 1980s, called him “an amazing human being.” She credited his transformation largely to his wife, Mari, an assistant state attorney, who proclaimed the first reading at the Red Mass.

“She was with him every step. She's a strong woman of faith,” Block said. Humble as well: Block said the guild committee wanted to award husband and wife jointly, and Mari declined. “She said this is his story.”

The selection process for the Lex Christi, Lex Amoris Award began in February. Board members considered a half-dozen candidates, asking who had set an example as a Catholic as well as a court officer. This year, the members wanted a non-judge, a more “ordinary” person, Sexton said.

He wants more of that. “In the future, I’d like to see a bailiff or a police officer get the award,” he said. 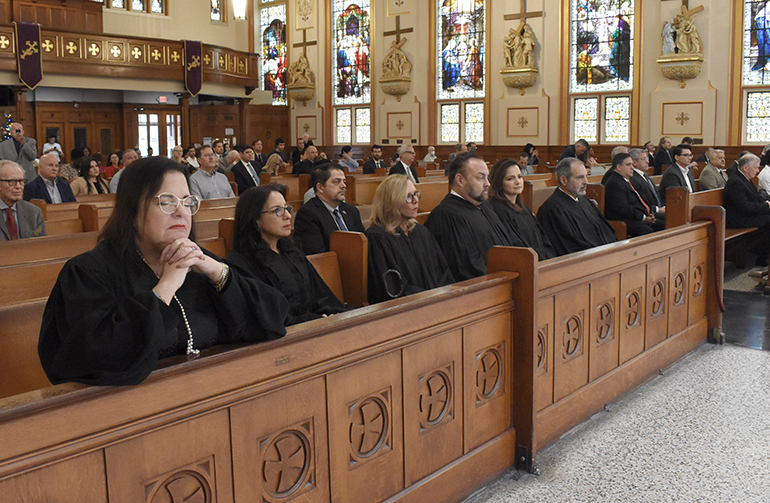