MIAMI | A total of 17 priests marked milestone anniversaries of priestly service this year. Some were ordained for the Archdiocese of Miami, others belong to religious orders but have been working here for many years, and a few more are retired but regularly help in local parishes.

All of them would have been recognized at the annual chrism Mass held the Tuesday of Holy Week, but the coronavirus quarantine made that impossible. Archbishop Thomas Wenski celebrated the Mass with only the deans present — those are the archbishop’s representatives in the various geographical areas of the archdiocese.

The Mass was livestreamed on the archdiocese’s YouTube channel and can be seen here.

Following are brief biographies of the 2020 jubilarians. 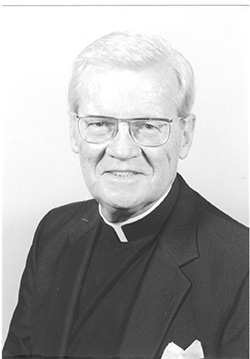 Msgr. Reynolds was born Jan. 18, 1925 in Brooklyn, New York, the son of first-generation Irish immigrants. He was ordained to the priesthood June 3, 1950 for the Archdiocese of Brooklyn and worked there until 1966, when he came to Miami on the advice of doctors who said the climate here would alleviate his bouts with pleurisy. He earned master’s degrees in psychological counseling and religious education and was named a monsignor in 1997. His many assignments include being pastor of St. Henry Parish in Pompano Beach (1980 until his retirement in 2005) and of St. James in North Miami (1974-1980). Before that, he served as parochial vicar at Holy Rosary in Perrine, Annunciation in West Park and Nativity in Hollywood. He also served with the Catholic Service Bureau (now Catholic Charities), and as director of the Family Life (1975-77) and Respect Life offices (1975-78). But he is best known, perhaps, as the singing and joke-telling emcee of Henry’s Hideaway, a private club he founded at St. Henry which he described as “a pastoral experiment to create community.” Read more about Msgr. Reynolds here. 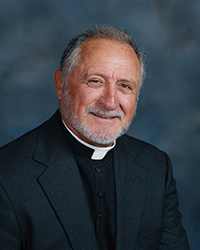 Father Brohamer, a native of Rockford, Illinois, grew up in Michigan and completed his theological studies there before being ordained for the Archdiocese of Miami June 4, 1960. His first assignments included service as parochial vicar at St. James in North Miami, St. Brendan in Miami, and St. Gregory in Plantation. He served as administrator of St. George Parish in Fort Lauderdale (1967-1969) and then as administrator (1969-1978) and pastor (1978-1982) of St. Matthew in Hallandale. After a year as pastor at St. Clare in North Palm Beach (then part of the archdiocese), he became pastor of Our Lady of the Holy Rosary in Perrine (1983-1996). After a seven-month sabbatical, he retired from active ministry in 1997. 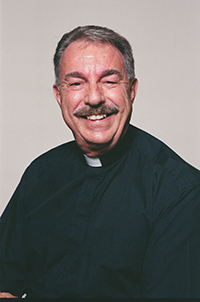 Msgr. Glorie was ordained May 21, 1960 for the Archdiocese of Miami. In the early years, he served as parochial vicar at St. Anthony in Fort Lauderdale, Corpus Christi in Miami and Holy Family in North Miami. He also served as chaplain and director at Boystown, a residential facility for teenage boys, and as associate director of the Catholic Service Bureau (Catholic Charities). He also served as assistant supervising principal at Immaculata-La Salle High School in Miami (1966-1968) while serving as parochial vicar at St. Hugh, where he would later serve as pastor (1973-1982). From 1982 to 1989, he served as pastor of Little Flower in Coral Gables. He then served as administrator of San Pablo in Marathon (1989-1991) and pastor of St. Elizabeth of Hungary in Pompano Beach (1991-2001). He retired in 2001 and now helps at St. Henry Church in Pompano Beach.

Msgr. Conway was ordained June 6, 1960 for the Diocese of Paterson, New Jersey. He began serving in South Florida in January 1995. He has helped at St. David in Davie, St. Clement in Fort Lauderdale and St. Bernard in Sunrise, and is currently back at St. David. 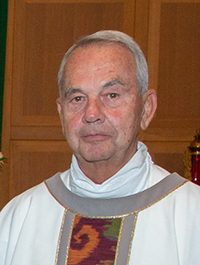 Ordained May 16, 1970, Msgr. Dixon served 23 years as a chaplain in the military, retiring with the rank of colonel in the U.S. Air Force. His final assignment was at the Pentagon, as chief of plans and programs for the Air Force chaplain service. He served at St. Anthony Church in Fort Lauderdale from 2010 until his retirement from fulltime ministry in 2016. He still helps at St. Pius X Parish in Fort Lauderdale and has just taken on the role of chaplain for the Fort Lauderdale chapter of Legatus. 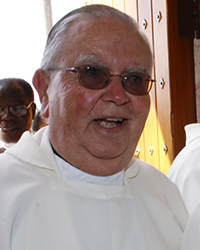 Father Garcia, born in Sagua la Grande, Cuba, was ordained Oct. 24, 1970, for the Jesuit Order. He has served in the archdiocese since July 1983, most of that time at Belen Jesuit Prep in Miami, where he became the longest serving president in school history. Since 2009, he has served as director of the Ignatian Spirituality Center/Casa Manresa Retreat House in Miami. In 2015, he received the Lumen Christi (Light of Christ) Award from the Catholic Educators Guild. 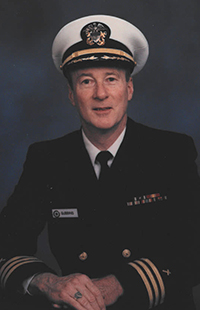 Father Gubbins was born in Hartford, Connecticut, but moved with his parents to Miami, where they became pioneer parishioners at Visitation Church. He entered St. John Vianney Seminary shortly after it was founded and completed high school there. After further studies at St. Vincent de Paul Seminary in Boynton Beach, he was ordained May 30, 1970 for the Archdiocese of Miami. He served as parochial vicar at St. Margaret in Clewiston (then part of the archdiocese), Sacred Heart in Homestead, St. Kevin in Miami and briefly at St. Mary Cathedralbefore joining the Navy as a chaplain. He served on the USS Nimitz during Desert Storm and in 1996 was named command chaplain for the U.S. Naval Forces in England, Scotland, Wales, Belgium and Holland. He retired in 2002 with the rank of commander and now lives and continues to serve at two parishes in the Diocese of San Diego. 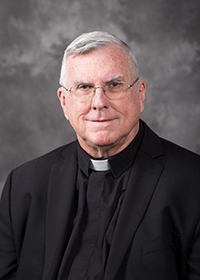 Born in West Palm Beach on July 8, 1944, Father Morris attended St. Theresa School in Coral Gables and in 1959 entered the inaugural class at St. John Vianney Seminary, where he completed high school and college. He was ordained May 30, 1970 for the Archdiocese of Miami and served his first year as parochial vicar at Epiphany Parish in Miami before leaving for further studies in Rome (1971-1974). Upon his return he served as faculty member and spiritual director of St. Vincent de Paul Regional Seminary in Boynton Beach (1974-1979) and parochial vicar at St. Martin de Porres in Jensen Beach (1979-1983), which was then part of the archdiocese. In 1983, he was named pastor of Our Lady Queen of Heaven in North Lauderdale, where he served until 1994. He then moved to San Pablo Parish in Marathon, where he served as administrator until 2000 and pastor until 2013. From 2013 to 2015, he served as pastor of St. Pius X in Fort Lauderdale. In 2015 he became parochial vicar at St. Coleman in Pompano Beach. He is retiring from active ministry June 30, 2020. 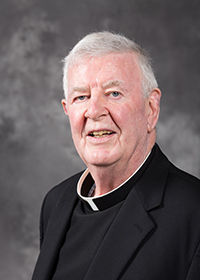 Father O'Dwyer was ordained June 6, 1970 in his native of Ireland for the Archdiocese of Miami. His first assignments included parochial vicar at Little Flower in Coral Gables, Immaculate Conception in Hialeah, and member of the faculty at Archbishop Curley High School and St. John Vianney College Seminary in Miami. He served as pastor of Good Shepherd Parish in Miami (1983-1987), rector/president of St. John Vianney (1987-1993) and finally administrator and then pastor of Little Flower Parish in Hollywood until his retirement in 2019. 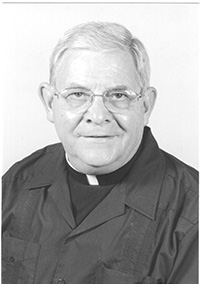 Father Perez was ordained June 4, 1960 for the Dominican Order and has spent his entire time in South Florida serving at St. Dominic Parish in Miami: first as pastor (1983-1986), then as parochial vicar (1986-1989) and again until his retirement (1991-2000). He still resides with the Dominican community at St. Dominic. 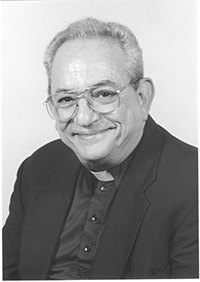 Born in Havana, Cuba, Father Vizcaino was ordained May 1, 1960 for the Piarists. He has been a high school teacher, a university professor and a formator, and served as Provincial of the Piarist Fathers USA Province from 2007 to 2011. The bulk of his work, however, has been with the Hispanic community in the nine southeastern states covered by the U.S. bishops' Regional Office for Hispanic Ministry. He founded the office and its educational arm, the Southeast Pastoral Institute (SEPI), in 1971 and led it for over 40 years. He is currently retired and living with the Piarist community in Fort Lauderdale. 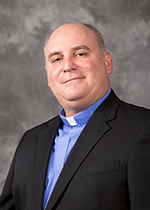 A native of Cuba, Father Dominguez was ordained December 28, 1995. He came to South Florida in July 2006 and served at St. Ann Mission in Naranja and St. Cecilia in Hialeah; as parochial vicar at St. Rose of Lima, Miami Shores (2006-2009) and parochial vicar at St. John Neumann, Miami (2009-2010). He was appointed rector of the National Shrine of Our Lady of Charity (Ermita de la Caridad) in October 2010 and served there until November 2016. After a brief sabbatical, he was named to his current post as parochial vicar at the Basilica of St. Mary Star of the Sea, Key West. 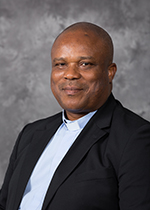 Father Ezeuchenne was ordained Aug. 19, 1995 and came to South Florida in July 2011. He has served since then at St. Gregory Church in Plantation. 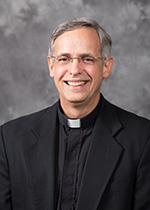 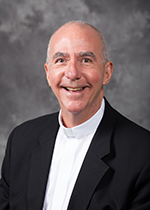 Father Perez was ordained May 13, 1995 for the Archdiocese of Miami. He served as parochial vicar at Holy Family in North Miami (1995-1998), San Isidro Mission in Pompano Beach (1998-2000) and Our Lady of the Holy Rosary in Perrine (2000-2002). Named administrator and later pastor of Holy Rosary, he served there until 2012, at the same time overseeing the 2010 merger of Holy Rosary with St. Richard. In July 2012, he was named parochial vicar of St. Maximilian Kolbe in Pembroke Pines. He left South Florida to work as a missionary in Cuba (2013-2015). When he returned, he was named chaplain of Catholic Health Services' North Campus in Lauderdale Lakes, with residence at St. Helen. In July 2018, he was named pastor of San Pablo Parish in Marathon. 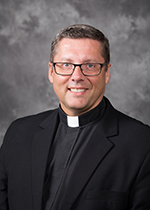 Msgr. Zielonka was born in Piotrków Trybunalski, Poland. He entered the archdiocesan seminary in Lódz, Poland, and completed his theological studies at St. Charles Borromeo Seminary in Wynnewood, Pennsylvania. He was ordained July 1, 1995 for the Diocese of Bridgeport, Connecticut, where he served as parochial vicar in a couple of churches before being named secretary to the diocesan bishop and vice-chancellor (2002-2009). He was named a monsignor in 2008. After earning a doctorate in canon law at the Catholic University of America, he was appointed to Bridgeport's Diocesan Tribunal and later directed the diocese's 2014 synod. He came to South Florida in May 2019 and has served since then as a judge in the Metropolitan Tribunal, with residence at St. Rose of Lima Parish in Miami Shores.

Articles(46)
Basilica of St. Mary Star of the Sea

Articles(20)
Events(2)
Our Lady of the Holy Rosary-St. Richard Church