Seneida Gedelus, who migrated to South Florida from Haiti, pays tribute to the work of the North Dade / West Broward Pregnancy Help Center. She talked about the outpouring of love she received while in the midst of a hardship and pregnant with her fourth child. She is now a respect life volunteer, and is studying to become a physician's assistant.

HIALEAH | Those who say abortion is a women’s issue might be surprised to hear the experiences of Donna Gardner.

“If someone had told me six years ago I would be traveling to two maximum security prisons to minister Rachel’s Vineyard to men I would have told them they were crazy â but that’s exactly what I do,” Gardner told about 300 people in attendance at the fourth annual luncheon to benefit the North Dade / West Broward Pregnancy Help Center.

Gardner is the coordinator of Rachel’s Vineyard, a post-abortion healing program, for the Diocese of Palm Beach. A ministry of Priests for Life, the retreat is offered to both women and men who are trying to heal from their abortion experiences. 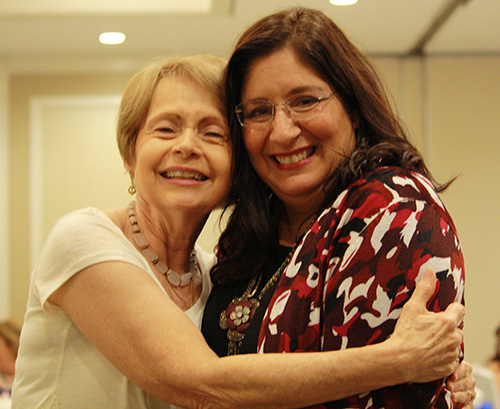 As a result of Gardner’s work, the program is now being considered in prisons throughout the nation, as well as one in Poland and another in Ireland.

Gardner traced the origin of her ministry to an inmate who shared his feelings with Tom Lawlor, former prison ministry director for the Palm Beach Diocese. The inmate was feeling haunted because he had pressured three different women he had gotten pregnant into having abortions. Surprised that a man was talking about abortions, Lawlor invited Gardner to speak at the annual prison ministry meeting in 2011.

Her presentation converted at least one skeptic. Deacon Donald Battiston had reasoned that men don’t have abortions. But after hearing Gardner speak, he contrived a way to offer Rachel’s Vineyard at both the Martin and Okeechobee correctional institutions.

During her research, Gardner was surprised to see “tons” of articles on the topic of inmates and abortions. She was most impacted by an interview that showed many men were suffering from post-traumatic stress disorder (PTSD) as a result of their abortion. “The statistics were over the top,” Gardner said.

Her findings were corroborated when an anonymous survey issued to the inmates at both of the prisons indicated that 90 percent had been involved in an abortion experience that hurt them.

Six weeks later, she began her first Rachel’s Vineyard retreat at the Martin Correctional Institution, a level-5 maximum security prison in Indiantown. Rachel’s Vineyard is typically a weekend retreat, but it was given over 10 weekly sessions that lasted two hours.

Gardener described the red tape involved in entering the maximum security prison: the pat-down, the escort through three electronic doors, and the electronic body alarm she was given to wear on her hip so that, she felt fearful, she could call the guards to her aid. In six years of ministry, she noted, she has never had to use the alarm.

‘They longed for their children’

“So here we were: five inmates, three seasoned prison ministers with a crash course in post-abortion healing and me, the token woman in a very male world,” Gardner recalled. 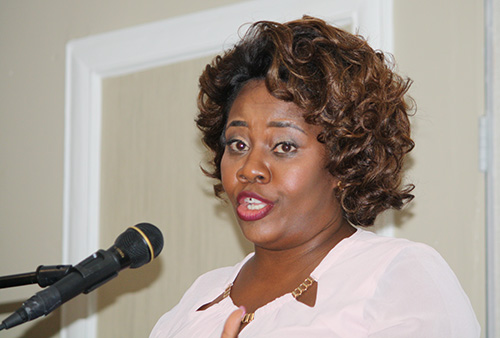 Seneida Gedelus, who migrated to South Florida from Haiti, pays tribute to the work of the North Dade / West Broward Pregnancy Help Center. She talked about the outpouring of love she received while in the midst of a hardship and pregnant with her fourth child. She is now a respect life volunteer, and is studying to become a physician’s assistant.

She wondered if the inmates would allow themselves to be vulnerable enough to share. But on the first day, without prompting, they began to unload the hurt, broken trust, remorse, and deep grieving for lost fatherhood.

“It’s not what you think about men in prison. They longed for their children and somehow recognized that life went wrong after their abortion experience,” Gardner said, admitting to her own preconceived notions about inmates. “That was it. I was in hook, and sinker. I thought, this is what Jesus taught us to do â go to the forgotten and love them.”

As the weeks progressed, Gardner and the ministers observed that the men were angry and displaying symptoms of PTSD: anxiety, shame, low self-esteem, guilt, numbness, a sense of worthlessness, nightmares, depression, risky behavior and addiction. They also opened up about their relationship with women and their living children.

Many men are unaware that their emotions are the direct result of an abortion experience, Gardner said.

“Many may say they have these behaviors because they were incarcerated, and while that may be accurate, the true source of these feelings started at the death of their aborted child, as many of them have admitted. Not protecting their unborn child led them to this warrior behavior. We know that. It’s a psychological truth that has been exposed through investigation and research,” said Gardner, who holds a master’s degree in counseling and psychology.

“I personally speak to the tragedy that women suffer, and when they hear my own story it immediately connects them to the mother of their own children. Some of the men have had as many as 13 abortions; they come from every walk of life and religious background. Abortion knows no prejudice â it crosses all religions and denominations,” Gardner said. 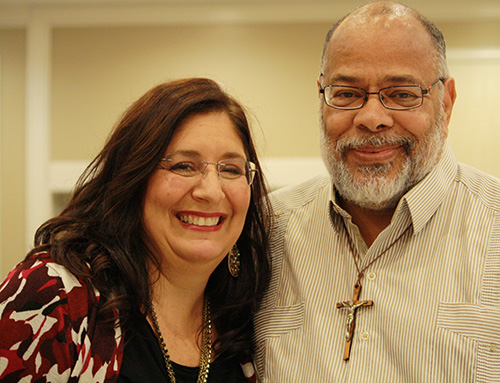 She concluded her talk by describing the profound transformation of four men who were able to “connect the dots” in that first retreat, calling it “the tip of the iceberg.”

One of them is Tim, who found so much hope and healing that he wrote an article for the Martin Correctional Times, inviting 1,500 inmates to come to the retreat. While the other three are serving life sentences, Gardner said, Tim has 25 of his 32-year sentence left to spend in prison.

These four men are now trained and certified Rachel’s Vineyard facilitators. They plan the retreat sessions for other prisoners and lead the groups while Gardner and the prison ministers are on hand to guide and direct questions they may not be able to handle.

“All that have come through Rachel’s Vineyard have been touched by the healing power of God and they have transformed their lives to live for our Lord,” Gardner said. “My favorite part is our last class, the memorial service where men memorialize their children. Some write letters while others sing, draw pictures, or write poems.

“The best part is all of the alumni from the past groups attend the memorial service so there’s this beautiful brotherhood of life building behind the wall. It’s the love of their children that has brought them together. Many of them may not have known each other, but when they meet each other at the memorial service a bond begins to form,” she said.

After the retreat, the men enter a post-care program â a 40-day fast from negative thinking â to continue the transformation.

Gardner and her team hope to do some research they can present to government officials, showing them how abortion is hurting men â so much so that prisons are filled with post-abortive fathers.

She noted that there are 57 million men and women in the U.S. alone who have had abortions.

“They are sitting in the pews of our churches. When you talk about abortion, always include the healing love of God, especially during this Year of Mercy,” she advised.