It's a '4-peat' for St. Bonaventure Chorale 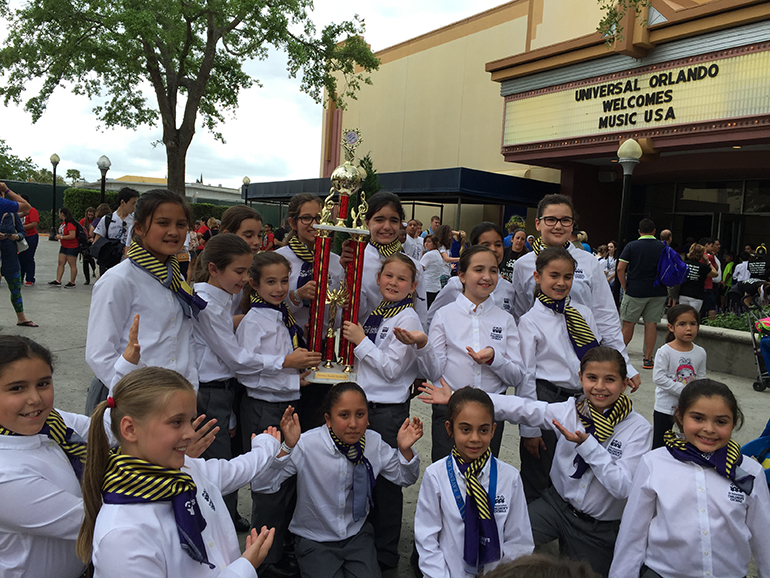 DAVIE | For the fourth straight year, St. Bonaventure School's Children’s Chorale has been crowned Grand Champion at the Music USA Festival in Orlando. The chorale also received a Superior Rating and first place in the Elementary School Concert Choir Category. 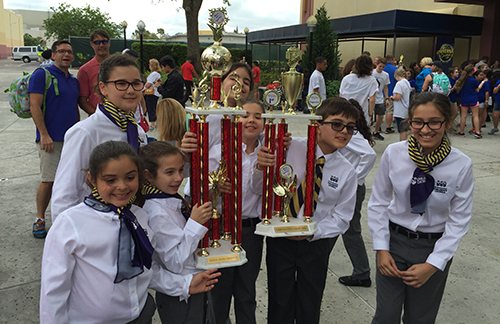 Members of St. Bonaventure's Children's Chorale hold up some of their championship hardware.

In addition, 12 St. Bonaventure middle school students, calling themselves the "Voice of Twelve," competed for the first time in the Middle School Concert Choir category. They also received a Superior Rating and first place and won the Middle School Grand Champion Award for Choral Music - even though they had only taken music as an elective in the second and third academic quarters.

"She and her students set the standard for middle and elementary school musicians at the latest Spring Music Festival, much to the delight of the judges," wroteE. L. Kleinschmidt, president of Music USA Groups, in a letter to St. Bonaventure's principal, Nydia Claudio.

"Once again you have proven how dedication, imagination, and discipline combine to produce wonderful music from eager students," Kleinschmidt wrote in a separate letter to Granados. "While we at Music USA have enjoyed all previous performances, we were especially delighted by this year’s offerings in vocal music. The students seemed truly involved in their performance and their spirit was reflected in the music they produced."

The selections performed by the students were: 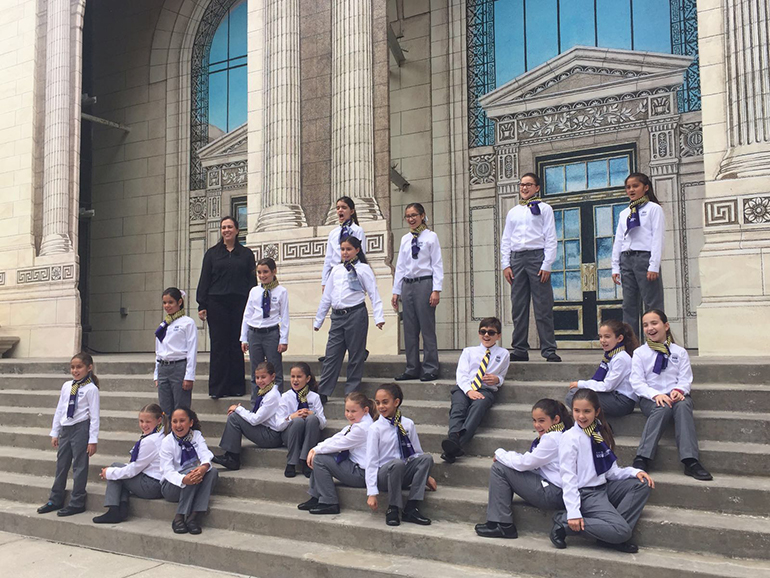 Members of St. Bonaventure's Children's Chorale and their director, Ysomar Granados, pose for a photo in front of a facade at Universal Studios in Orlando.

Monday, 13 May 2019
Ordination: Stories on the sidelines