Florida Supreme Court Justice: What does it mean to be a 'Catholic lawyer' 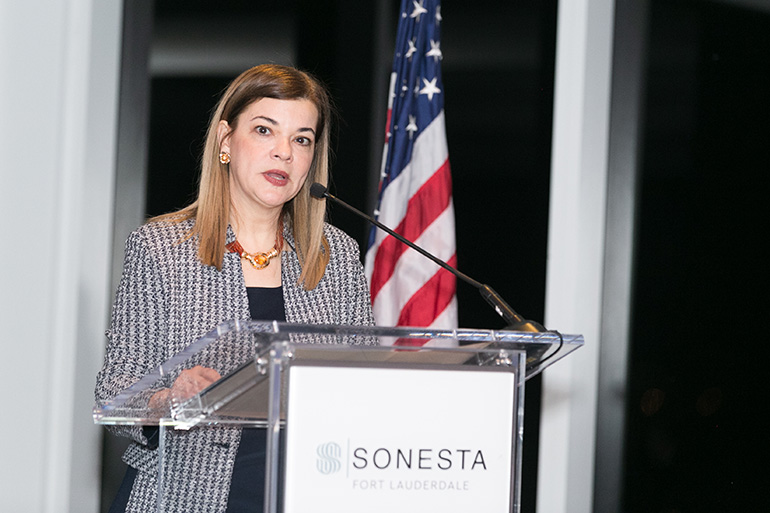 Justice Barbara Lagoa, President Trump's nominee to the U.S. Court of Appeals for the 11th Circuit of Florida and currently a member of the Florida Supreme Court, was keynote speaker at the 30th annual Red Mass reception of the St. Thomas More Society of South Florida in Fort Lauderdale Sept. 26. Justice Lagoa is a Miami native who grew up in Hialeah, attended Monsignor Edward Pace High School in Miami Gardens.

FORT LAUDERDALE | Speaking at the annual dinner reception of the Broward County-based St. Thomas More Society Sept. 26, a Miami native and member of the Florida Supreme Count explored what it means to be a “Catholic lawyer.”

“My Catholic education instilled in me an abiding faith in God that has grounded me and sustained me through the highs and lows of life,” said Justice Barbara Lagoa, who was recently nominated by President Donald Trump to the U.S. Court of Appeals for the 11th Circuit. She currently serves on the Florida Supreme Court.

Justice Lagoa grew up in Hialeah, where she attended Immaculate Conception School and then Msgr. Edward Pace High School in Miami Gardens. She earned her Bachelor of Arts degree in English in 1989 from Florida International University.

Mentioning that Miami’s second archbishop, Edward McCarthy, holds a special place in her heart, Justice Lagoa held up a picture of him presenting her with a high school diploma.

“That picture itself is proudly displayed in my parents’ living room,” she said during her remarks, which followed the 30th annual Red Mass celebrated at St. Anthony Church in Fort Lauderdale.

Justice Lagoa then asked her audience: Can one be a strong advocate for one’s client and still be a Catholic?

“It is more than going to Mass every Sunday, and to me at least, it means having a personal relationship with God that in turn informs how we treat others,” she said.

She noted that the Oath of Admission to the Florida Bar was amended in 2011. It now requires that lawyers swear fairness, integrity and civility not only in court but in all pertinent written and oral communications. 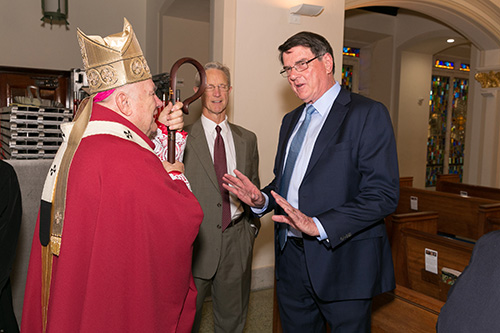 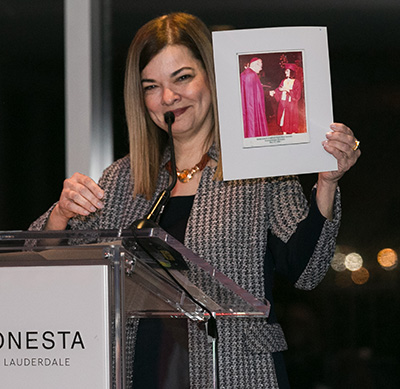 Justice Barbara Lagoa, President Trump's nominee to the U.S. Court of Appeals for the 11th Circuit of Florida and currently a member of the Florida Supreme Court, holds up a picture of Miami's second archbishop, Edward McCarthy, presenting her with her high school diploma. 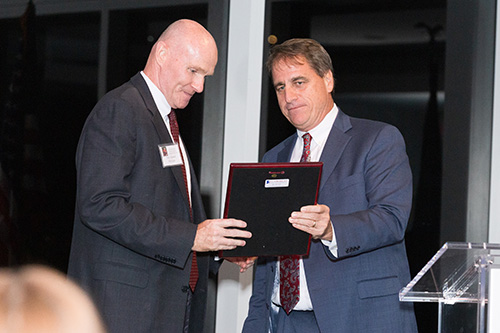 “I suggest that in order to be a good Catholic advocate, one should start with St. Thomas More,” the justice said of the English-born lawyer and of the Red Mass tradition. Red Masses are held every year for legal professionals around the world.

“Thomas More was a man deeply involved at the highest levels of a political and judicial structure of his time — a man accustomed to the rough and tumble of politics,” Justice Lagoa said.

“He was Henry VIII’s Lord Chancellor — perhaps the most appointed position in England at that time. Not only a skilled lawyer-politician, More embodied the virtues of his day: He was a Renaissance humanist and an author who wrote ‘Utopia,’ which many believe was patterned on the monastic communities common across England at the time.”

Justice Lagoa added that More was a father who made sure his daughters received the same classical education as his sons. “And in fact his daughter Margaret Roper was considered the most learned woman in 16th century in England. And it was Margaret who smuggled letters and other items to More when he was imprisoned in the Tower of London.”

The life of Thomas More teaches Catholic legal professionals that they should not compartmentalize professional lives from spiritual lives to justify a lapse in faith or moral conviction, Justice Lagoa said.

One thing is how lawyers interact with clients but does the type of advice a lawyer gives a client recognize the client’s integrity and help them make informed decisions about their own goals? “Or has the lawyer overshadowed his or her clients’ autonomy and taken over the decision-making role?” Justice Lagoa asked, mentioning a litany of other troubling and contentious areas of legal life in the modern world.

Sometimes it is better to seek the virtues of patience and understanding and simply not engage, or to ask for the guidance of the Holy Spirit, and the gifts of wisdom, counsel and fortitude, she added.

In September, both Florida Justices Lagoa and Robert Luck were nominated by President Trump to serve on the 11th Circuit Court of Appeals. “We wish both justices success in the nominating process they are about to go through,” Tuter said.

The Society gave its 2019 annual Archbishop Edward A. McCarthy Award to Judge Edward Merrigan of the 17th Judicial Circuit of Florida. He is also a Brigadier General in the U.S. Army Reserve who attended the event along with his wife, who is also an attorney, Tamara Rimes-Merrigan. 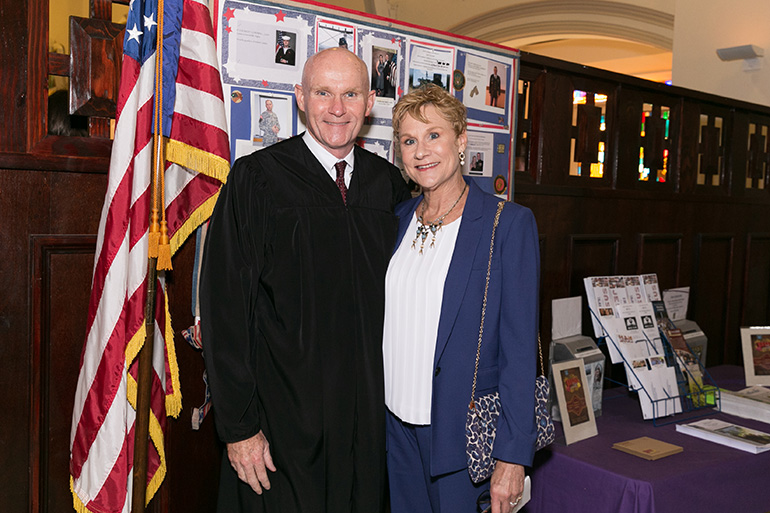