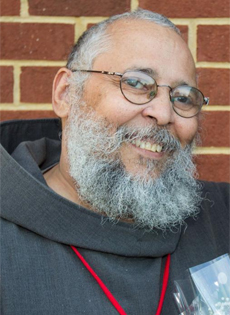 Has a background in spiritual theology and psycho-education; prior to embracing the consecrated life, he was a widowed dad of a son and daughter.

Formerly a Capuchin-Franciscan missionary in the Caribbean; served as director of Pastoral Care at the Kennedy Institute of the Archdiocese of Washington; has served persons with developmental disabilities for over 40 years.

Came to the Archdiocese of Miami in 2002, after a three-year mission in Guayaquil, Ecuador, where he served as the founding dean of the first college of human ecology in South America.

Founder and director of Project Joseph, an apostolate under the auspices of the Respect Life Ministry which provides education, counseling and material assistance to fathers in crisis and dealing with unexpected pregnancies.

The Franciscan Brothers of Life is an emerging Franciscan community in the Archdiocese of Miami. The brothers have a two-fold mission: to proclaim the Gospel of Life in the manner of St. Francis of Assisi and to do penance in atonement for those who embrace the culture of death.