What I read in the article, 'Politics, voting and Catholic teaching' 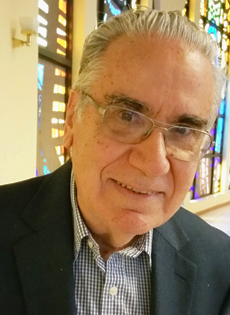 After reading Archbishop Thomas Wenski's recent column in the Florida Catholic and La Voz Católica, and later seeing some of the readers' comments, I was struck by the fact that some of them referenced or presented ideas and points that I could not connect with what the archbishop had written.

I have read several times what he wrote and I want to say that nowhere did I find support for one candidate or another. I find these words of the archbishop very clear and precise: "(O)ur Church ... does not tell the faithful to vote for any candidate or party."

Likewise, in the face of an almost exclusive focus by some readers on the crime of abortion, the archbishop reaffirms that "the Church engages in a wide variety of public policy issues including the defense of unborn life, of religious liberty and of marriage as a union of one man and one woman, as well as advocacy on issues concerning immigration, education, poverty and racism, along with many others."

The archbishop reminds us that the Church "offers a specific moral framework that should guide the voter in making prudential decisions" about who are the best and who are the "least" worse candidates. He adds that this moral framework, anchored in Scripture and the teachings of the Church, should guide us in examining candidates across a wide range of issues, as well as in their personal integrity, philosophy, and performance.

There are a few words in the archbishop's commentary that in my opinion have been ignored by some: "We need a new kind of politics — one focused on moral principles, not on polls; on the needs of the vulnerable, not the contributions of the powerful; and on the pursuit of the common good, not the demands of special interests."

This is an essential point and we should not ignore this much-needed advice in today's confusing political environment.

In a way, the archbishop "pulls our ears" by telling us that "too few citizens hold elected officials accountable by exercising their right to vote." And a little later he reminds us of our responsibility to "defend human life and human dignity whenever they are threatened. A priority for the poor, the protection of family life, the pursuit of justice and the promotion of peace are fundamental priorities of the Catholic moral tradition which cannot be ignored or neglected."

In this, the archbishop is simply consistent with his longstanding concern and care for the neediest in our communities.

Finally, I would also like to mention that the archbishop clarifies for us a question that many ask and apparently, some have not yet assimilated, since the subject is still burning in the spotlight. He reminds us that "no Catholic should vote for a political program or law with the intent of contradicting the fundamental principles of our faith. A voter who would vote for a candidate precisely because he or she was pro-abortion would certainly be guilty of sin — objectively speaking. Someone may arrive at a prudential decision to vote for a candidate for other reasons..." and this would not be contrary to Church teaching.

Along the same line, I think it is necessary to point out that, in our current political reality, one of the two candidates, although personally not approving of abortion, in his public role is opposed to making it illegal; and the other has restored the death penalty as a punishment for certain crimes. Voting for a candidate because he or she supports either abortion or the death penalty would be contrary to Church teaching.

It only remains for me to thank the archbishop for his much-needed words at a time when, as he so well describes, "The stridency and polarization of politics in America today can be discouraging."

Clara Montano - 10/11/2020 04:23 PM
I am very disappointment for all the controversy about the two candidates for this election 2020. I cannot believe how this environment has the country separated and the Catholics getting in the middle of the controversy. I am Cuban where I born and Growth up and where to be a Catholic was impossible because the government placed control of the church and the filigrees. To see how the church at the present time is getting involved in the election takes back to the memories when I could not manifest my faith for the Catholic church. We have to Pray for America, for the Best candidate for the Americans. For the Peace and Love and the integrity of all Americans: and not to influence with comments for whom I should vote and not.

SUSAN O'NEILL - 10/07/2020 02:53 PM
John 8:44 You belong to your father, the devil, and you want to carry out your father’s desires. He was a murderer from the beginning, not holding to the truth, for there is no truth in him. When he lies, he speaks his native language, for he is a liar and the father of lies. Jesus himself said that Satan is the Father of all lies and liars belong to “their father, the devil.” Integrity in leadership looms larger than any one issue. In John 14:6 Jesus answered, “I am the way and the truth and the life. No one comes to the Father except through me.” The truth is a person, and those who reject the truth reject Jesus Christ, self-proclaimed as the truth incarnate. Why would a serial liar be the choice of so many who profess to love and follow the paragon of truth?

Dana Hreso - 10/06/2020 04:10 PM
In your article you state that "voting for a candidate because he or she supports abortion or the death penalty is contrary to church teaching," however you do not mention that certain candidates are funded by and protect institutions that carry out such crimes. The article doesn't mention that when deciphering between the lesser of two evils, the number of casualties of one of the two crimes is in the millions while the other under is under 100. Your article doesn't mention that one party has tried to force Catholics to violate their conscience (Little Sisters of the Poor), while the other fights to protect them. I believe your article could mislead voters to believe that the two presidential candidates equally violate Catholic teaching, when one of them does so overwhelmingly more. One of the candidates has even tried to prosecute a man for trying to expose an institution for selling body parts of aborted babies without their mothers' knowing. Consequently, your article is not an accurate comparison of the evils we need to vote against.

Sammy Diaz - 10/06/2020 10:05 AM
Very well explain, a well formed catholic analyses all issues of the catholic social teachings, not only one. The abortion situation isn't as simple as make it illegal and it will disappears. For a woman to consider an abortion has to be pregnant. Is a social and moral situation for both, her and the man. our responsivity as a church is to be compassionate with the women and help her find solutions to the situation, the father of the child most assume responsibility too. It is so ease to mention statistics and condemn, and so difficult to help each women in her own situation.

Vivian Gonzalez - 10/05/2020 08:22 PM
Mr. Fernandez, thank you for clarifying an article which I thought was very clear to begin with. @Maria Alemany I agree with you 100%. Sad fact, more than 60 million legal abortions have occurred in the US since 1973. Average 1.3 million reported abortions per year! God help us and forgive us.

Gustavo - 10/05/2020 04:20 PM
The bottom line is any Catholic who votes for a pro-abortion party that has said it would persecute the Church commits Mortal Sin. End of story.

Gines Lleonart - 10/05/2020 12:25 PM
After reading the Archbishop's letter I believe it is a clear condemnation of abortion as the taking of a human life. It is also an admonition to strongly consider a candidate views on abortion before voting. I could not find anything about considering views on the death penalty or comparisons of abortion to the death penalty. And this may be because while are over 750 thousand abortions in the US in a year there were only 22 people executed in the US last year. 18% of pregnancies end in an abortion. Less than 1 in a thousand murderers are executed. While the Article stops short of ordering Catholics to vote against candidates that have vowed to keeping abortion legal, it does single out abortion as unique evil in our society and implies that Catholics should strongly consider using their votes to end this evil. I thought the letter was clear and compelling and personally I will not sanction abortion by voting for a candidate that for whatever reason wants to keep it legal. And the fact that a candidate states that he personally opposes abortion does not excuse him. It is not OK to personally oppose murder if you refuse to call 911 to prevent them. Respectfully,

Deacon Vince Eberling - 10/05/2020 11:22 AM
We thought out analysis. No one has every said that a well formed conscience is easy. Being a faithful Catholic in our world is challenging. Regardless of who is elected we must live into our Baptism by calling any public official on their policies that go against Church teaching.

Maria Alemany - 10/05/2020 11:17 AM
I can’t believe what I am reading. No Catholic should ever support abortion in any way shape or form. Unfortunately I will never receive a response for this comment I am totally frustrated with the blogs that I have seen recently in the archdiocese. For you to say that it is basically s OK to vote for a candidate that is pro abortion is frankly unbelievable. All I can say is Jesus is listening!

Miriam Roman - 10/05/2020 10:47 AM
Finally someone read all the letter. I guess most people make the interpretation according their own will. Thank you