Our Church is suffering a ferocious attack 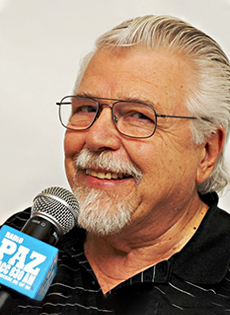 Our Church is suffering a ferocious attack in various Latin American countries. The Latin American family (FAVILA) has been asking all Vincentians and people in general to pray in these moments of crisis. In almost all of South America, in the past, 90% of the citizenry identified as Catholic. We have lost this great mass of people for many reasons; but that is another story.

One of the countries that is suffering greatly is Nicaragua. The dictatorship wants to end Catholicism in that country and has imprisoned bishops and priests, expelled nuns and sent them into exile, for the sole sin of helping the population. Matagalpa’s Bishop Rolando Álvarez never encouraged "sedition" as the dictator Daniel Ortega and his henchmen say: All he asked was for people to pray and ask God to grant them dialogue to achieve peace. Yet the government accuses him of “sedition” knowing full well that the only “weapon” the priests have is the crucifix of our Lord; that they cannot defend themselves when they are attacked and put in jail. That should not be the position of a politician but Ortega, like almost everyone, uses the revolution to make himself a dictator. He and others like him do not understand that they can imprison our priests, close the churches and destroy our images; but the only thing that they will never be able to tear from us is the love of God, which we have in our hearts: We will carry that until the end of our days.

This is not only in Nicaragua; recently in Bolivia they wanted to impose a law to close the churches. Apparently they did not do it for fear of popular reaction and that the people would behave as they did with Evo Morales. In Argentina, the relationship between Church and state deteriorates day by day. In Mexico, the president attacks the Church; and he called the Jesuits hypocrites, when they demanded justice after two of their brothers were killed. And nothing has been done to find the murderer...

I believe that in situations like this, all Catholics must respond energetically, and not continue to remain silent in the face of so much ignominy. It is time that we seek guidance from our bishops, and that both they and we manifest ourselves in defense of the only Church created by Jesus: ours.

Those of us who have contacts in the media must meet with our bishops to make the whole world aware of the enormous aid that people receive through Catholic schools, Church programs for the elderly and people who cannot afford their basic needs, and many other initiatives that reach everyone, without asking for anything in return or imposing any obligations on the recipients: work that most citizens are unaware of.

Let's go out and preach in the streets, and let our voice be heard by all. This is not some marketing campaign: It is our obligation. If we truly call ourselves Catholics, we must defend our faith and our only King: Jesus of Nazareth.

This blog originally appeared as a column in the January 2023 edition of La Voz Católica.

Diana B Fernandez - 01/24/2023 12:06 PM
It is so sad to see how the leaders of some Hispanic Cou ntries are going against the Catholic Religion, by closing our Curchus or making it so difficult for Catholics to keep attending Mass or even going to church. These people are not only being selfish but they are going against our freedom to practice our faith and this is against all human rights. Our Lord and the Virgin Mary must suffer a lot to see all this. However, the truth and justice will always prevail and win over these harmful people.