Disarming our hearts, disarming the world 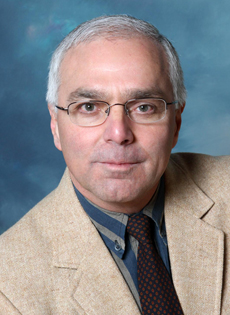 The world is awash with weapons!

So much of the world is obsessed with weapons. According to the Small Arms Survey, over 1,000 companies, in nearly 100 countries have produced approximately 875 million small arms circulating worldwide.

Furthermore, scores of large arms manufacturing corporations are making a killing (pardon the necessary pun) in profits. According to the Stockholm International Peace Research Institute (SIPRI), “Sales of arms and military services by the industry’s 100 largest companies totaled $531 billion in 2020.”

As immoral and deadly as a world awash with conventional weapons is, we must not forget the ominous nuclear threat posed by the world’s nine nuclear armed nations (https://bit.ly/3qS7c4z).

With NATO weapons pouring into Ukraine since President Putin ordered a Russian invasion, and with the combined massive economic sanctions against Russia, Putin has threatened to use nuclear weapons.

It would be extremely foolish to take Putin’s threat as merely a bluff. For if he feels so threatened that the use of nuclear weapons – initially using tactical/battlefield nuclear weapons – is his only option, then it is virtually certain that the U.S. and NATO would launch a similar tactical nuclear response. At that point it would become dangerously probable that the situation would quickly spiral out of control into a full nuclear war!

Please watch the nuclear war movie “The Day After.” It realistically portrays how a nuclear war could quickly be upon us – killing most of humanity and destroying God’s good earth (watch: https://bit.ly/3wQXwv2).

We cannot let this happen! Each of us can make a difference. We are not alone.

Let us never forget that Jesus, the Prince of Peace, before physically leaving this world assured us that he is always with us, even until the end of the age! And that with God all things are possible – even ridding our world of nuclear weapons, as well as all weapons.

And so going forward with God at our side, it is vitally important that we regularly urge our national leaders to genuinely work toward building a world without weapons – by significantly cutting weapons funding, with the foreseeable goal of eliminating all weapons funding.

Furthermore, it is essential that we urge our political leaders to sign onto the Treaty on the Prohibition on Nuclear Weapons (see: https://bit.ly/3K7pndW). To date, all nine nuclear powers irresponsibly refuse to sign and ratify this landmark U.N. treaty.

And it is important for people not only in the U.S., but around the world, to contact President Biden (www.whitehouse.gov/contact/) urging him to pull out all the stops in waging a creative diplomatic campaign to bring the Russian-Ukrainian war to a quick negotiated end (see: https://bit.ly/3qSXT4d).

Other aids in helping us to disarm the world are the Sisters of Mercy alerts https://sistersofmercy.org/mercy-for-justice/action-alerts/ and World Beyond War efforts https://worldbeyondwar.org/.

But before we can effectively disarm the world, we must disarm our hearts!

Let us take stock of what needs to be disarmed in our hearts. In deep sincere prayer, let us examine any remnants of anger, violence, vengeance, unforgiveness, unwillingness to reconcile, indifference to those in need, a desire for power, a sense of superiority, a failure to see everyone as a brother or sister and child of God. And let us seek the sure mercy of God.

In the words of our risen Lord Jesus, the Prince of Peace, “Shalom aleichem!” That is, “Peace be with you!”

Felipe A - 05/16/2022 05:10 PM
It's quite easy to blame firearms for the evil perpetrated with them. To be fair, we should equally blame automobiles, kitchen knives, baseball bats, machetes, etcetera. The real perpetrator is not the instrument, not the circumstances or the context, but the evil in man's heart. I don't even blame the devil most of the time. In the same way darkness is not the absence of light, but the absence of a reflective object, the evil in man's heart is not just the absence of God, but rathe the absence of basic Godly principles, that are only taught in a loving home. Tenets such as the sanctity of life, the brotherhood of man, and respect for your brother's rights, should be foundational teachings for young kids to grow and flourish as peace loving and caring adults. Please research some more. Statistic where firearms were used for good vastly surpass the number where crimes were committed.

Valli Leone - 05/16/2022 10:18 AM
Thanks, dear Tony, for this much needed information and article. We who are committed disciples of the Lord Jesus Christ know that the weapons of our warfare are not carnal but they are spiritual, as told to us by Saint Paul in Ephesians 6. Our Church teachings from the Word of God, and clearly understood through the Catechism hold the key to what is a “just war” and how we can become better peacemakers in this world by sharing the Gospel of love and brotherhood wherever we go. We as Christians should be disgusted with the violence, the hatred and with all killing. Holy Spirit, may the abundant life that Jesus came to give us be known, received and shared all the days of our lives. Holy Spirit, come with your fire! Hallelujah! âï¸âï¸ð