The flagellation of Christ 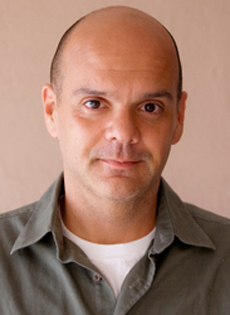 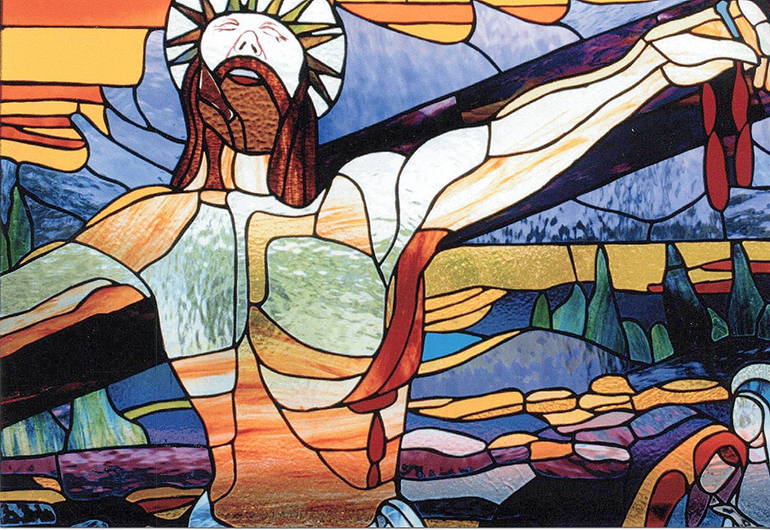 The crucifixion - a bloody spectacle - as depicted in a stained glass window at St. Bonaventure Church in Davie.

During Lent, the readings and prayers of the Church focus on the Passion of Christ. Collectively, the last two weeks of Lent are called Passion Time. The first week is called Passion Week, while the second is known as Holy Week.Part of Christ’s suffering commemorated during Holy Week is the Scourging or Flagellation of Christ.

Before crucifixion, the condemned would often endure flagellation. A whip with leather strands called a flagrum or flagellum in Latin âscourge in Englishâ was fashioned with pieces of metal or bone and used to lash the back, shoulders and legs of the convict. At first, the skin and underlying fat were torn. Then the muscles and tendons were slashed, including the vessels that supply blood to the tissues.

There was no Roman law limiting the number of flagrum blows the condemned received, and the Bible does not reveal how many Jesus endured. Tradition, however, holds that Christ received 39 lashings. There are several reasons for this odd number. The Law of Moses states:

“Forty lashes may be given, but no more; or else, if more lashes are added to these many blows, your brother will be degraded in your sight.” (Deut 25:3)

Some scholars say that, for fear of exceeding God’s limit, Jewish practice by Jesus’ time had reduced the number to 39, in case the person administering the blows were to lose count. The Apostle Paul received this number:

It is also believed that a Roman flagrum had three bands of leather, making every strike three stripes. Thirteen hits rendered 39 stripes. Adding another lashing would exceed the number by two. There is no evidence, however, that the Romans had any set limit to how many lashes were given.

The vast amount of blood loss during the scourging, however, would often send the victim into circulatory shock and unconsciousness â leading many to death. The historian Eusebius of Caesarea describes the flagellation of Christians who were martyred:

“â¦their bodies were frightfully lacerated. Christian martyrs in Smyrna were so torn by the scourges that their veins were laid bare, and the inner muscles, sinews, even entrails, were exposed.”

After the scourging, the Scriptures say that Christ was taken by soldiers into the praetorium â the palace of Pontius Pilate, the Roman procurator of Judea. Jesus was surrounded by a cohort of soldiers (300 to 600 soldiers) and a crown woven of thorns was placed on his head.

While the Bible does not specify what kind of plant was used, any size thorn would cause blood loss as it forced its way through the scalp. Jesus was also forced to carry a reed and wear a scarlet robe â attire reserved for royalty. With an improvised crown, imperial robe and mock scepter, Jesus was ridiculed, spat upon and struck by soldiers who knelt before him saying, Hail, King of the Jews.

After a vicious scourging, Jesus was mocked while wearing a crown of thorns and a scarlet robe â a cruel parody of the regalia worn by the emperor. The actions by the Roman soldiers unwittingly carried great symbolism and fulfilled prophecy.

Thorns represent man’s disobedience. In the Garden of Eden, Adam and Eve were told by God that they could eat from any tree except from the tree of knowledge of good and evil, but they were persuaded by the serpent to eat the forbidden fruit.

God then tells Adam that the ground is cursed, and despite his great labor in cultivating it: “thorns and thistles shall it bring forth to you.” (Gen 3:18)

The color of the cloak placed on Jesus â scarlet â represents sin: “Though your sins be like scarlet, they may become white as snowâ¦” (Isa 1:18)

By wearing the crown of thorns and the scarlet robe, Christ is taking on himself the icons of the fall of man and of humanity’s sin. In addition to having symbolic meaning, Christian writers see the scourging as fulfilling prophecy.

Isaiah’s prophecy is realized by Christ’s stripes â the marks on his back left by the flagrum: “â¦with his stripes we are healed.” (Isa 53:5)

By hitting Jesus, the soldiers fulfill Micah’s Messianic vision: “With the rod they strike on the cheek the ruler of Israel.” (Mic 4:14)

Christ’s flagellation also has a typological aspect. In Biblical typology, a story from the Old Testament (type) prefigures one found in the New Testament (antitype). In the story of the sacrifice of Isaac, theologians see Christological typology.

In the narrative, God provides a ram (a male sheep) as a replacement for the sacrifice of Abraham’s only son. The ram was found caught by his horns (head) in a thicket (thorny bush), foreshadowing the crown of thorns worn by Christ, the lamb of God.

Three of the four Gospels tell of the scourging of Christ. The accounts do much more than merely relay historical events. The flagellation is full of symbolism and fulfilled prophecy: it was the antitype to Old Testament types.

The soldiers spat on Jesus, knelt before him and jeered: “Hail, King of the Jews” (Matt 27:29)

The words, intended as a mockery, express an eternal truth.