St. Francis of Assisi and Church teachings on the environment 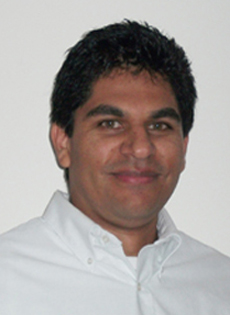 English Spanish Nelson Araque Profile
Nelson Araque Profile
On October 4, the Catholic Church celebrates the feast day of one of the most loved and popular saints, St. Francis of Assisi (1182-1226). In 1979, Pope John Paul II proclaimed St. Francis as the âheavenly patron of those who promote ecologyâ (Apostolic Letter Inter Sanctos: AAS 71). As the late pope stated:

âHe offers Christians an example of genuine and deep respect for the integrity of creation. As a friend of the poor who was loved by God's creatures, St. Francis invited all of creationâanimals, plants, natural forces, even Brother Sun and Sister Moonâto give honor and praise to the Lord. The poor man of Assisi gives us striking witness that when we are at peace with God we are better able to devote ourselves to building up that peace with all creation which is inseparable from peace among all peoples.â

St. Francisâ exemplary relationship with Godâs creation, where every creature was sacred, is a path to follow today. It is a call to be stewards and care takers of creation recognizing our interconnection to it. St. Francis illustrated for us today that the best way to reach a perdurable peace is when we live our life as part of the creation, not when we live to master or plunder it. And his example of deliberately embracing material poverty to be both in solidarity with the poor of his age and as a way to live in harmony with creation is a model for us to follow in a resource-scarce world.

In our day, St. Francisâ exemplary relationship with Godâs creation serves as a model to fight against the most dangerous effect of the ecological crisis we live in, climate change. The Catholic Climate Covenant is an effort supported by a dozen national Catholic organizations including the U.S. bishopsâ Office of  Justice, Peace and Human Development and the bishops' Environmental Justice Program. Through its Catholic Climate Ambassadors program, the Catholic Climate Covenant offers presentations on the moral implications of climate change consistent with Catholic teaching as outlined by the Holy Father in his World Day of Peace Message of 2010, "If You Want to Cultivate Peace, Protect Creation," and in the U.S. Catholic bishopsâ statement, "Global Climate Change: A Plea for Dialogue, Prudence and the Common Good."

Each ambassador is charged with promoting The St. Francis Pledge to Care for Creation and the Poor: a promise and a commitment by Catholic individuals, families, parishes, organizations and institutions to live our faith by protecting Godâs creation and advocating on behalf of people in poverty who face the harshest impacts of global climate change. To join the Covenant, you commit to act on each of the five elements of the St. Francis Pledge:

If you are looking for how to celebrate St. Francisâ feast, I invite you to check out the St. Francis Pledge on Catholic Climate Covenant's website. It is your first step in the direction of caring  for creation and the poor.

If you want to know more about the Catholic Climate Ambassadors program go to http://catholicclimatecovenant.org/about-us/catholic-climate-ambassadors.

Michele MacEachern - 10/06/2011 02:45 PM
Deacon Lee, I must object to a number of points you raise. First of all, Nelson does not adhere to anti-Catholic views nor does he claim to be a scientist. No one is denying that the earth has experienced traumatic weather cycles, beginning millions of years ago. Knowledable contemporary scientists in this field cannot help but acknowledge the empirical evidence of current and dangerous levels of carbon dioxide and other serious pollutants in the environment. In this century we have the capacity to greatly accelerate serious global health problems through our own careless use of creation. Just one illustration is reckless depletion of rain forests and sprawling over-development. These practices are greatly limiting the existence of trees and plants which convert CO2 to oxygen.

Nelson made no mention of either contraception or abortion as solutions. On the contrary, as a teacher of Morality at a Catholic high school, he reinforces the teachings of our Church daily to an age group that needs the very sound guidance he provides. Surely no person of faith would see those "solutions" as justifiable. Regarding working for legislative reform, this has been encouraged by the USCC for decades, and not just during presidential elections.

As for dear St. Francis, no one can extrapolate with certainty from his own few words and quiet life to the complexity of the present world situation. By the way, his most significant gift to the Church is his "Rule" , which is is not about animals and plants, but speaks of a simple vowed life in community. He was charged by our Lord to "Rebuild my Church", not tame the wolf of Gubbio.

But even the Baltimore Catechism taught me that all creatures have souls- finite and nonrational though they be. One would be hard pressed to argue that they should take precedence over even one human being.

As St. Francis did say, "peace and good".

Deacon Steven M. Lee - 10/06/2011 08:09 AM
Nelson: I respectfully disagree with your position, and believe your blog may cause confusion among the faithful regarding these issues. Global warming or "climate change" as it is now called is the hypothesis or theory that the carbon dioxide generated by human activities is causing the planet to warm significantly. I believe, as do many reputable scientists, that climate change is a hoax. Even before God created man to inhabit the planet, earth has alternatively warmed and cooled throughout history. We have had ice ages, as well as times when the polar ice caps on both poles were melted. Climate is constantly in change. Moreover, the leading scientists who provided the data upon which the "climate change" is based admitted to falsifying the data in order to try and give credibility to this theory. St. Francis would support truth, not fraud.

Moreover, the agenda of most persons and groups proposing solutions to "climate change" is very un-Catholic. Human beings produce carbon dioxide every time they breathe. The bottom line is that virtually all of these climate change groups seek to limit the world's population by contraception and abortion, and their "women's health" programs are aggressively imposed upon the world's most poor and vulnerable. St. Francis would not approve or support this, nor is it Catholic to approve or support this. Believing in "climate change" and fighting for legislation and other measures limiting carbon dioxide output is not a choice one must make as a good Catholic, nor is it one that St. Francis would make if he were alive today.

Finally, you correctly point out that all of God's creation is sacred, and that "every creature is sacred," but this can also engender confusion. There is a fundamental difference between man, who possesses an eternal soul, and other creatures. Every human person is infinitely more valuable than any animal. There is a professor at Harvard advocating "creature equality", who places animals on the same level as humans. Already we have laws in this country which give greater protection to certain species of unborn whales than to unborn children. Let's be clear on this point: "Animals do not have souls." Yes, we should treat animals with care, and we should avoid unnecessary cruelty to animals. However, the interests of an animal or even an entire species of animals should never take precedence over the needs of people. God bless you.