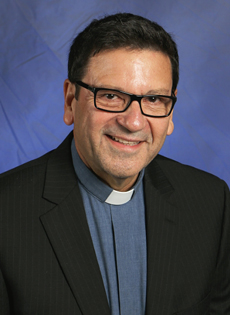 He was ordained for the Archdiocese of Miami on May 8, 1999, and served at St. Mark Parish in Southwest Ranches, Immaculate Conception in Hialeah and St. Louis in Pinecrest. In 2005, he was named administrator, and then pastor, of Mother of Our Redeemer Parish in northwestern Miami-Dade County.

At the age of 6, when he watched a movie about the life of St. Francis of Assisi.

When he was much older, the death of a friend. âHis faith in God was so evident that at the moment of his death, I started wanting what he had â a personal relationship with God. As I began my journey to finding God â¦ the desire to be a priest returned, so I had to act on it. Thank God I did!â

âIf I had to pick one, Iâd say administration. The rest has been an âon-the-job trainingâ; it prepares you to learn on the job. The seminary did help me to become a better person and to listen to God, to trust his will and follow his lead.â

âI would be a cardiovascular technologist or be in a profession where I have to serve the public. All my life Iâve been geared toward people.â

" I have come to understand that everything that I have done in my life has brought me to where I am now. "

âAs a priest, what I enjoy the most, besides celebrating the Eucharist, is funerals. It is a moment when you bring hope, comfort and healing to the person who mourns the loss of a loved one. Sometimes it even triggers a conversion in members of the family.â

âOne who is down-to-earth, who recognizes his brokenness and offers it to God; one who is as loving and merciful to (Godâs) people as he is able to be, with the grace of God.â

âThat we are perfect and should never make a mistake.â

About a year ago, Father Jaime Acevedo switched to driving a Smart Car convertible. He says he has no regrets. It is a lot easier to get around in traffic, and its savings on fuel are great on the pocketbook and the environment.

âRead a book. I may go out to lunch with friends, but mostly I stay home and rest.â

ââBattlestar Galacticaâ: I never watched it while it was being broadcast, but Iâve been watching it on DVD whenever I get a chance. Itâs better than the one from the â70s.â

âCome Be My Light: The Private Writings of the Saint of Calcutta.â

âMy music taste is kind of eclectic; it depends on the mood. I like classical, especially piano concertos, jazz, movie soundtracks, R & B.â

âMy parents, a great example of what true love and good marriage should be.â

âMaybe giving so much heartache to my folks because of my aversion to anything that had to do with studies. I was a lousy student!â

âFear itself. It can paralyze you and prevent you from doing the will of God.â

âNone. I have come to understand that everything that I have done in my life has brought me to where I am now. And God has been with me all the time.â