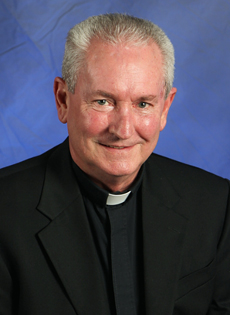 Born Dec. 7, 1956, in Sacramento, Calif., Father Grady is the third of five brothers (the youngest is deceased). His father served in the Air Force and the family moved often. Father Grady entered the seminary for his then home Diocese of Providence, R.I., right after high school. He obtained a bachelorâs degree in political science and philosophy from Providence College, studied a year at the Catholic University of Louvain, Belgium, and nearly two years at the Catholic University of America in Washington, D.C., before leaving the seminary. In order to support himself, he got a job as a desk clerk at a hotel in the nationâs capital and âkept getting promotedâ until becoming regional director of marketing for a national chain, a position which ultimately brought him to South Florida. In 1991, he returned to the seminary, entering St. Vincent de Paul in Boynton Beach. He was ordained for the Archdiocese of Miami on May 14, 1994, and has served as associate pastor at St. Gregory in Plantation and Nativity in Hollywood, as well as teacher and assistant principal at St. Thomas Aquinas High School in Fort Lauderdale. He was named administrator of St. Jerome in June 2011.

At age 18, and then again at 34: âEvery couple of years I would have the urge to go back but I would say, no, Iâm enjoying my life.â Finally, while working at a hotel in Florida, a Jewish lady who knew nothing of his background said to him, âHave you ever thought of becoming a priest?â A year later, âI made a deal with God. Iâll call (the seminary). Theyâll tell me Iâm too old. And then youâve got to leave me alone.â It didnât work out that way: âIf God wants you, God gets you.â

âI would be doing hotel management, which I loved.â

âI like to be able to sleep late in the morning and go out to dinner or lunch with friends.â

âI love the parish because itâs varied. Iâve had it where Iâm burying somebody in the morning and marrying somebody in the afternoon â¦ In parishes, people let you into their lives at the most difficult and joyous moments. And this is a great gift of being a priest.â

âThat there is still war in the world. Iâm a big advocate of peace. I just see absolutely no sense to the violence.â

âIt seems there are not enough hours in the day to do everything. And those are the days youâre going to get these sick calls and have to go to the hospital. Thatâs when I remember the saying, âIf you want to make God laugh, make a plan.ââ

âA man of prayer, a man with a sense of humor, and a man who can recognize Christ in everyone.â 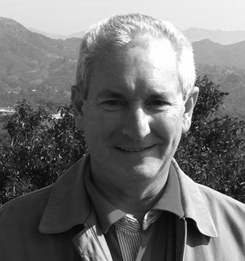 Father Michael Grady traveled to Hollywood, Calif., in March 2011 to preside at the wedding of a former student.

âAscribing any super human attributes to a mortal man is not really a good strategy. Priests are human like everybody else.â

âThey canât really prepare you for diocesan priesthood because their training is structured as if you were entering a religious community prayer together, etc. Your schedules are so busy (as a diocesan priest) that to try to plan morning and evening prayer together every day, thatâs not reasonable.â

âMy grandmother â¦ an incredible woman. She was a tiny little thing, lived to be 96 years old and she just had this wisdom.â Hers was the first family funeral he celebrated as a priest.