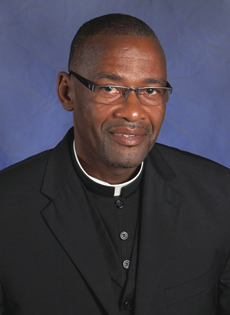 Born Feb. 14, 1961, in LimbÃ©, Haiti, Father Charles studied to become an electrician and interior designer after graduating from high school in his homeland. But he always felt called to the priesthood. After studying almost three years at Iteso, the Jesuit university in Guadalajara, Mexico where he became fluent in Spanish), he entered St. John Vianney College Seminary in Miami in 1992, and was ordained for the archdiocese on May 8, 1999.

He served at St. Mary Cathedral and Sacred Heart Parish in Homestead before being appointed administrator of Divine Mercy Mission in Fort Lauderdale in December 2004.

The community has about 1,600 families, all of them of Haitian origin.

When he was between 4 and 6 years old, he was impressed by the âextreme kindnessâ of Father Joseph Lepevedic, a priest who was very close to his family. âHe gave the last rites to my grandmother and when he gave her the last rites he said, âBye, and I will see you in heaven.â A couple of days after my grandmother died, he died. â¦ That is when I said I want to be somebody like that when I grow up.â

âI made more money at interior design so that is what I did after high school.â

âNobody really. I ran into a friend that I have not seen in about five years, and she told me, âEverybody always knew that you wanted to be a priest.â

âBecause this is a community that needs to be built up (physically and spiritually), I am involved with everything. I scrape, I mop, I do educational things.â

âI donât have any. If I have spare time, I do garden work around the church.â

âMy whole life I have been very close to the church. Because of my situation with my family (I had) to postpone going to the seminary to become a priest. But (the idea) was always there.â

"Somebody who has his feet on the ground; being yourself and knowing yourself."

âA design consultant, a large-scale operation that would deal with all phases (of design).â

âIt is difficult to choose just oneâ but first on the list is the migrant ministry in Virginia, where he worked when he was a seminarian. âYou had to be there to defend the people when they were being mistreated.â

âThe outlook you get in the seminary is completely different from what comes outside. Life outside is a big adjustment.â 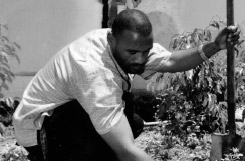 Because gardening is one of his hobbies, Father RobÃ©s Charles personally tends the garden at his parish, Divine Mercy Mission in Fort Lauderdale.

âThinking that a priest is a perfect man of the world; that they have to be serious men, always wearing black and white. They should be thought of as simple people.â

âWow! It is so large. I love music, I love singing. The only music I really donât like is blues.â

âMy dad, Jolius Charles. He taught me that nothing is impossible.â

People who put others down for no reason: âI donât really fear them. I just donât like to be around them.â