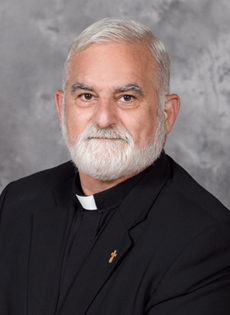 At 59, Father Joseph Maalouf is the oldest of this yearâs ordination class. He brings a lot of experience to the ministry. Ordained a permanent deacon for the archdiocese, the Lebanon-born, former body shop owner and manager speaks Arabic, French, English and Spanish, which he learned in Miami after arriving here in 1983. He also was married for 21 years and has two adult daughters.

âI was 11 years old when I first felt the calling,â he said. âI decided to do other things.â But the calling never left. âGodâs been calling for a long time. In my human weakness, I didnât want to give him more.â

After obtaining an annulment in 1999, he became very involved in his parish, St. John Neumann in Miami. His pastor, Msgr. Pablo Navarro, kept asking him, âWhat are you waiting for?â

âI was afraid,â Father Maalouf said. âAm I running away from the world? Am I going to hide in the Church? If thatâs the case, I didnât want to do it.â After âa long prayer,â he realized, âI was not doing things to run away from the world. Actually, I was running to God.â

He entered the diaconate program in 2005. But within six months of his deaconate ordination in December 2010, the call to priesthood manifested itself. He remembers the exact moment. He was assisting as a deacon at a funeral Mass when âI felt my heart exploding with joyâ¦ I realized it was a calling to the priesthood. I was called to be there consecrating.â

Instead of studying in South Florida, he was sent to what is known as a âsecond vocationâ seminary, the Pope St. John XXIII National Seminary in Weston, Massachusetts. The past five years, away from family, friends and his parish community have not been easy, but âall of my fears, all of my doubts, God took care of them.â 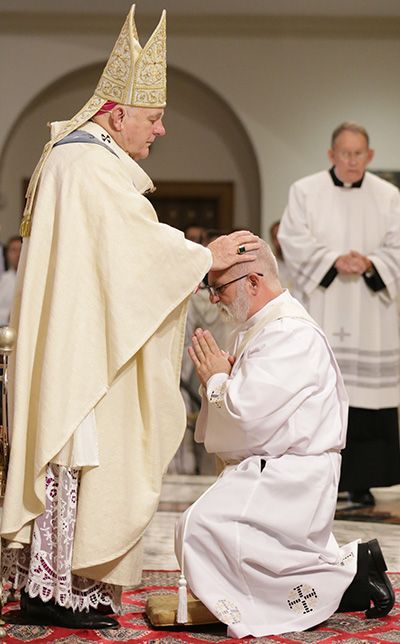 He hopes to use his experience to help couples and teenagers especially. âBecause I know what theyâre going through. Been there, done that. Not only with myself but with my children.â

Father Maalouf has been assigned to All Saints in Sunrise.