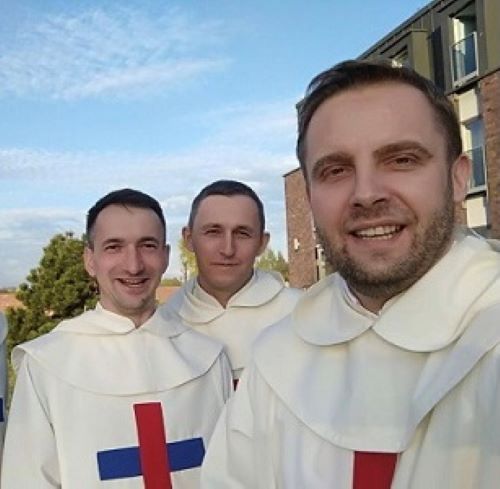 These are the Trinitarian friars in Poland who have opened their monastery to Ukrainian refugees. 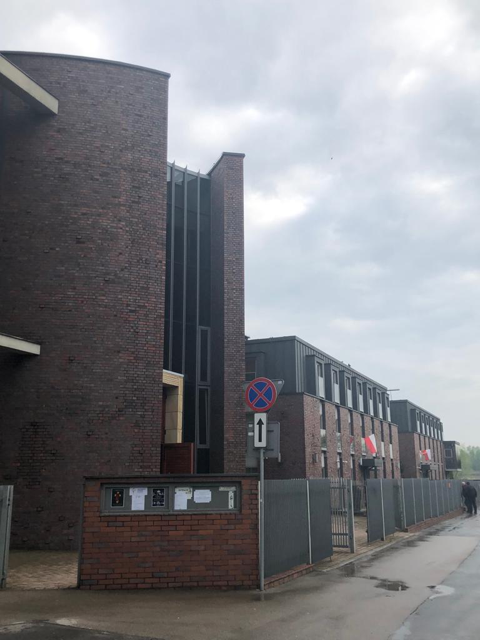 Image of the Trinitarian monastery in Poland that has opened its doors to Ukrainian refugees fleeing the Russian bombardment of their country.

PALMETTO BAY | As the world watches in horror the plight of the Ukrainian people, a group in South Florida has mobilized to help, using their connection to a group of Trinitarian priests and religious in Poland.

Trinitarian is the abbreviated name for the Order of the Most Holy Trinity and the Captives, founded in 1198 to ransom individuals held captive because of their religious faith. The Trinitarians are priests, brothers, contemplative nuns and sisters and a Third Order composed of lay people.

One of those very active Third Orders exists at Our Lady of the Holy Rosary-St. Richard Parish in Palmetto Bay, which was placed under the pastoral care of Trinitarian priests in 2011. This Third Order has devoted itself to increasing awareness of the plight of the persecuted Church and those Christians who suffer because of the faith, both in the U.S. and around the world.

The horrific invasion of Ukraine has stirred this Third Order to immediate action. In Poland, the Trinitarian monasteries and religious houses are providing a safe haven for hundreds of refugees, adults and children, displaced by the war. Already, several thousand dollars have been collected here and directly wired to the Trinitarian Friars in Poland for food, clothing and much needed medicines, as many of those fleeing the fighting are arriving with little or nothing.

“Our parish has responded with its characteristic generosity to assist those whose lives are marked by the hardships of the human condition,” said Trinitarian Father Daniel Houde, parish administrator. “As such, they participate directly and powerfully in the charism of the Trinitarian Family.”

“As of this writing even more funds are pouring in,” he added, “all for the greater glory of the Most Holy Trinity and the aiding of all who suffer. God grant freedom and peace to the Ukraine and around the world.”

Coraly Maldonado - 03/15/2022 04:00 PM
As a professed lay member of the Third Order of the Most Holy Trinity and of the Captives, I feel very proud of the work our priests in Poland are doing to help, not only the refugees living with them in their monastery, but also refugees at other religious houses in Cracow. If you want more information on how to donate, please visit our website: https://www.thirdordertrinitarians.org/