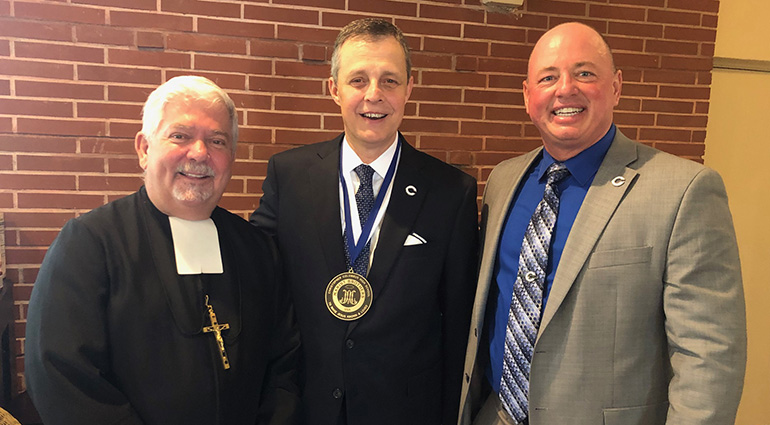 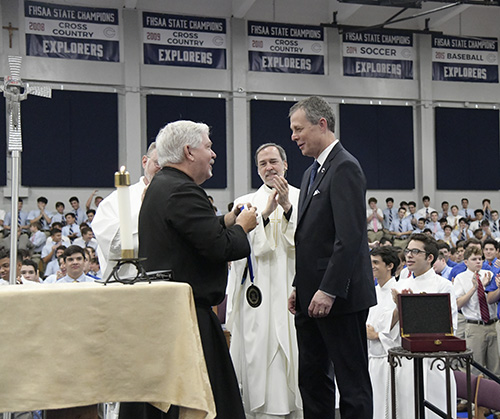 MIAMI | Thomas G. Kruczek was installed as the second president of Christopher Columbus High School during a Mass Sept. 10 celebrated by one of the school’s alumni, Father Alejandro Rodriguez Artola.

The Mass was attended by the entire student body, faculty, staff, and school board members, as well as members of Kruczek’s family. Brother Patrick McNamara, USA Provincial of the Marist Brothers, was on-hand to officially install Kruczek and present him with a special medallion that was created for the occasion.

Marist Brothers have staffed Columbus since 1959. The school still teaches "in the Marist tradition" and is a member of the Marist Secondary Education Association.

“The Marist Brothers and Columbus community are blessed to welcome Mr. Kruczek to the Columbus family. His experience and passion for education will contribute to the continued success of Christopher Columbus High School,” said Brother Patrick.

Kruczek’s 30-plus year career has successfully encompassed higher education and the business world. He has extensive experience in management, strategic planning, finance, and marketing. In addition to serving as president of Notre Dame College for the last five years, Kruczek led South Florida-based Lynn University’s College of Business & Management as dean, and served as executive director of the Center for Entrepreneurship at both Syracuse University and Rollins College.

He holds a bachelor’s degree in psychology and a master’s degree in business administration from the University of Notre Dame. A devout Catholic, he describes himself as passionate about the value of Catholic education and deeply committed to living a life of value to the greater community.

“It is a special and historic day as we celebrate the continuation of great leadership at Columbus,” said Brother Patrick. He also thanked all the Marist Brothers and lay faculty who have dedicated themselves to carrying out the Marist mission of “making Jesus Christ known and loved” at the school over so many years, especially outgoing president Brother Kevin Handibode.

“I am deeply honored to serve Christopher Columbus High School, an extraordinary school that is rich in tradition and strong in brotherhood,” said Kruczek. “It is my pledge to continue to serve God according to the Marist mission.” 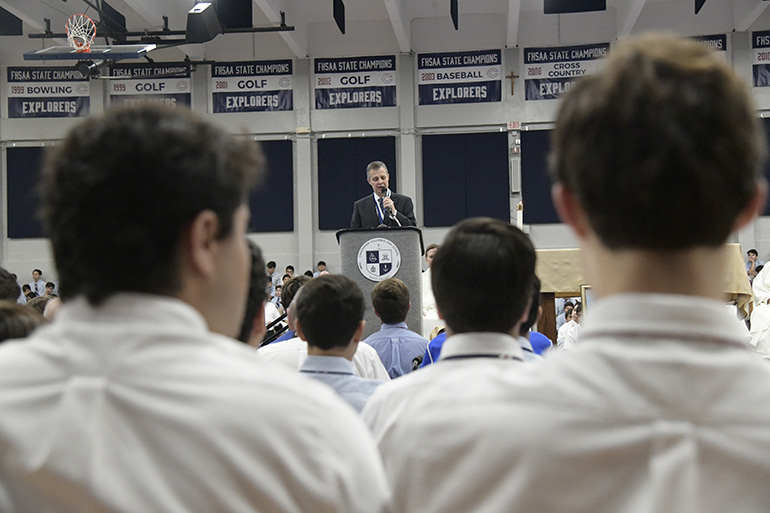