MIAMI | A view from inside the womb, and that of an adopted, rather than aborted, child took first and second place, respectively, in this year’s Respect Life Essay Contest.

“I’m living proof that the tests aren’t always right,” wrote Zachary Allman in his winning essay. His win marks the second straight year that a student from St. Gregory School in Plantation wins the contest. Another student from the school also won an honorable mention.

In her essay, second-place winner Angelina De La Guardia, of Nativity School, thanked her survival for the fact that she was born in a place where abortion is banned.

The winning essays were selected by the staff of the archdiocesan Respect Life Office, which seeks submissions every October from students in grades six through eight in archdiocesan schools.

This year’s essays focused on what it means to be pro-life, the horror of abortion and the wisdom of remaining chaste until marriage.

The essays “were characterized by creativity in expression, depth in reflection, and a wide range of topics on the core life issues,” said Joan Crown, archdiocesan director of respect life. “All of the essays submitted and chosen were evidence of these students’ trust in the teachings of the Church and that respecting life â those who are disabled, those in the womb, those who are immigrants, as well as respecting themselves and their own bodies â is a core Catholic belief that they hold as young individuals.”

Winners received a monetary prize â $100 for first place, $50 for second, and $25 for third â as well as seeing their essays published in the Florida Catholic and the archdiocesan website.

Here are their essays. 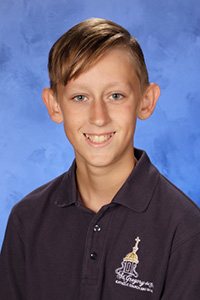 Conception. I’m alive. I am a fetus in my mom’s womb. I am four months old now. I spend my days stretching my arms and legs, and eating and breathing whenever my mom does. I can hear things, but it’s always a little muffled.

This doctor says, “You have the option to continue, or terminate the pregnancy.” Terminate? I hope they don’t terminate me, I know I have so much potential!

My older brother has autism. Nick can do pretty much everything I can do. He’s great at flag football. He can really remember things, including lots of details that most of us forget. My parents didn’t find out he had autism until he was four. If they had known it while he was still in the womb, I know my parents would have made the same decision that they made with me. We are pro-life.

This is an important topic today because many people decide to abort a baby that might have a disability. They are testing for Down’s syndrome and other disabilities during pregnancy, and aborting babies who test positive.

Too many people just look at how inconvenient it would be to have a child with a disability. They don’t think about the value of a life, and that all life is a gift from God. As Catholics, we believe that all life has value. I’m living proof that the tests aren’t always right.

Adoption is the better choice 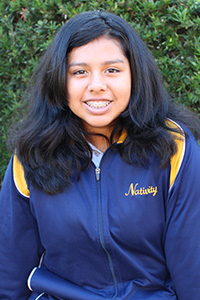 My name is Angelina and I was adopted when I was two months old. I believe abortion is wrong, because it's killing babies without caring that they could have a great future ahead. I know sometimes a young girl can be afraid. They don't have the money to take care of a baby, but they should find help at a Respect Life center. There they can speak to a counselor and maybe decide that giving the baby for adoption is a good choice. There are many families that want a baby for adoption.

I was born in Baja California, Mexico. In this state, it is not legal to have an abortion because you don't have enough money. The moms must choose between giving the baby for adoption or taking the baby to an orphanage. These choices are better than abortion and this is how it should be in this country. Abortion should not be legal for the mom just because she doesn't have a good job. I'm lucky I was born in Baja and not in Mexico City because their laws are just like in U.S. and many abortions are done every day. The doctors do not care that they are killing a baby, they are just looking at the money they can make. They don't think about the life they are ending that could have been an inventor, doctor or even a president

We must pray for all moms thinking an abortion is only answer. Adoption is a better choice. It means the mom really loved the baby and had the courage to give him the chance to live. It also answers the prayer of a family that has so much love to give to an adopted child. My prayer is: Abortion NO, Adoption YES, Amen!

Catholics should be pro-life 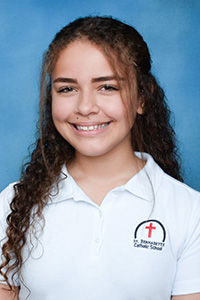 Over the years there have been debates whether Catholics should be pro-life or pro-choice. The fifth commandment says, “You shall not kill,” so Catholic law directs us to be pro-life.

To begin with, an unborn baby has a heartbeat and can feel pain. The baby's body functions the same way ours do, so abortion is inhumane, not to mention murder. If someone were to kill a toddler, the child would feel pain and suffer in the same way an unborn during an abortion. For example, the Pain-Capable Unborn Child Protection Act says, “Pain receptors (nociceptors) are present throughout the unborn child’s entire body and nerves link these receptors to the brain’s thalamus and subcortical plate by no later than 20 weeks after fertilization.” Therefore, the unborn baby can feel pain during an abortion making abortions inhumane.

Others may say that abortion supports women’s rights, and that a woman has the right to decide what to do with her body. What these women’s rights activist don't know is that abortion actually harms women more than anything. For example, sex-selection abortions occur in many parts of the world and affect females primarily. In the article, “Why We Should All Be Pro-Life,” by Joseph Meaney, the text states, “Undisputed evidence exists that over 100 million preborn women have been killed for the simple fact of being female since the 1970s and the problem is growing worse.” So does aborting baby girls actually support women’s rights?

As you can see, Catholics should be pro-life. If women didn’t have abortions, unborn babies wouldn’t feel pain and suffer in a place where they felt safe. Abortion does not support women’s rights; it actually reduces the female population. Be pro-life! Encourage others to do the same. 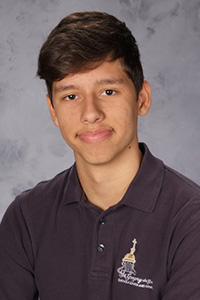 The Chastity Challenge isn't just about staying pure and chaste until marriage. It's much more than that. It's about taking a pledge to honor God and committing to it. Even though there's a lot of temptation you have to fight through it and if you ever feel confused or scared, about anything, you should pray to God. l, as a Catholic, believe that God has a perfect plan for my life and that plan includes me remaining chaste and pure until I marry my future soul mate. I also believe that God has had my plan way before I was even born.

Most of this generation doesn't understand the value of their body. In this generation there is a lot more temptation than there was back when your parents were in school. A few months ago. my parents brought up the topic about staying chaste, and they gave me a couple of tips. The first tip, that they passed on to me, was to “Take courage.” They said, “You will be put in situations where you are very uncomfortable, and you will have to be strong, stand up, and walk away.” The other tip was to “Stay close to God.” They said, “God is your best friend. If you don't feel comfortable about something, pray, and the answer will come to you.” Those tips are the best advice that I have ever received.

I know and believe with all of my heart that Jesus died for me, and everyone else on this earth so that we could all have eternal life. The least that we can do to repay and honor him is to respect our bodies. We should all, as Catholics, stay chaste for our future soul mate, and pure for our future child/children. It is a proven fact that if you stay chaste your relationship with God deepens. Also, being chaste dramatically increases your odds of having a lasting marriage. I have one question for you. Will you take the Chastity Challenge?

Babies are our future 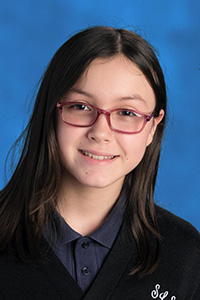 God, He is the creator of all things. All beautiful things have God's work behind it, including babies of course. Babies are our future. Most of us love babies, their little fingers, little toes, you wouldn't want to hurt them, would you?

Every single day there are more than 3,000 abortions in the United States alone.

You might be asking why people do such a thing. I personally think that they didn't know what they were getting into. It is a sin to abort a child, but as he always does, God will forgive you if you are truly sorry.

People think that just because God forgives you, it's no problem; but just because he forgives you does not mean it is right and that's one of the things that bothers me. They don't understand a child is a gift from God! Killing an unborn baby is wrong, even after rape. Two wrongs don't make a right.

I am sick of being told that it's just an abortion. I don't like the euphemisms. It's not a termination of pregnancy, it's a termination of human life! There is never a reason to murder a human child. Imagine what they would've grown up to be, a doctor, teacher, soldier, the possibilities are endless. l don’t want abortion to be illegal, I want it to be unthinkable.

Some people think abortion is the easy way out. After that there is nothing to worry about, it's all in the past. They don't know that just because you're not feeling emotionally bad those first couple months after the abortion doesn't mean you are never going to feel bad. I bet you that most of the women that have had abortions all regret it somehow. Abortion may seem the easy way out but it's actually the hardest.