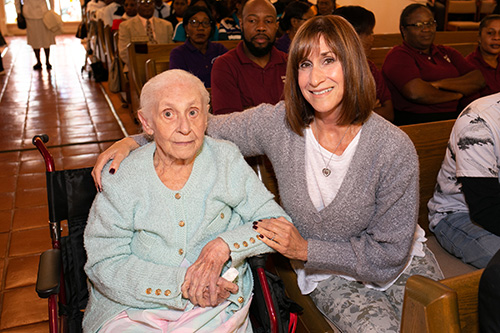 Helen Rutkowski, left, is a Hungarian-born resident of Deerfield Beach and member of St. Elizabeth of Hungary parish since 1964. With her is her daughter, Theresa Cussell of Deerfield Beach. Archbishop Thomas Wenski celebrated the Mass marking the 60th anniversary of St. Elizabeth of Hungary parish, Pompano Beach, Nov. 17, 2019. 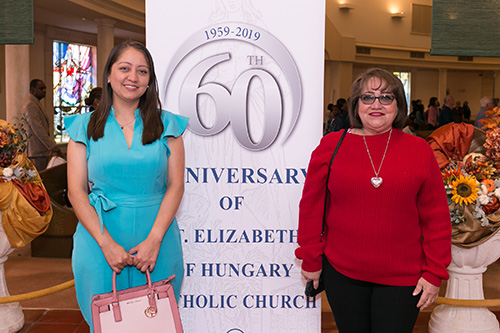 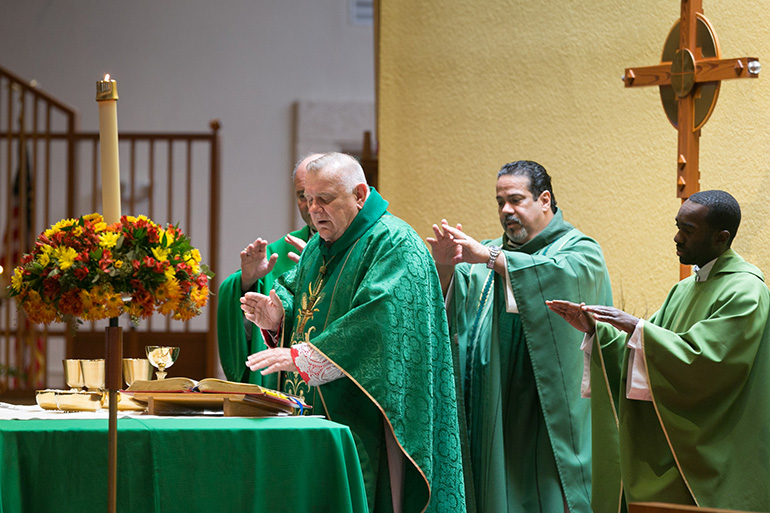