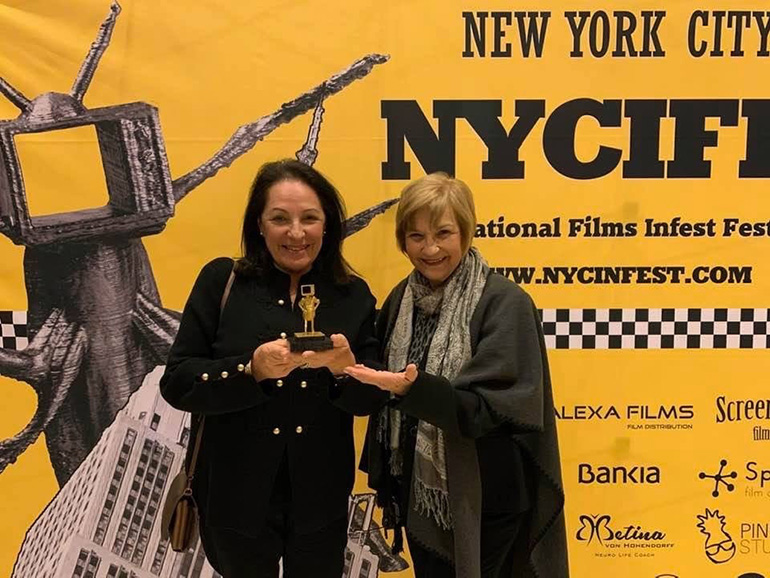 The awards were presented Oct. 18 in New York. Producer Carmen Valdivia, a Pedro Pan who chairs the group's Historic Committee, accepted the award, along with committee member and fellow Pedro Pan Carmencita Romañach.

Between 1960 and 1962, more than 14,000 unaccompanied Cuban children were sent out of the island by their parents to escape the repressive communist government. This “largest recorded child refugee exodus in the Western Hemisphere” was organized by then Father (later Msgr.) Bryan O. Walsh, a priest of the then Diocese of Miami. Working with other Catholic agencies throughout the country, diocesan personnel greeted the children upon arrival and found homes for them until they could be reunited with their parents.

Directed by Carlos Gutierrez, the documentary is a production of the Operation Pedro Pan Group Historic Committee in collaboration with the HistoryMiami Museum, a Smithsonian affiliate. The 90-minute program is based on research conducted by the Historic Committee and includes more than 22 interviews with former Pedro Pan children, mothers, caretakers, and historians.

The goal of the film is to ensure that the history and memory of the Pedro Pan exodus not be forgotten by future generations. To arrange for a screening of the film, contact [email protected].

Josephine Nabti - 11/03/2019 03:16 PM
We had many Pedro Pan children in our school in Tampa. We did not know this until many years later. What a sacrifice their parents made.... I hope this film will be aired on tv one day.

Dolores Piollack - 11/03/2019 10:45 AM
Congratulations! This is a MUST see documentary, so very proud of the dedicated group able to show the history, pain, struggle, that culminated in the success of the bravery of all the families that retook the risk for the only right thing to do at a painful time of uncertainty and fear. To the brave people of CUBA involved in making this happening, to the Catholic Church, both in the Islland and Miami, and to all those Niños that have made us so proud, my heartfelt THANKS! Blessings and may you be able to continue to show the world the real Cuban people!