Madeleine, the daughter of a Pace alumnus, won a $3,200 scholarship as a semi-finalist in the NHS program. She is the only such recipient this year from the Archdiocese of Miami.

With over 1,000 community service hours in civic education and community outreach, Madeleine has earned the Presidents’ Volunteer Service Award for the last eight years. 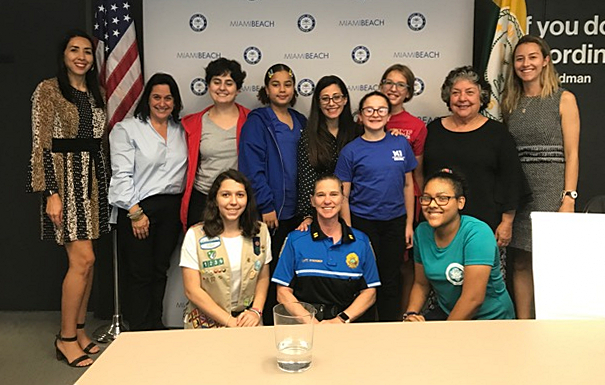 Madeleine Gonzales, lower left, poses with others in the Miami Beach leadership program. Madeleine, a senior student at Msgr. Edward Pace High School, has won a scholarship from the National Honor Society.

Madeleine is part of the National Honor Society, the Spartan Ambassador Society, the president of Pace Animal Welfare Society, and captain of the swim team. Off campus, she is a member of the Miami Beach Youth Commission, a seven-member advisory board that advocates for the needs of the young.

As a Girl Scout for the past ten years, Madeleine has earned the Bronze and Silver awards. She is currently working on her Gold Award, the highest award for Girl Scouts. That project is focused on civic engagement, including voter registration, civics education and working with organizations like the Miami Beach Youth Commission. 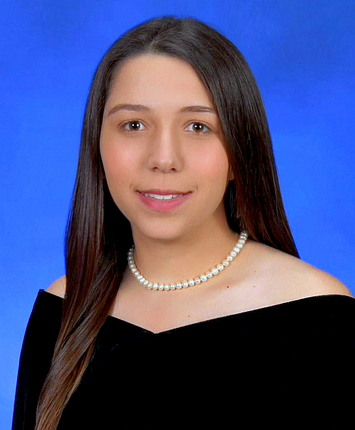 Madeleine Gonzales, a senior student at Msgr. Edward Pace High School, has won a scholarship from the National Honor Society.

“Through the Youth Commission, I have learned more about how the government works and how to participate in the process of advocating for the things you think are important and where you can have an impact," Madeleine said.

She added: “Having a position on the Youth Commission made me realize I have a unique opportunity to help create civic engagement and leadership opportunities for others who will come after me.”

Madeleine wrote about her experiences on the youth commission for the Council2College essay scholarship run by the Florida League of Cities. On April 20, she was notified that she won third place.

As a re-appointed member to the Miami Beach Youth Commission, she was recently elected as the vice-chair. In that position, she helped organized a symposium for middle and high school girls to learn about civics and leadership from female leaders in Miami Beach.

Beyond the conference, Madeleine and the Miami Beach Commission addressed topics such as the teen vaping epidemic. They also successfully recommended an ordinance regulating smoke and tobacco shops in that city. And they held a job fair to provide employment opportunities for teens with local businesses.

Currently, Madeleine is compiling a list of youth councils and leadership opportunities so that teens throughout Miami-Dade County can learn where to lead and volunteer in their communities.