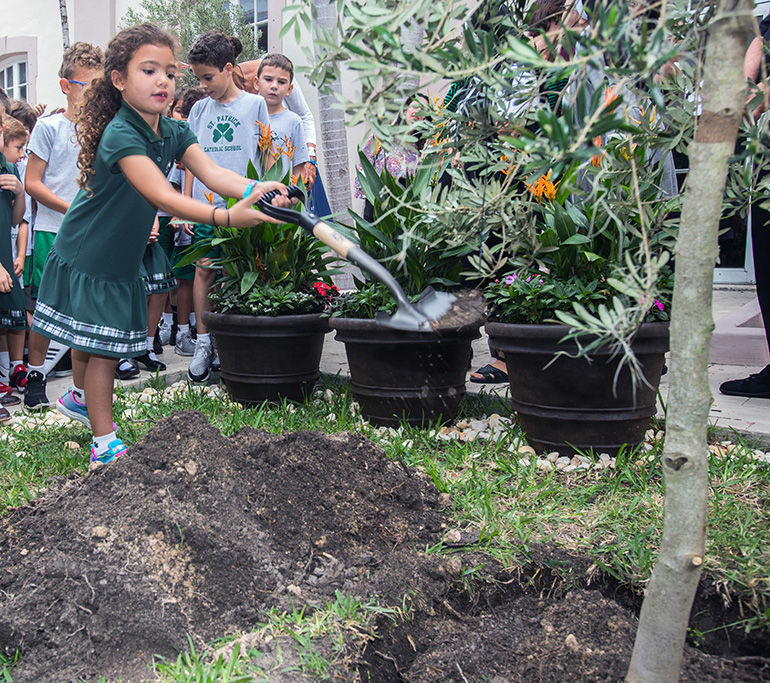 “We have often worked together for the betterment of the community,” said Father Cid. “We help each other out when necessary.” 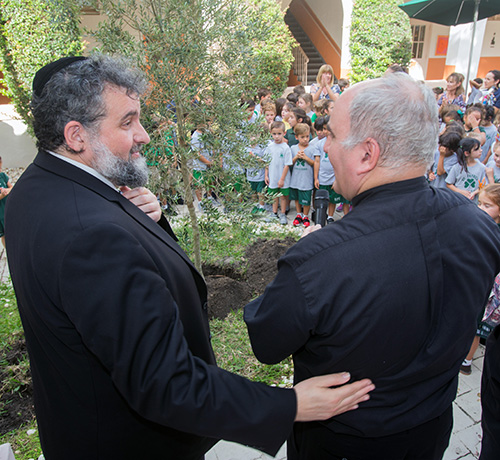 Rabbi Yitzi Zweig, left, of Talmudic University and St. Patrick's pastor, Father Roberto Cid, chat at the end of the ceremony Nov. 15. St. Patrick School officials plant an olive tree in the school yard as a sign of friendship between Christians and Jews. 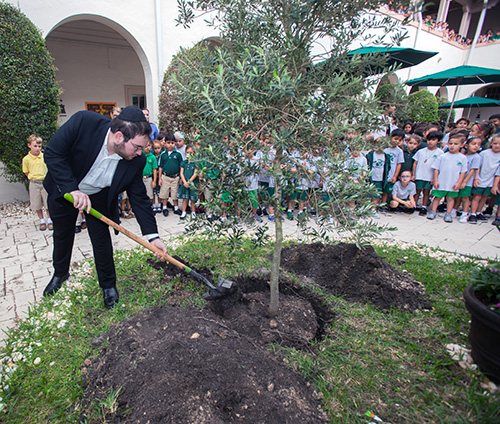 As an example, Rabbi Zweig lets St. Patrick use the university’s parking lot when there aren’t enough parking spaces for Easter and Christmas Masses. He has invited Father Cid to sample matzo bread and wine from Israel at Passover.

“I teach the rabbi Spanish and he teaches me Hebrew. We are both chaplains for the Miami Beach Fire Department. On Palm Sunday, I carried an olive branch that Rabbi Zweig gave me. I’m very proud of our partnership together,” Father Cid said.

As a longer-lasting symbol of their friendship, Father Cid decided to plant olive trees in St. Patrick School’s two courtyards. Father Cid and Rabbi Zweig dedicated the first of the two trees Nov. 15, during a brief ceremony with St. Patrick School students and staff as well as some students from the rabbinical college.

During the ceremony, Rabbi Zweig addressed the significance of the olive tree.

“Who knows why the olive tree is a symbol of peace?” asked Rabbi Zweig.

St. Patrick sixth-grader Amelie Capote, 11, answered from the second story school balcony, where some of the  students watched the ceremony along with those in the courtyard.

“It comes from the story of Noah and the ark,” she said. “Noah sent a dove out from the ark to see if there was peace in the world. When the dove returned with an olive branch in its mouth, Noah knew the waters had receded and there was peace.”

Father Cid said that he was following the example of Pope Francis. In 2014, the pope, the Israeli president, Shimon Peres, Palestinian president Mahmoud Abbas and Ecumenical Patriarch Bartholomew I planted an olive tree in the Vatican Gardens as a symbol of friendship between Christians and Jews. Israel’s national emblem contains a menorah in its center, with olive branches on both sides and “Israel” written in Hebrew at the bottom.

Eventually, Father Cid will plant another olive tree in the school’s butterfly courtyard, where there’s a statue of the Virgin Mary.

School staff members are raising money for a statue of St. Francis of Assisi in the courtyard where the first olive tree was planted. 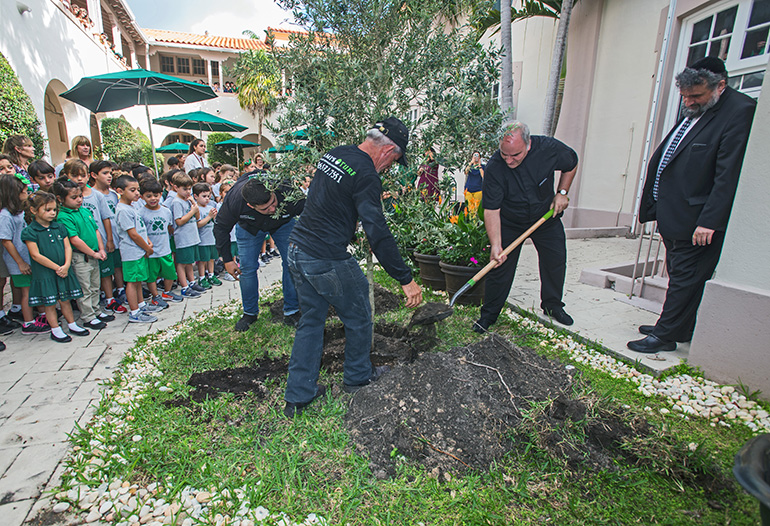