Cristo Rey Miami, a private Catholic institution, will be second of its kind in Florida 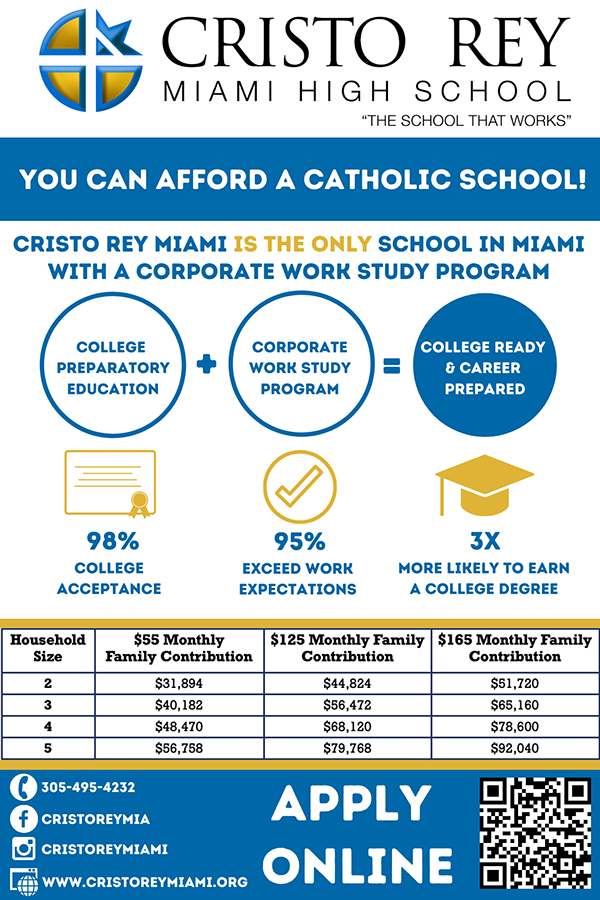 MIAMI | A Cristo Rey school is coming to the Miami area, and it's now accepting applications for qualifying ninth grade students for the 2021-2022 school year.

The co-educational school, which is expected to be centrally located in Miami, will be the second of its kind in the state of Florida, joining a similar high school in Tampa as one of nearly 40 Cristo Rey schools nationwide.

Organizers in south Florida originally hoped to start the Miami school in 2020 but the COVID-19 global pandemic prompted a reset until next year.

In 1996, the Cristo Rey program started in Chicago. The Society of Jesus there was looking for a way to help working-class and immigrant families attain good and affordable education for their children. The result was a college preparatory high school with an innovative business model called the Corporate Work Study Program, according to Cesar Muñoz, a 2007 graduate of the Chicago Cristo Rey school and newly named principal of the Miami school.

“There were eight or nine (Cristo Rey) schools at that time; this is the 39th and the plan is to have 50 Cristo Rey schools by 2027,” said Muñoz, whose wife and sister are also graduates of Cristo Rey Chicago.

In Miami, a Cristo Rey Feasibility Study Committee was formed in the summer of 2017. It reportedly has raised $2.5 million in private philanthropy plus capital and operating expenses while surveying the community for some 300 potential students.

During his studies, Muñoz said he held a work-study position with the prestigious Leo Burnett Worldwide, an advertising firm headquartered in Chicago.

“The whole concept and values taught through Catholic education really helped my mom and dad make the decision for Cristo Rey,” he said. “I don’t think we realized the impact the work-study would have on my formation — I feel like I grew up a lot faster than a lot of my peers.”

The Miami students will work five full days a month at a number of partner businesses across Miami: The earnings pay for 50% of each student's tuition, providing them access to a rigorous, quality, college preparatory education that otherwise would be too expensive. 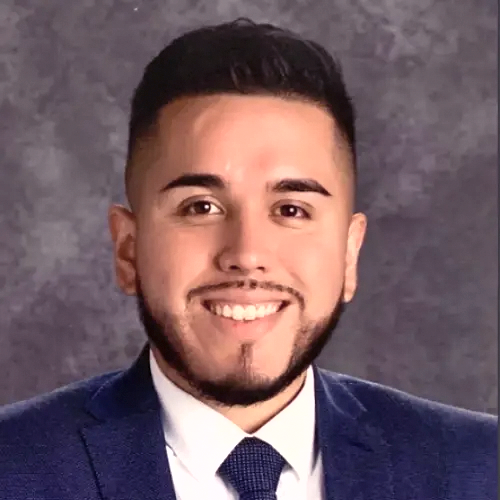 “That one day a week going to work there was a shift in my mind that I had to act professionally, and it helped me to grow up,” Muñoz said. “Other Catholic schools will form you and form you spiritually but the idea of going into a 43rd story building working for Leo Burnett — I absolutely loved it there, and I got offered a part time job after college.”

Muñoz, who grew up on Chicago’s south side, left the Leo Burnett agency thinking he would go on to enter college as a business marketing major. But he shifted his thinking towards a focus on social work and then towards education. He then spent several years as principal at a Chicago charter school before applying as principal of Cristo Rey Miami.

“Now is my opportunity to really give back to something that means so much to me; Cristo Rey became so much more than just a school for my family,” he said.

“We will continue to expand that list of job partners and by the time we open we will need to have 100 partners in order for each student to have a job. We definitely can send more than one student to the same business, and in our network we have some businesses that take up to 32 students every day,” Muñoz said.

Students will study on campus four days a week and work in the community one day a week on a rotating schedule, allowing the companies to staff a position for an entire week with four students.

Participating families will need to show that their annual income is below a qualifying threshold. They then can expect to pay on average between $50 and $75 in monthly tuition, according to Muñoz.