A profile of the new rector at St. John Vianney College Seminary in Miami 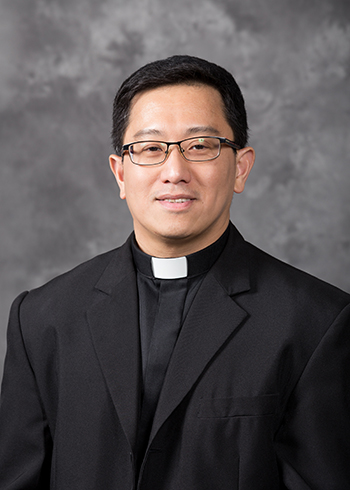 Father Ferdinand Santos took over as rector of St. John Vianney College Seminary in June 2017. He had served as professor at the seminary since 2007.

MIAMI | Just when he thought he was headed back to the Philippines, Father Ferdinand Santos got a call from Archbishop Thomas Wenski: Would he consider serving as rector of St. John Vianney Seminary?

Of course, he said yes, and has been on the job since June 2017. After all, he had been teaching at St. John Vianney since 2007, after getting another call. That time it was from a former classmate at the American College of the Catholic University of Louvain in Belgium, Father Robert Vallee, who teaches at St. John Vianney, asking Father Santos to fill in for another professor who had gotten ill.

Ordained in his native Manila 21 years ago by Cardinal Jaime Sin, Father Santos is the oldest of six children, four boys and two girls. Their home was devoutly Catholic.

“We had priests visiting our home for dinner on a regular basis. I wanted to be like them,” Father Santos recalled.

Both his parents are professors, and he also wanted to pursue an academic track within the priesthood. “Pope Benedict XVI and St John Paul II did that,” Father Santos noted.

In 2003, he was granted permission to travel to Providence College in Rhode Island, where he taught theology and philosophy from 2003 to 2007. That’s how he came to the U.S.

But he has been involved in seminary work since his earliest days in the priesthood, having taught philosophy at De La Salle University in Manila, Ateneo de Manila University, and Immaculate Conception Seminary in Bulacan, Philippines. In addition to teaching, he also served as dean of students, human and pastoral formation director and spiritual director at San Carlos Major Seminary in Manila; and as vocation director for the Archdiocese of Manila. 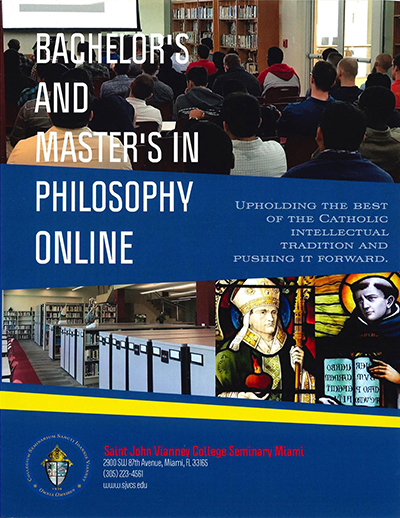 This year, St. John Vianney became the only freestanding college seminary in the U.S. to offer fully accredited online degrees in philosophy for seminarians, those in religious life, and lay people.

He sees his role at St. John Vianney as continuing to “develop vocations and build God’s priesthood.”

On a more practical level, the seminary is marking its 60th anniversary this year “and there is a lot of work and repairs to do,” he noted.

But seminary work is not just the responsibility of priests. “I want to reach out to the greater community for connections, support and prayers to continue this legacy,” he said.

A step toward doing that is the launch this academic year of “our online university for both seminarians and lay people alike.” The online program will offer fully accredited master’s and bachelor’s degrees in philosophy.

According to a press release, the online program allows St. John Vianney to “better position itself as an instrument of evangelization” while reaching out to the larger faith community. It is also in keeping with Pope Francis’ challenge to create “missionary disciples” who will “go out” into the “existential peripheries” of the modern age.

Father Santos also is an author whose seventh book is entitled, “Journey into the Heart of Christ, a Guide to Navigating the Waters of Seminary Life.”

But he is not an all-work-no-play type of priest. He describes his taste in music as “eclectic. I like heavy metal when I am working out in the gym, but other times I like classical, Gregorian chants and pop.”

Meeting him goes a long way to dispelling what he considers a priestly stereotype that should be discarded: “That a priest is surly, cantankerous and crabby, when in fact, most of us our outgoing and friendly.”

Asked about the person he most admires, Father Santos told this story:

“When I was in the Philippines, newly ordained, I met Lauren, who was a school teacher. She had a special knack for networking and bringing poorer people to priests.  She made me aware of a young woman by the name of Marina who lived in the slums.  Marina needed three heart valve replacements that would cost $18,000. Lauren came to me, asking me to raise the $18,000.

“I was dumbfounded, but Lauren said to be creative and reach out to my friends and family. I emailed my classmates in the United States and Europe. Within one week, we reached the goal of $18,000.

“I viewed this as a miracle because it changed me. I saw how God bridges the gap between human beings.” 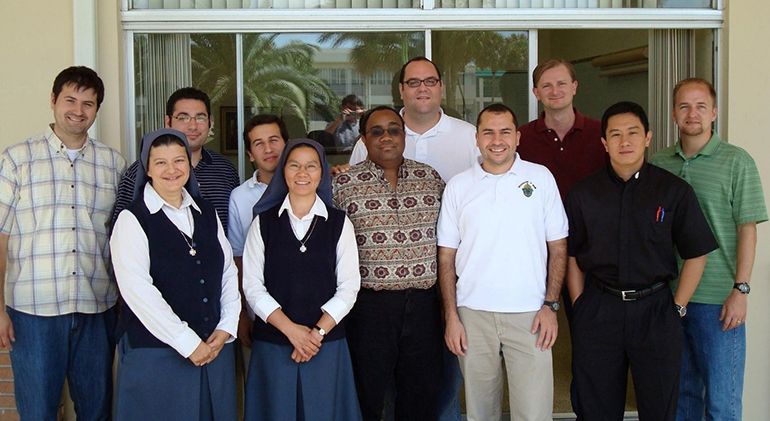 Lilly - 09/18/2019 11:10 PM
Great article. I wish Father Santos many more years at St John Vianney. I also wish they would give a bachelors and masters degree in theology.

Published 3 days ago
March for Life - beyond D.C.