'Legend' taught, mentored Columbus High students for 52 of his 73 years in religious life 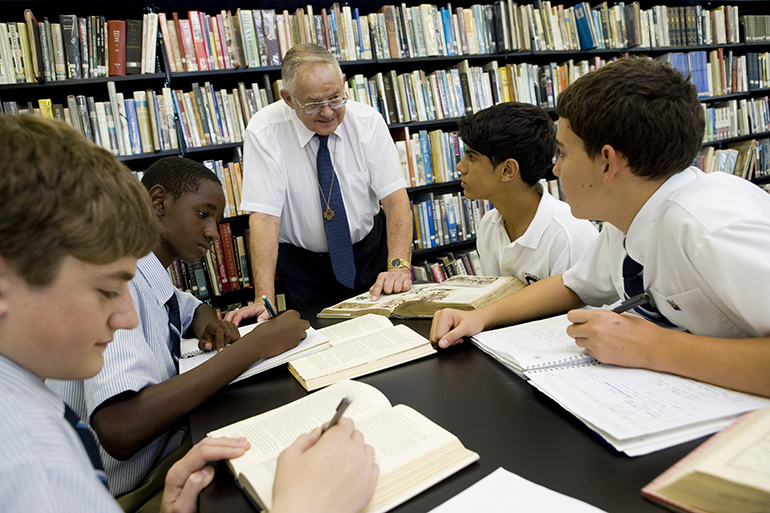 Marist Brother Eugene Trzecieski was well known for mentoring thousands of Christopher Columbus High School students over his 52-year career at the school, where he served as academic dean, treasurer, and teacher of Latin, philosophy, humanities, and English.

MIAMI | Thousands of alumni, along with current students and colleagues, are mourning the death of Marist Brother Eugene Trzecieski, a beloved, longtime educator at Christopher Columbus High School who died peacefully Oct. 26, 2020, less than one month from his 92nd birthday. 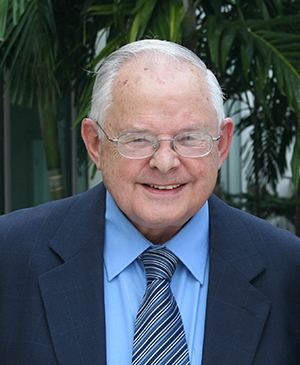 Brother Eugene was well known for mentoring thousands of Columbus students over his 52-year career at the school, where he served as academic dean, treasurer, and teacher of Latin, philosophy, humanities, and English.

"We have received hundreds of messages from his former students expressing condolences," said Cristina Cruz, marketing director at the Marist-run, all-boys school.

A tribute also came in the form of an obituary by Miami Herald reporter Howard Cohen, formerly its pop music and theater critic. Cohen, one of Brother Eugene's humanities students, recalled his "fabulous" teacher's "classical music soirées, his amusing banters with (fellow teacher) Mrs. Husted — and (his dog) Brandy," a St. Bernard that won the hearts of all the students and became the school’s mascot.

Brother Eugene was famous for his 12th grade “Philosophy of Being” class, which he taught for 43 years straight. He also was a key leader in extra-curricular activities, moderating the National Honor Society for 25 years, creating the school’s Student Activities Committee, and founding the Columbus Arts Society for Adults as well as the Erasmus Culture Club for students. For years he oversaw the gardening and landscaping of the school’s campus, a job he loved because of his great passion for nature.

Respected and loved by faculty, alumni, and students, he was known as a kind, wise and gentle man who inspired everyone he met. He always referred to his students as gentlemen, and never found the need to send a student to detention. 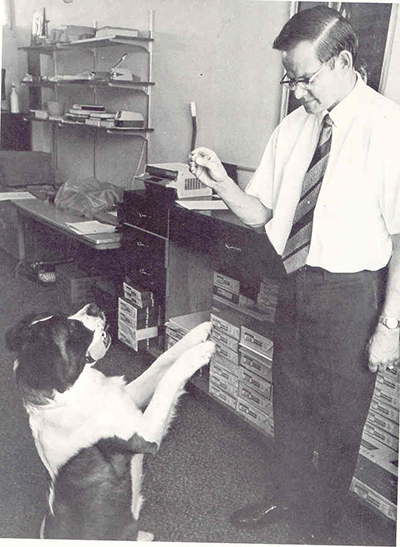 Marist Brother Eugene Trzecieski is shown here with his dog, Brandy, a St. Bernard that won the hearts of the students at Christopher Columbus High School and became the school’s mascot.

Although retired from teaching for the past 10 years, Brother Eugene remained actively engaged at Columbus, handling administrative duties. Until his death, he kept the school archives, a collection that he started in 1968 and that today contains hundreds of bound books and files which he neatly organized.

It was Brother Eugene who came up with the idea to publish the school’s first history book to commemorate its 50th anniversary in 2008. He wrote the book, entitled “50 Years Exploring Christopher Columbus High School,” with fellow teacher John Lynskey. Brother Eugene also authored another book, "The Greatest Discovery in the World: The Being called I."

In 2011, the Columbus family honored Brother Eugene by dedicating one of the school’s outdoor plazas to him. Brother Eugene Plaza features a bronze bust of his likeness that will now serve as a reminder of his dedication to leading the young men of Columbus in their pursuit of beauty, goodness, and truth.

"Brother Eugene will always be a Columbus legend that made Jesus known and loved," wrote Gerardo Gonzalez, director of Campus Ministry and a 1989 graduate, in an email to the school community.

He called Brother Eugene "an inspirational teacher" whose motto was “a mind made noble leads a noble life.” For Brother Eugene, Gonzalez wrote, “The ultimate goal is to search for truth and beauty.”

After earning a bachelor's degree in math at Marist College, he began his teaching career in 1950 at St. Ann’s Academy and Archbishop Molloy High School in New York. He professed his final vows June 30, 1953.

He earned a master's in Latin and Greek from Hunter College in 1961 and served as the Master of Novices in Esopus from 1965 to 1968, when he arrived at Columbus as a member of the faculty.

A funeral for Brother Eugene will take place at a future date in New York. The Columbus community is also planning to celebrate his life at a later date.

Rev. Mr. Armando de Leon - 10/29/2020 11:13 AM
Brother Eugene was a good man, a true follower of St. Marcellin Champagnat, and a fabulous teacher. He taught me Latin at CCHS, and we later became good friends and colleagues as teachers at Columbus. He truly was my mentor. I am sure he is praying for the entire Columbus community. May the angels welcome him into paradise, and may he rest in peace. His funeral mass will be livecast from Esopus New York on Saturday at 11:30 am on the Marist Brothers Facebook page. God bless Brother Eugene and all the Marist Brothers who have dedicated their lives to ensuring that no child dies without knowing Jesus. Ad Iesum per Mariam!

Carlota E. Morales, E.D. - 10/28/2020 08:27 PM
Dear Columbus Family, Please accept my deepest sympathy for the death of Brother Eugene. He was a vivid example of the teachings of the founder of the Marist community. May he Rest In Peace . Carlota E. Morales, Ed. D.