MIAMI | The late Justice Ruth Bader Ginsburg will enjoy a long legacy given her prolific output of written opinions and her advocacy work before joining the U.S. Supreme Court, according to a Miami academic who knew her personally. 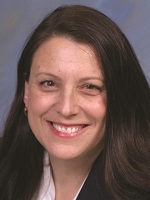 Claire Osborn-Wright, a visiting associate professor of law at St. Thomas University, was one of six clerks at the U.S. Court of Appeals for the D.C. Circuit from 1983 to 1984, a clerkship that enabled her to work closely with and mentor under then-Judge Ruth Bader Ginsburg.

“As Chief Justice John Roberts said at her (eulogy) service, she wrote well over 400 (majority, concurring, and dissenting) opinions — we have a common law system and courts are supposed to follow precedent and that is a lot of precedent left behind,” said Claire Osborn-Wright, a visiting associate professor of law at Miami’s St. Thomas University and a former academic from San Diego, California.

In anti-death penalty and pro-immigrant opinions, Ginsburg sided with Catholic Church leaders, but she differed with them in her support for legalized abortion, same-sex marriage and the mandate that contraception be covered in all health insurance plans.

Professor Wright said that she was one of six clerks working in a special clerkship serving the U.S. Court of Appeals for the D.C. Circuit from 1983 to 1984. That special clerkship enabled her to work closely with and mentor under then-Judge Bader Ginsburg.

The two continued their acquaintance over the years through law societies such as the American Law Institute and legal conferences including the annual Ruth Bader Ginsburg Women and the Law Conference at the Thomas Jefferson School of Law in California.

“I last saw her in 2017 at one of those meetings,” Wright said by telephone Sept. 24, 2020, adding that she would place the late Justice at the ideological center of the D.C. Circuit Court of Appeals.

That Court then included the late Antonin Scalia, the late Judge Robert Bork and Judge Kenneth Starr on the right, and Judge David L. Bazelon and Judge J. Skelly Wright on the ideological left. Wright added that while then-Judge Ginsburg had been an activist and advocate for women’s rights before working as a judge, she put her past advocacy aside while serving on the bench.

Justice Ginsburg, who died Sept. 18, 2020 at the age of 87, had been a litigator and director of the Women’s Rights Project of the American Civil Liberties Union during the 1970s. She was also the first tenured female professor at Columbia Law School before moving to the U.S. Court of Appeals and then the Supreme Court.

After the 2010 retirement of Justice John Paul Stevens, Justice Ginsburg was remembered as the senior member of a four-justice liberal cohort, consisting of the three female justices and Justice Stephen G. Breyer.

But back in the 1980s, Judge Ginsburg sat in the ideological center of the D.C. Circuit, according to Wright.

“She saw her role as a judge to interpret the law in front of her and not to advocate for any position or to write the law, which I — a newly-minted law graduate who wanted to change the world — found a bit frustrating at times,” Wright said. “I quickly learned that she was right.”

Justice Ginsburg may have felt obligated to provide lengthier explanations of her dissenting opinions once the Supreme Court began to trend toward the right, “but she still faithfully applied the law as she interpreted it to the facts of each case, without being result-oriented or imposing her personal views,” Wright said.

The late justice will also be remembered for her work ethic and for being a stickler for an economy of punctuation and grammar in legal writing, insisting that wordy and redundant legalese not get in the way of understanding the law, Wright added.

“No matter how early you came into the office, you could count on her being there first, and she always was the last to leave the office as well,” Wright said. “She was a terrific mentor for me as she was for many people. She came across as a very demanding mother.”

Justice Ginsburg’s own life story showed that if you work hard you can make a positive impact in this world without being loud or boisterous.

“She was very compassionate, and you know that she wanted the best for you, and she would always make time for you if you needed her advice. But at the same time, she always wanted you to try your best, as she did,” Wright said.