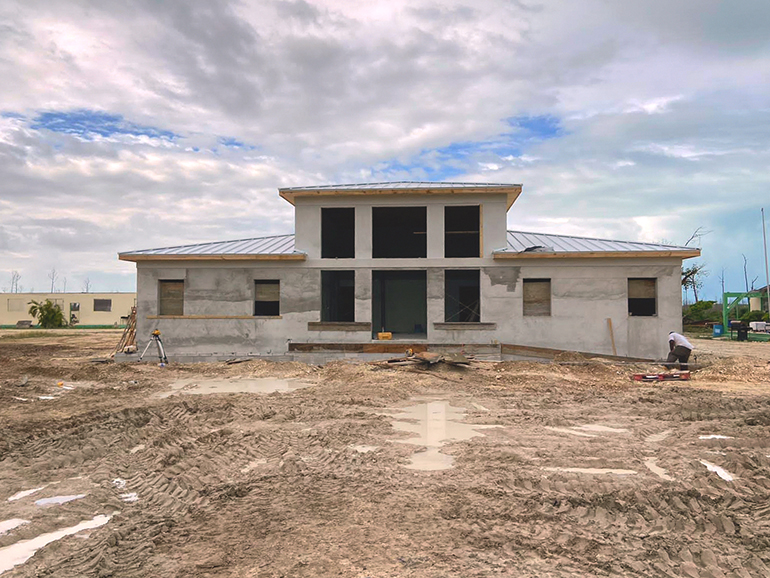 Recent photo of the new administration building at St. Francis de Sales School in Marsh Harbour, Abaco. It is scheduled to be in use by early next year.

MIAMI | Despite curfews, lockdowns and COVID-19 travel restrictions, rebuilding of a Bahamas church destroyed in 2019’s Hurricane Dorian is about to begin — with a little help from Miami.

The category 5 Hurricane Dorian made a prolonged landfall in the northern Bahamas Sept. 1-3, 2019 as one of the strongest storms in Atlantic history, with sustained wind speeds maxed out at 185 mph. It tied a handful of other hurricanes as the second-strongest storm in the Atlantic since 1950 and left several church properties damaged or badly destroyed.

But a gift of $340,000 awarded by Catholic Charities USA and facilitated through Catholic Charities of the Archdiocese of Miami will assist Bahamas Catholics with some of their priority recovery and rebuilding projects. That includes Sts. Mary and Andrew Church and rectory in Treasure Cay in the Abacos Islands, which was rendered “a pile of rubble” by Dorian’s storm surge.

“We have the plans for rebuilding the church and we are working on putting together the resources to do that. We are hoping to get started before the end of this calendar year,” Nassau Archbishop Patrick Pinder told the Florida Catholic in a mid-November phone conversation.

Miami’s Ben Lopez & Associates architectural firm, which specializes in church design, has developed the plans for the new Sts. Mary and Andrew Church. The Lopez firm has designed at least two other churches in Nassau.

Archbishop Pinder talked about the yearlong post-hurricane rebuilding and recovery projects in the Nassau Archdiocese along with the impact of the global pandemic, which has badly hampered the travel and tourism economy in the Bahamas.

The Archdiocese of Miami and Catholic Charities of Miami have been providing logistical support and donated materials to the church in the Bahamas over the past year. In addition, a special Hurricane Dorian appeal throughout the Catholic community of South Florida last year generated some $913,000 for Hurricane Dorian relief in the Bahamas, according to Peter Routsis-Arroyo, CEO of Catholic Charities of Miami. 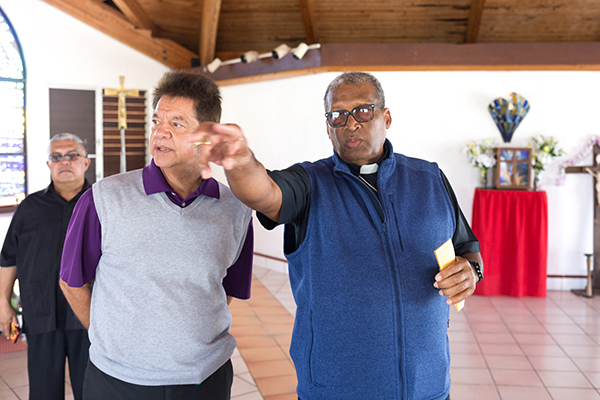 The Miami Archdiocese has sent over a number of moveable trailers with emergency relief supplies for distribution in Grand Bahamas and Abaco.

“Most of the funds raised will go to rebuilding. We will also continue to help with direct assistance and direct humanitarian aid,” Routsis-Arroyo said.

Mary Star of the Sea Parish in Freeport, Grand Bahama, has served as a key point of hurricane relief in that area. In addition, a partnership between the Nassau Archdiocese, Caritas Antilles and Catholic Relief Services has been accelerating home refurbishment, mental health programming and emergency supply distribution at so-called resiliency centers for that island. That group recently completed several pilot projects resulting in two newly built homes in eastern Grand Bahama.

“In the meantime, they are doing lots of psycho-social work and continuing with the (refurbishing) of homes,” Archbishop Pinder said. “We also have been doing a number of food distributions. Our focus tends to be on what we call targeted distribution where we can find people who have been overlooked and to make sure they get baskets of food. We go to the community and you look for people who may have been overlooked maybe due to some kind of disability.”

The Caritas resiliency centers also offer counseling and stress management classes “to help people get some degree of normalcy and a sense of connectedness, and to put people in touch with existing social service agencies,” the archbishop said.

Hurricane Dorian also severely damaged two Catholic schools in Abaco that have remained shuttered for most of the last 12 months: St. Francis de Sales Catholic School and Every Child Counts School for Special Students in the town of Marsh Harbour.

In mid-October, St. Francis de Sales School reopened for some 80 primary school students in a virtual mode, and planned to move into in person instruction in mid-November. The special needs school remains in need of more extensive repair.

The re-opening of St. Francis de Sales School has been a morale booster for the wider Marsh Harbour community, according to Archbishop Pinder. “It is a tremendous psychological boost to the community with a school coming back like that,” he said.

“One of the things we don’t think about when rebuilding after a tragedy or natural disaster is that there is a tremendous boost that happens when people see their community coming back again. That is across the board — you rebuild a Catholic school and the entire community is lifted up by that,” Archbishop Pinder said.

Hurricane Dorian’s official death toll is listed at 50, with many others assumed missing or dislocated to other places following the storm. Many Bahamians fled to the capital city of Nassau, where they enrolled their children in schools, while others went to other islands or even Florida in the immediate aftermath of the disaster.

Most of the temporary shelters have closed and evacuees have either returned to Abaco or found new local housing, according to Archbishop Pinder.

The Bahamian government estimates that Dorian affected 70,000 people, some 60% of whom may have lost their homes. A report from the Bahamas Catholic Board of Education noted that while Abaco was most severely impacted by the storm, Grand Bahama also received significant damage with only five miles of the island not flooding. Flooded homes impacted approximately 85% to 90% of the student population.

Internally, the Nassau archdiocesan hurricane outreach is being managed by the Nassau Archdiocesan Office of Family Life, in direct response to evacuees coming mostly to New Providence from Mary Star of the Sea Parish in Grand Bahamas and St. Francis de Sales and Sts. Mary and Andrew Parishes in Abaco. 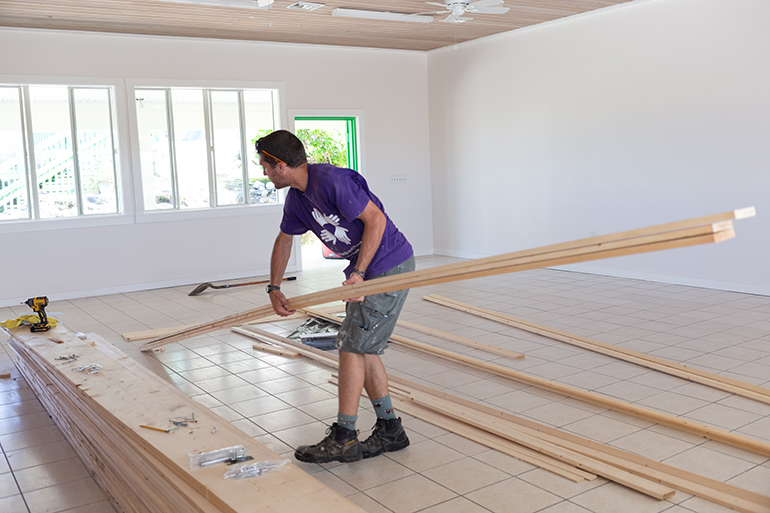