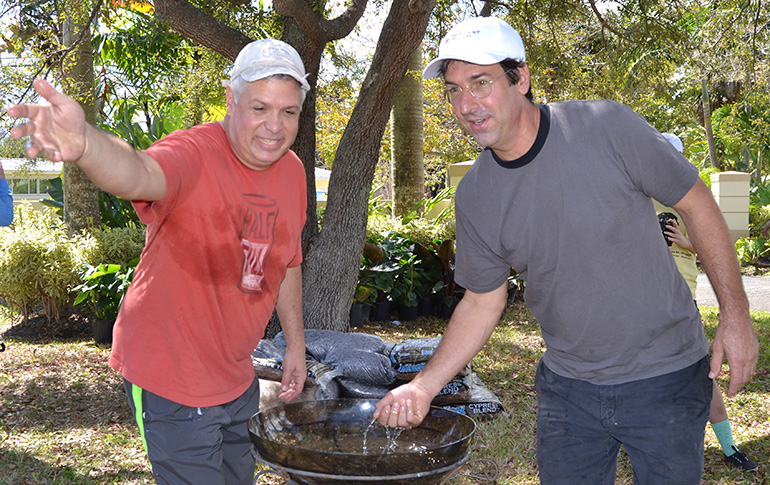 MIAMI | Pastor Andreas Thode swears by labyrinths. He used a roll-up cloth labyrinth last Holy Thursday with his congregation, Living Faith Lutheran in Pembroke Pines. He encouraged people to walk a labyrinth after the 9-11 terrorist attacks. And he's helping create one in South Florida.

"I've seen the spiritual power it can release," said Thode during "Digging Deeper than Doctrine," the recent labyrinth groundbreaking at MorningStar Renewal Center. "It helps you connect with God and with your brothers and sisters in Christ. And it's good to walk side by side in building a labyrinth, and in walking it."

Thode is part of a Catholic-Lutheran committee planning observances for the upcoming 500th anniversary of the Reformation, and those events started with the labyrinth groundbreaking on Feb. 26. Planners hope the project will encourage people to pray and meditate. They can even help build the structure without debating beliefs.

Labyrinths are sometimes confused with mazes, but they're different in structure and purpose. A maze is a path with branches and dead ends, meant to challenge those who enter. A labyrinth typically has only one path, with a single entrance and exit; it's meant to slow down the walker, moving him or her into prayer or meditation. 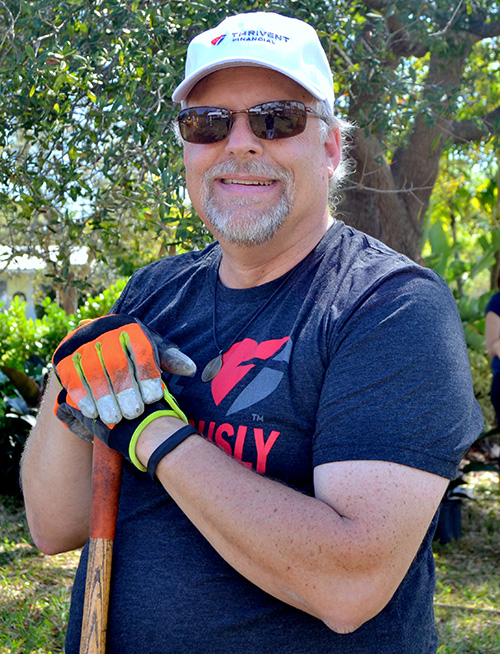 A labyrinth walk has been compared to a symbolic pilgrimage, with the path folded onto itself. But instead of a geographic endpoint, the destination is within oneself.

European churches began using labyrinths as virtual pilgrimages in the Middle Ages, when Islamic conquests made visits to the Holy Land hazardous. But the designs go further back: Archaeologists have found labyrinthine patterns carved into rocky outcrops in northwestern Spain, dating to the second millennium B.C. Other ancient labyrinths have been spotted in Roman mosaics, petroglyphs in India and the Nazca Lines of Peru.

Despite their age â or maybe because of it â labyrinths nowadays seem more popular than ever. The Labyrinth Society offers an introduction to the structures and their purposes. A database called the Worldwide Labyrinth Locator lists more than 5,200 in 80 countries â from Argentina to Denmark to Israel to Nepal to Taiwan.

Florida alone has more than 130 labyrinths, with 29 of them listed within 100 miles of Miami. Sites include Episcopal, Unity, Presbyterian, Congregational, Unitarian Universalist and United Methodist churches. Secular sites, too, are listed: Florida Atlantic University, Broward College, a Montessori school, a pharma research firm, Naples Botanical Garden across the state.

You can trace online labyrinths with a mouse, or you can trace one with your finger in a labyrinth bowl. You can buy labyrinth T-shirts and coffee cups. You can get a medallion of the labyrinth on the floor of Chartres Cathedral in France â Thode wears one himself.

He said the local Reformation 500 Committee decided to start events with a labyrinth because of its meditative nature. It also had the virtue of getting people together for a project, whatever their religious background.

Labyrinth walks also helped calm people after the 9-11 terrorist attacks in 2001 at Thode's former church in Queens, N.Y., he said. "Young people were afraid of going on subways. Walking the labyrinth helped expand their spirits. When you're not walking alone, it makes all the difference in the world."